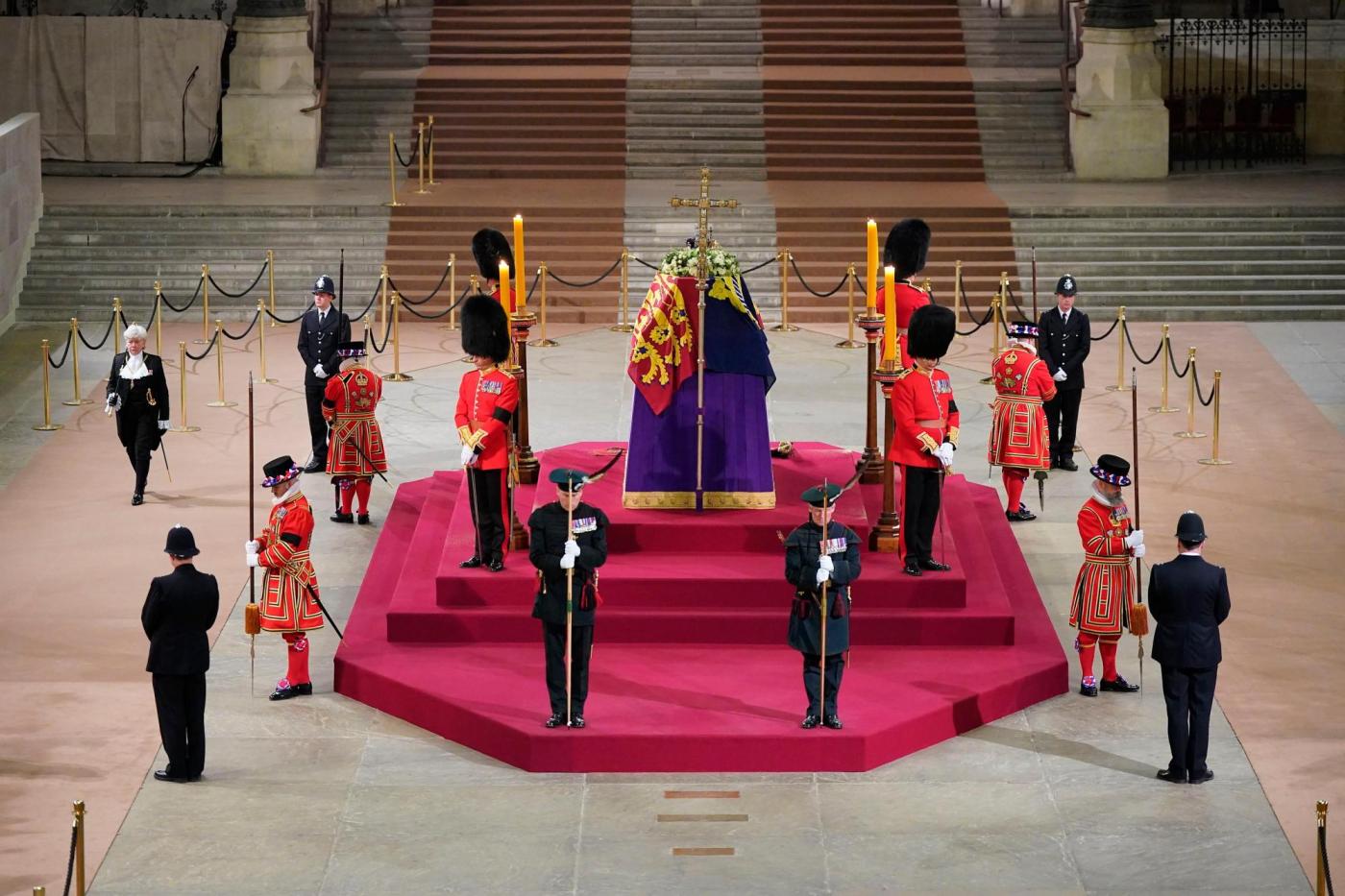 LONDON — A two-minute silence has been observed across the United Kingdom in memory of Queen Elizabeth II as the late monarch’s state funeral service drew to a close in Westminster Abbey.

Britain’s royal family, along with hundreds of world leaders and dignitaries gathered at the Gothic abbey in London for the service Monday, lowered their heads as Household Cavalry trumpeters played “The Last Post.”

The congregation then observed a two-minute silence before singing the national anthem.

A lament, played by the Queen’s Piper, brought the service to a close.

After the service, the queen’s coffin was to be laid to rest at Windsor Castle .

— Britain and the world to lay Queen Elizabeth II to rest

Queen Elizabeth II has died after 70 years as British monarch

— Queen paved the way for transition to Charles in final years

LONDON — Archbishop of Canterbury Justin Welby has said “few leaders receive the outpouring of love we have seen” for Queen Elizabeth II.

In a sermon at the monarch’s funeral in Westminster Abbey, the leader of the Church of England said the queen “was joyful, present to so many, touching a multitude of lives.”

Recalling the queen’s promise on her 21st birthday that “her whole life would be dedicated to serving the nation and the Commonwealth,” Welby said: “Rarely has such a promise been so well kept.”

The funeral service includes readings and hymns of significance to the queen, including the hymn “The Lord’s My Shepherd,” which was sung at her wedding to Prince Philip in the same abbey in 1947.

LONDON — The funeral of Queen Elizabeth II is underway at Westminster Abbey, where …read more

Howard Schultz is stepping down this month as Starbucks CEO. He joins a growing list of executive departures in 2022, including Meta’s Sheryl Sandberg and a slew of retail CEOs.