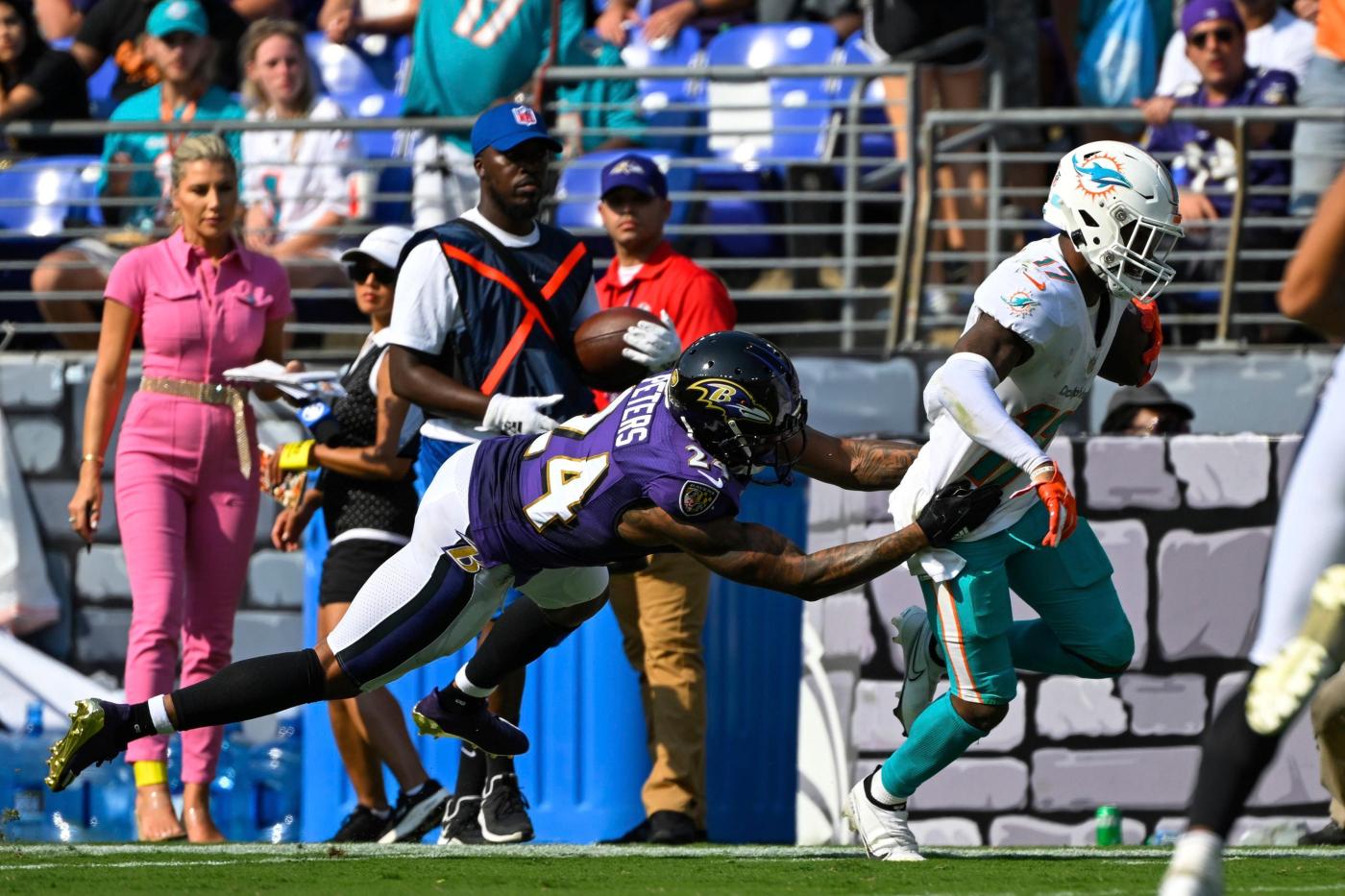 The Ravens eased cornerback Marcus Peters back into their rotation on a day when their defense gave up 28 fourth-quarter points in an ugly collapse. On offense, they could not settle on a No. 1 running back as their ground game continued to sputter.

Observations: None of the running backs played more than 36% of the team’s offensive snaps as the Ravens continued to scrape for production from their backfield. They again turned to Drake first, but he did not produce, and Hill ended up playing the most. Ricard played more snaps than any running back or wide receiver. Again, they did not work any of their wide receivers particularly hard; Bateman led the way, playing 61% of offensive snaps, with Duvernay (who left the game late with a concussion) right behind him as a clear No. 2 and Robinson as the No. 3. Oliver played more snaps than Likely despite Likely’s greater production as a receiver. The Ravens kept the same offensive line, with Mekari at left tackle, on the field for every snap, though they did use Faalele as a sixth lineman in short-yardage situations.

Observations: A groin injury limited Humphrey to 79% of the team’s defensive snaps, and the Ravens were careful with Peters’ workload after he missed all of last season and the opener as he recovered from a torn ACL. With their starting cornerbacks out on some key plays, they threw rookies Armour-Davis and Damarion Williams into a trial by fire. Given the secondary’s catastrophic performance in the fourth quarter and the injury questions still swirling, it will be fascinating to see how the rotation shakes out in the …read more

Chase and DoorDash will soon launch the DoorDash Rewards Mastercard, and it promises exclusive rewards and perks