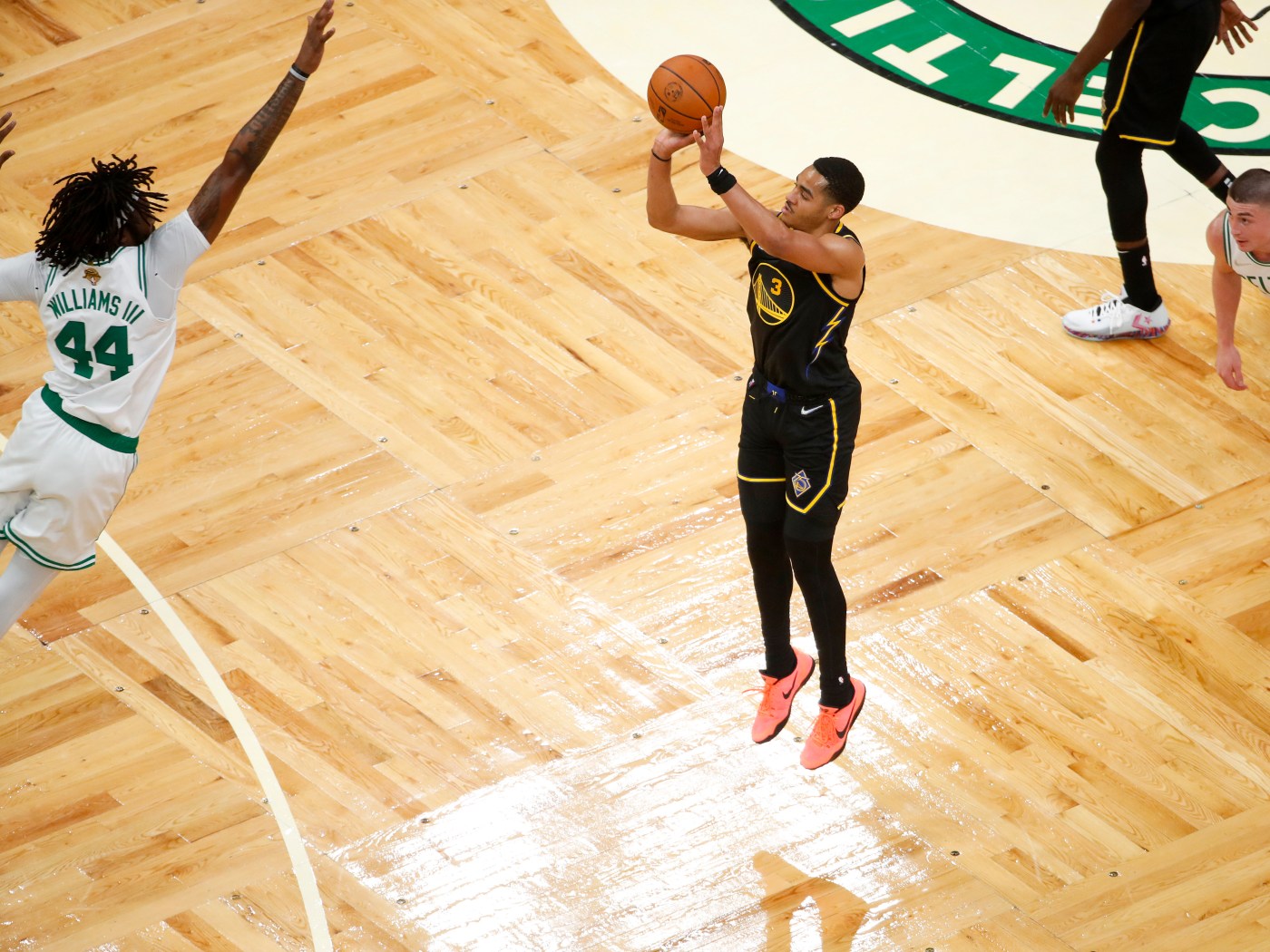 Jordan Poole bet on himself when he left Michigan after two seasons. Now it might be time for the 23-year-old to take a gamble on himself again.

A season after spending time in Santa Cruz, home of the Warriors’ G League affiliate, to sharpen every aspect of the game, Poole became one of the league’s biggest breakout stars during the 2021-22 campaign with his flashy scoring and long-range shooting capabilities.

Poole, the 28th pick in the 2019 draft, went from averaging 12 points during the 2020-21 season to 18.5 points this season while playing a bigger role with the team. The crafty scorer went on a tear in the final six weeks of the regular season, averaging 24.7 points, 5.4 assists and 4.1 rebounds in 21 games that included 16 starts in place of an injured Stephen Curry. During that span, the best of his three-year career, he shot 47.3% overall, 41.9% from deep and 92.5% from the foul line, which he got to an average of more than four times each game.

The Warriors enjoyed some impressive playoff performances from Poole, who recorded double-digit scoring mainly off the bench in 19 of 22 games.

Last season’s showing makes the $3.9 million Poole is set to make this season a steal for the Warriors, who should be hoping to lock in Poole, their most proven asset of the team’s youth movement, for years to come.

Poole became eligible to sign a rookie extension July 6. If his camp and the Warriors don’t come to an agreement on something by Oct. 17, he’ll be a restricted free agent next summer, putting his future in San Francisco in jeopardy.

Barring any setbacks or an epic implosion, Poole’s stock seems to be on the rise, giving him bargaining power.

There were a few offseason transactions that paint a better picture as to what Poole can look to expect if an offer comes to the table. Anfernee Simons, the No. 24 overall pick of the 2018 draft, inked a four-year extension reportedly worth $100 million with the Trail Blazers, and RJ Barrett, the No. 3 overall pick of Poole’s draft class, signed a four-year, $120 million extension with the Knicks. Another noteworthy deal is Jalen Brunson’s four-year, $104 million contract with the Knicks that came in the wake of his best season yet.

Poole still has plenty of room to grow on the defensive end but he has clear scoring prowess.

Will Jordan Poole bet on himself again as Warriors’ extension deadline looms?

French bulldogs are king of the kennels, but there are other breeds

Do COVID vaccine mandates still make sense as other pandemic orders wind down?

Ravens vs. Dolphins scouting report for Week 2: Who has the edge?