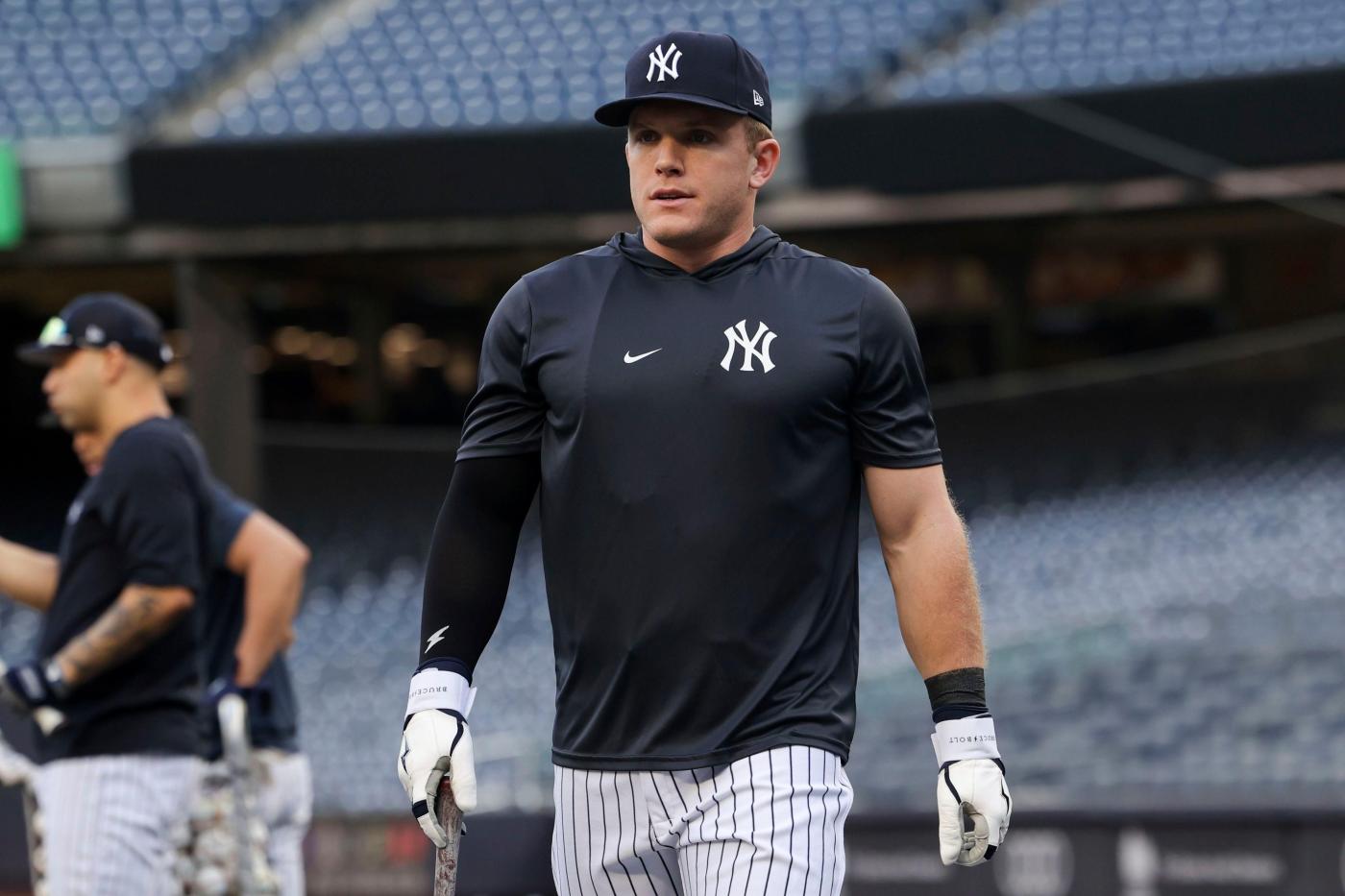 Seven weeks after they traded for him, center fielder Harrison Bader made his Yankee debut in the Bronx on Tuesday. The Bombers traded lefty Jordan Montgomery for Bader, even though Bader had not played since June because of plantar fasciitis. The New York native was excited to put the injury and rehab in the past and get going against the Pirates at Yankee Stadium.

“I’m excited to get on anything. I’m excited to put on any big league uniform and I’m excited to go out there and compete at the major (league) level,” Bader said. “So it’s definitely some special history for me here, I was in the stands here when I was younger.

“But, again, at the end of the day, we got to be effective,” Bader said. “We got a baseball game to win so I’m just gonna focus on taking clean routes to the ball and go out there and just hit my first cut off man.”

Bader, who grew up in Bronxville and went to the private school Horace Mann, was a career .246/.320/.409 hitter in six seasons with the Cardinals. He has 52 career homers and 168 RBI. Bader is recognized as a defense-first player, and one Cardinals official said they were willing to move him because they think he has hit his ceiling offensively.

Bader played in just 72 games this season before being shut down because of the foot issue, which he said had been nagging him since spring training. He spent his first seven weeks with the Yankees just trying to get back on the field.

“I mean, there’s a lot of stuff that went on behind the scenes but I’m not really going to build it up to more than what it is,” Bader said of getting back. “I know we got a familiar opponent for me, obviously a team coming from the NL Central, so I’m just focused on what we have to do to win tonight and put everything that I had to get here on the side because I went through it. It’s in the past and again, I’m just looking forward to being effective tonight.”

Bader was hitting seventh in Tuesday night’s lineup and manager Aaron Boone was eager to see what he has in the outfielder.

“I know he’s been champing at the bit for a while. I feel like his rehab over the last week was going really well. He’s been able …read more

49ers’ defense, led by Nick Bosa and playmakers at every level, holds key to immediate future