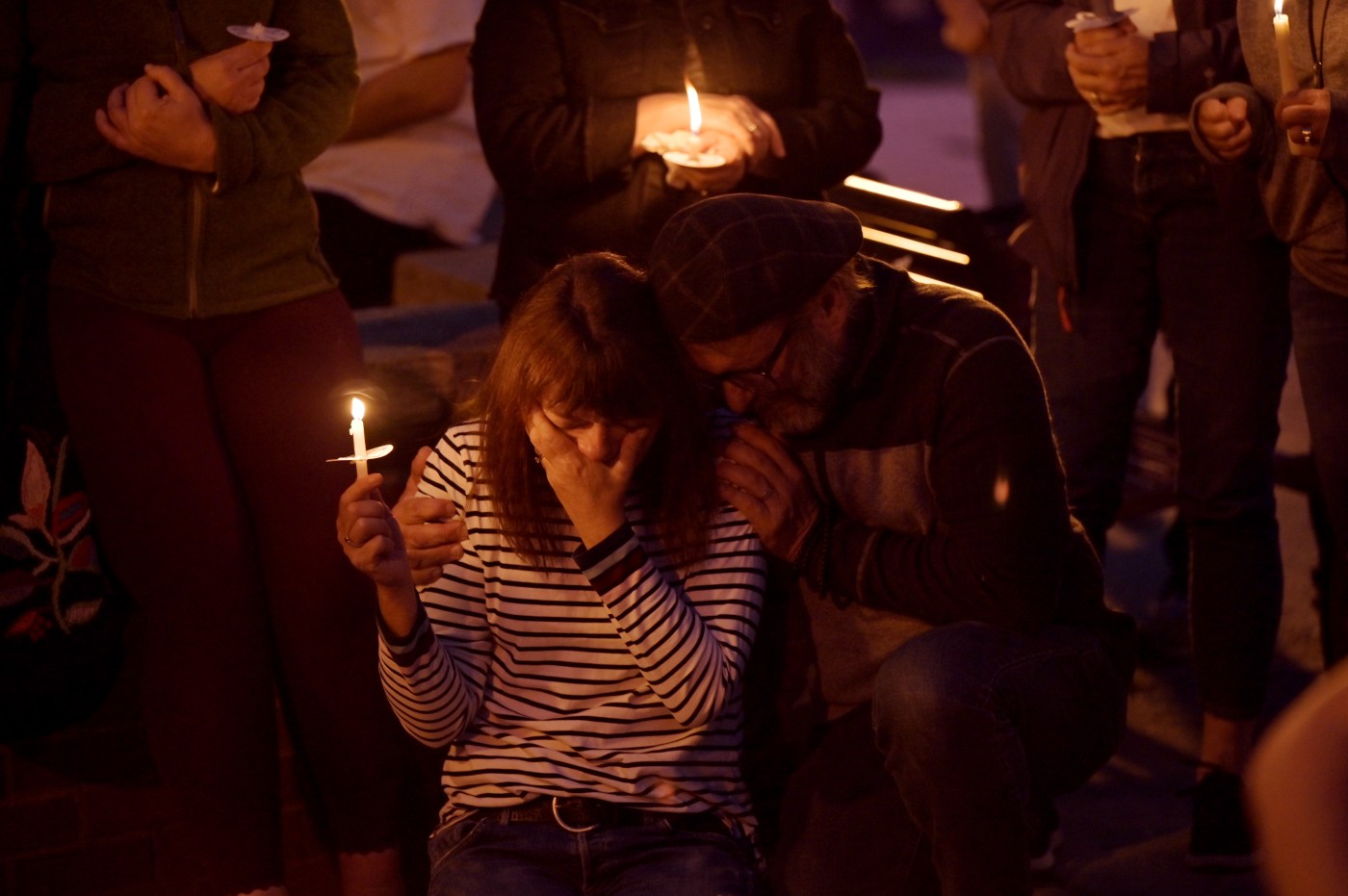 In a candlelit moment of silence to honor Christian Glass’s life, his mother thought of him as a child — how he dressed up as an artist for elementary school career day, how he obsessively tried to figure out how things work, how he was always so happy.

Sally Glass thanked the dozens of Clear Creek County residents and Glass’s friends who gathered at a vigil Tuesday night in Idaho Springs to honor her 22-year-old son’s life. Then she called for accountability for the deputy who killed him and change in policing so no other mother would suffer the loss she had.

“Because we can’t bring him back,” she said.

A Clear Creek County sheriff’s deputy shot and killed Glass, 22, on June 11. Glass called 911 for help after crashing his car while experiencing an episode of paranoia. Seven officers from five agencies tried for an hour to get Glass, who repeatedly said he was afraid, to step out of the car before they decided to break one of the car’s windows. The shattering window prompted Glass to pick up a knife and officers responded by Tasing him and shooting him with less-lethal bean bags. Deputy Andrew Buen shot and killed Glass after Glass twisted in the driver’s seat and stabbed toward an officer standing outside the broken backseat window.

Experts told The Denver Post that the responding officers failed to de-escalate and needlessly rushed to break the window despite the fact that Glass hadn’t committed a crime.

Residents of Clear Creek County at the vigil agreed.

“Christian Glass deserved better on that day,” said Lisa Stamm of Idaho Springs. “He should not be dead.”

Friends of Glass described him as a sweet young man who chose his words carefully and listened intently. He was courageous in his vulnerability and willingness to share his authentic feelings, said Zigy Kaluzny.

Mothers with sons about Glass’s age said at the vigil that their son could’ve easily been in Glass’s place.

Community members called on Sheriff Rick Albers to hold accountable Buen and the other deputy on scene. His silence on the incident was deafening, one man shouted.

“He should not be dead”: Clear Creek County community calls for accountability in police shooting of 22-year-old who called for help