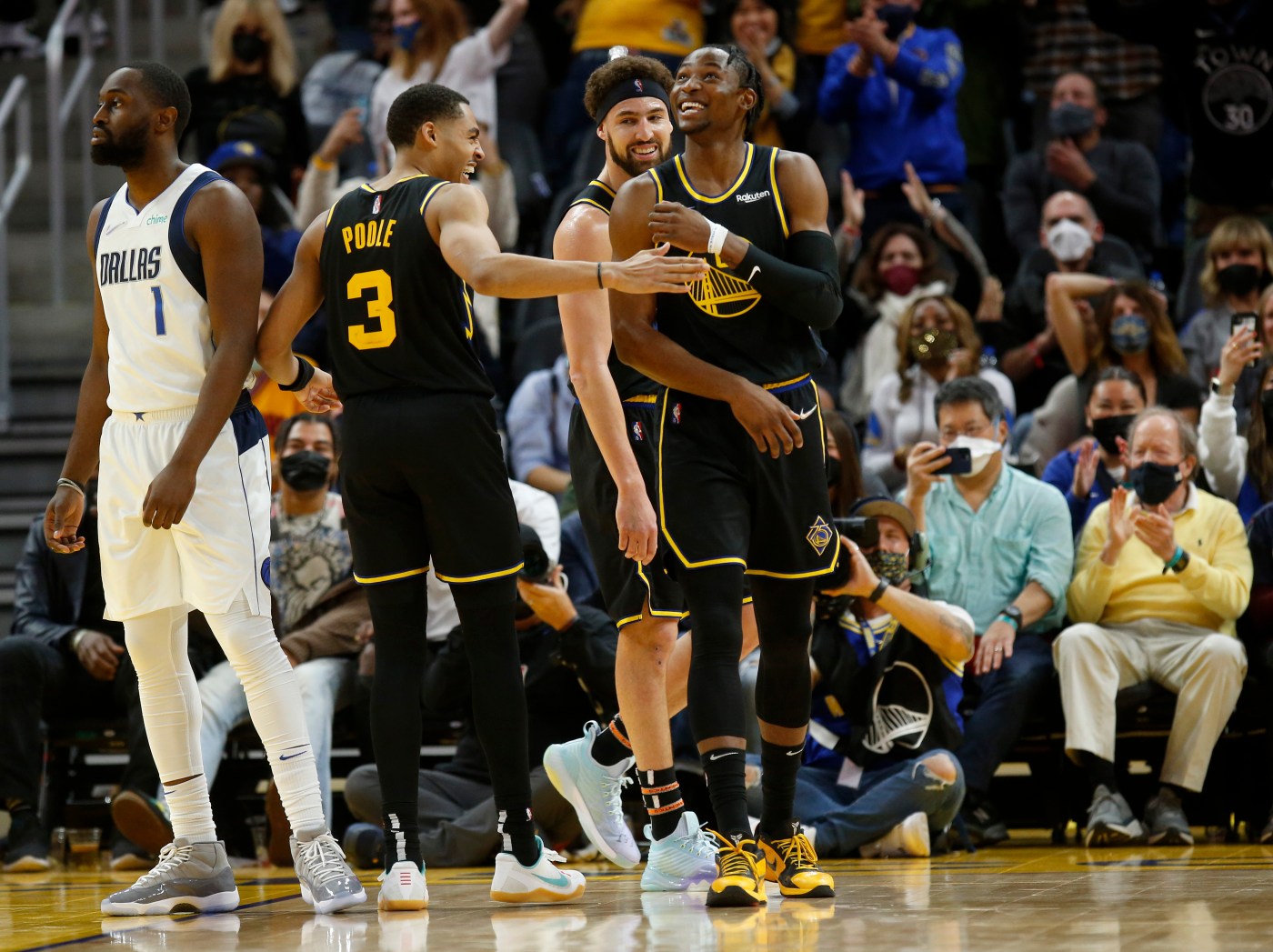 Despite losing two key off-the-bench contributors from their championship run in free agency, the Warriors find themselves in pretty good shape heading into training camp.

Golden State has 13 players signed for their upcoming title defense. The team is welcoming back the entire starting unit and has loads of up-and-coming talent.

The Warriors’ current “Big Three” isn’t getting any younger. Stephen Curry is 34; Klay Thompson and Draymond Green are 32. Meanwhile, the median age of Golden State’s bench is 22, and that includes 32-year-old offseason pick-up JaMychal Green. And the Warriors have good reason to believe their championship window could be open for years to come.

One of the more exciting moments from the Warriors’ summer league was seeing Jonathan Kuminga, James Wiseman and Moses Moody share the court for the very first time.

It was a mixed bag of sorts as it’ll take time for those three players — along with 23-year-old Jordan Poole — to build chemistry and develop their games. But those four could be the cornerstones of the next generation of Warriors players to eventually fill the inevitable void left by Curry, Green and Thompson as they age out of their prime.

Here’s a look at the second unit heading into training camp:

Jordan Poole is a rising star in the league and played his best basketball in the final weeks of the regular season, carrying his offensive production into the playoffs. The Warriors will want to see him build off that success this season while improving his defense.

James Wiseman didn’t play a single NBA game last season as his surgically repaired knee continued to hamper him. He had an up-and-down summer league showing which was to be expected for a 21-year-old who had played only a few G League games over the course of 15 months. The return of Kevon Looney will alleviate some pressure on Wiseman, but this will be an important season for the Warriors to better gauge what they have in their 2019 second overall pick.

Jonathan Kuminga has the athleticism and raw talent to be an All-Star in the league, but now he needs to better refine his game and be more consistent. For as many high-flying dunks and offensive highlights Kuminga had, he also had lapses on defense last season. But after an offseason of work, Kuminga will look to earn a more consistent spot in the Warriors rotation this season.

Moses Moody is another player that …read more

California’s wildfire activity is running below average this year. But experts warn it’s not over