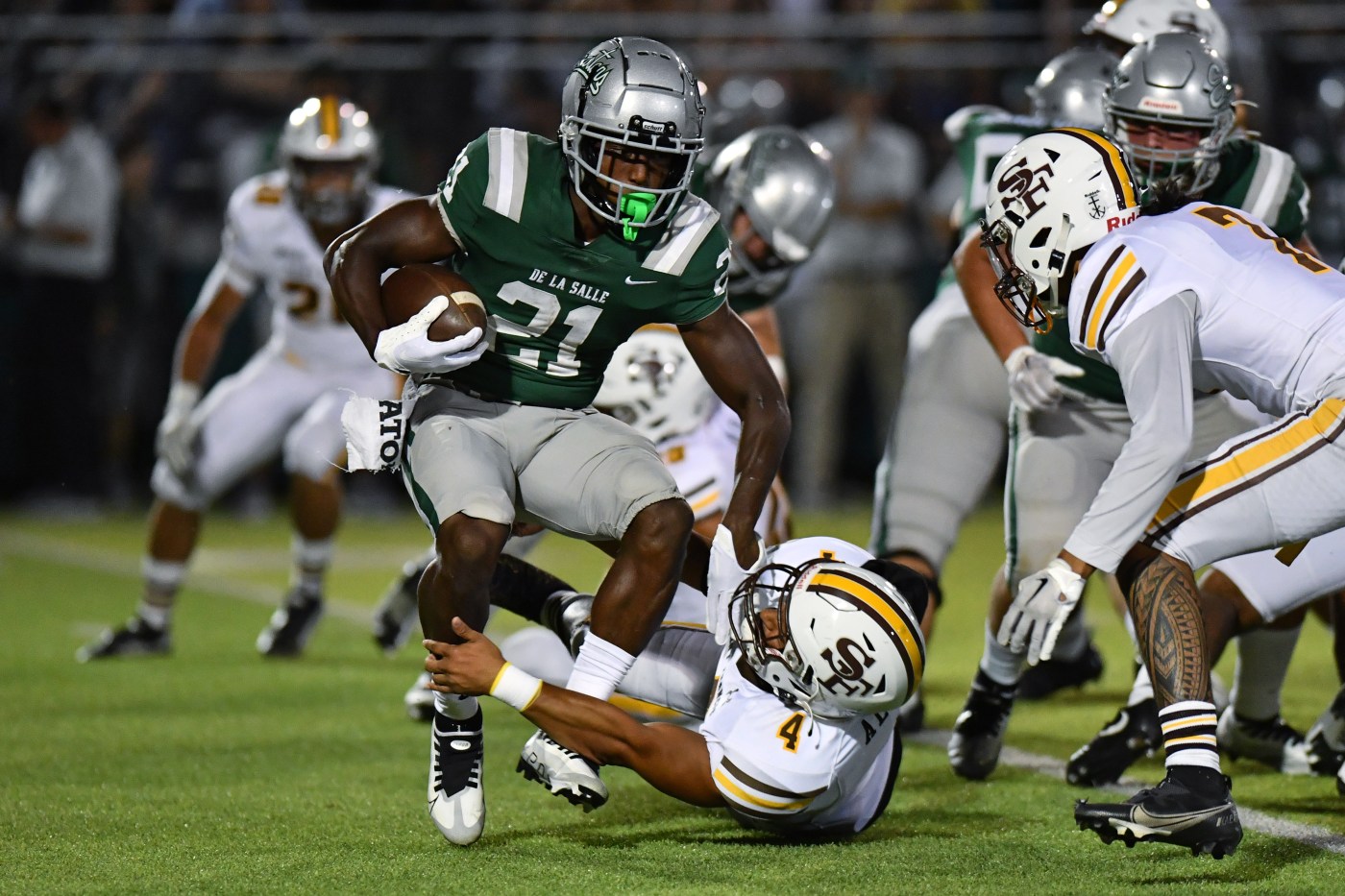 When this season’s Bay Area high school football schedule came out, one date on the calendar stood out above the others.

That date is here.

Friday’s matchups are filled with potential drama as top teams such as Serra, De La Salle, Wilcox, Menlo-Atherton, Los Gatos, Sacred Heart Prep and others all have big games.

Here is the Week 5 preview and schedule:

No. 1 Serra (3-0) at No. 9 St. Francis (1-2), 7 p.m.: One of these teams has captured at least a piece of the West Catholic Athletic League championship in each of the past eight complete seasons, which makes this league-opening matchup a big one. St. Francis once dominated the series, winning 34 in a row over the San Mateo school from 1972-2005. But starting with a 21-17 win in 2006, which ended the streak, Serra is 12-8 against St. Francis. That includes an epic 16-12 triumph in the Central Coast Section Division I championship game last season. Three weeks earlier, St. Francis pounded Serra in San Mateo for the WCAL title, 43-21. In the past six meetings between the teams, each has won three times. Serra is off to a great start this season, winning tight road games over Northern California heavyweights Folsom and De La Salle and then beating Central Catholic-Modesto at home. St. Francis opened with a come-from-behind win at home over Central Catholic but then lost soundly to Monterey Trail-Elk Grove and De La Salle. Both sides have had two weeks to prepare for the league opener. Keala Keanaaina and Kamau Julien are St. Francis’ leading ballcarriers. Maealiuaki Smith has been superb at QB for Serra. — Darren Sabedra

Folsom (3-1) at No. 2 De La Salle (3-1), 7 p.m.: De La Salle has circled a lot of games on its schedule. This one might be a shade darker than the rest. Folsom, after all, ended De La Salle’s season in a regional title game last year, overcoming an early two-touchdown deficit to stun the Spartans 28-27 on the same field that the teams will play on Friday. Zeke Berry, now a Michigan freshman, was stopped at the goal line on a two-point try with 1:44 left, Folsom recovered an onside kick and De La Salle never touched the ball again. Earlier last season, in Folsom, Berry returned the opening kickoff for a …read more

From 7 McDonald’s to a Victoria’s Secret and an Apple store, here are some of the weird and unexpected properties King Charles III owns