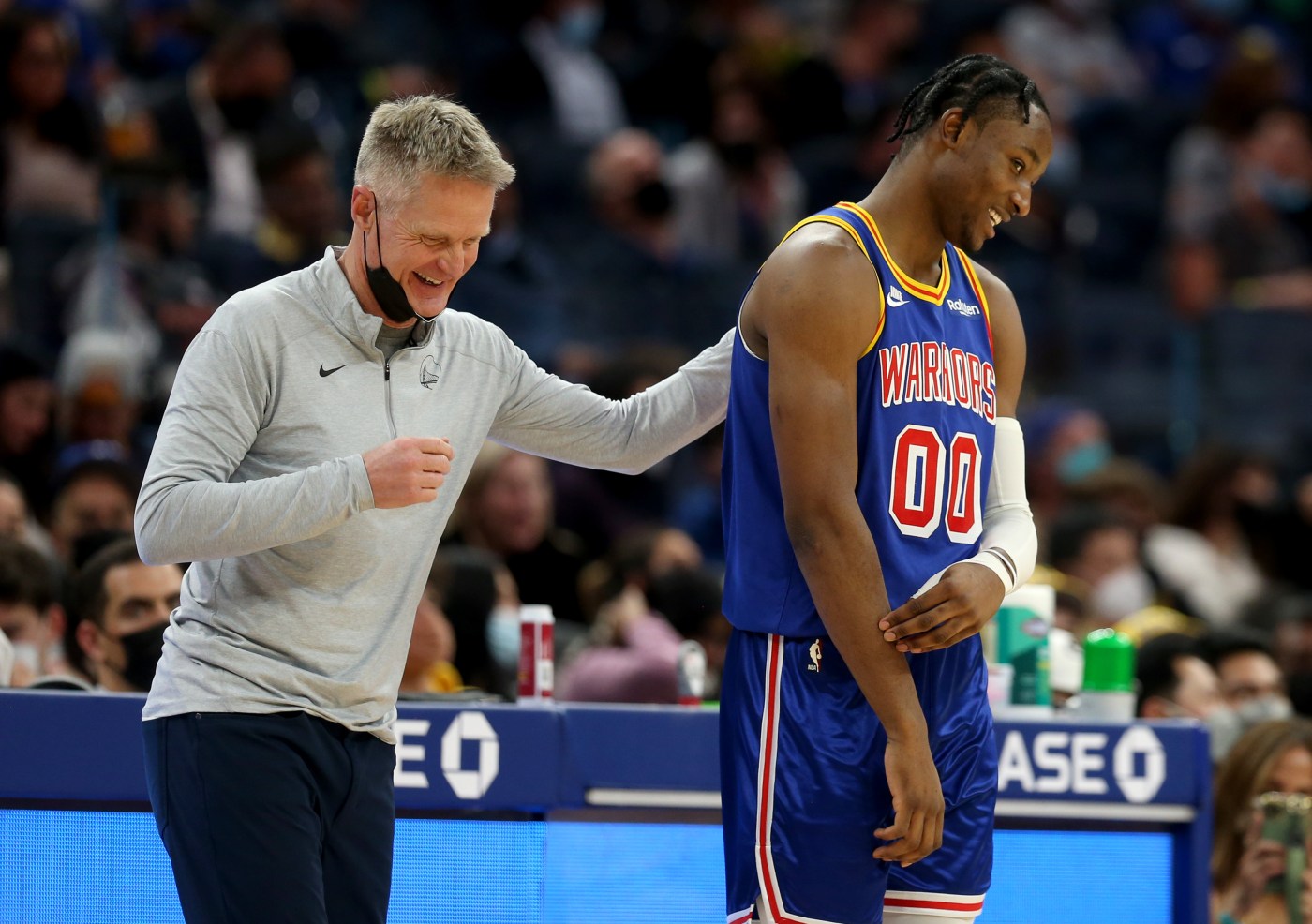 The Warriors, having won four titles since 2015, know this as well as anyone.

And a big part of the hangover is how little time there is between winning that title and starting the defense of it.

It seems as if the NBA Finals just ended in Boston — Steph Curry’s “Petty King” summer tour is still in full swing — but on Saturday, the Warriors will officially practice for the first time in preparation of their 2022-23 season and a chance to repeat at champions in nine months.

For the Warriors’ veterans, this experience is commonplace.

But this go-around should be quite different for the Dubs.

Last season, the Warriors were had “two timelines” — young and old.

It was tough to manage, though Golden State did it in the best way possible — winning it all.

So why not add another? This season, the Warriors will be managing three timelines.

It’s a strong formula, no doubt, but it’s a strange brew, too.

“I think what makes this [title defense] different is the prevalence of youth on our roster,” Warriors coach Steve Kerr said Thursday. “After you get past our first six, plus Dante and JaMychal, you’re really looking at a young group — basically first- and second-year guys, which is exciting, but also daunting because you don’t just show up in this league and win.”

The Warriors, of course, did just show up and win for years. At points, they were so much better than every other team, they saw little need to prove it on a nightly basis outside the playoffs.

There will be no such coasting this season.

Warriors training camp preview: Who will get the final spot?

Kurtenbach: Two timelines? Lame. The Warriors will have three amid their title defense