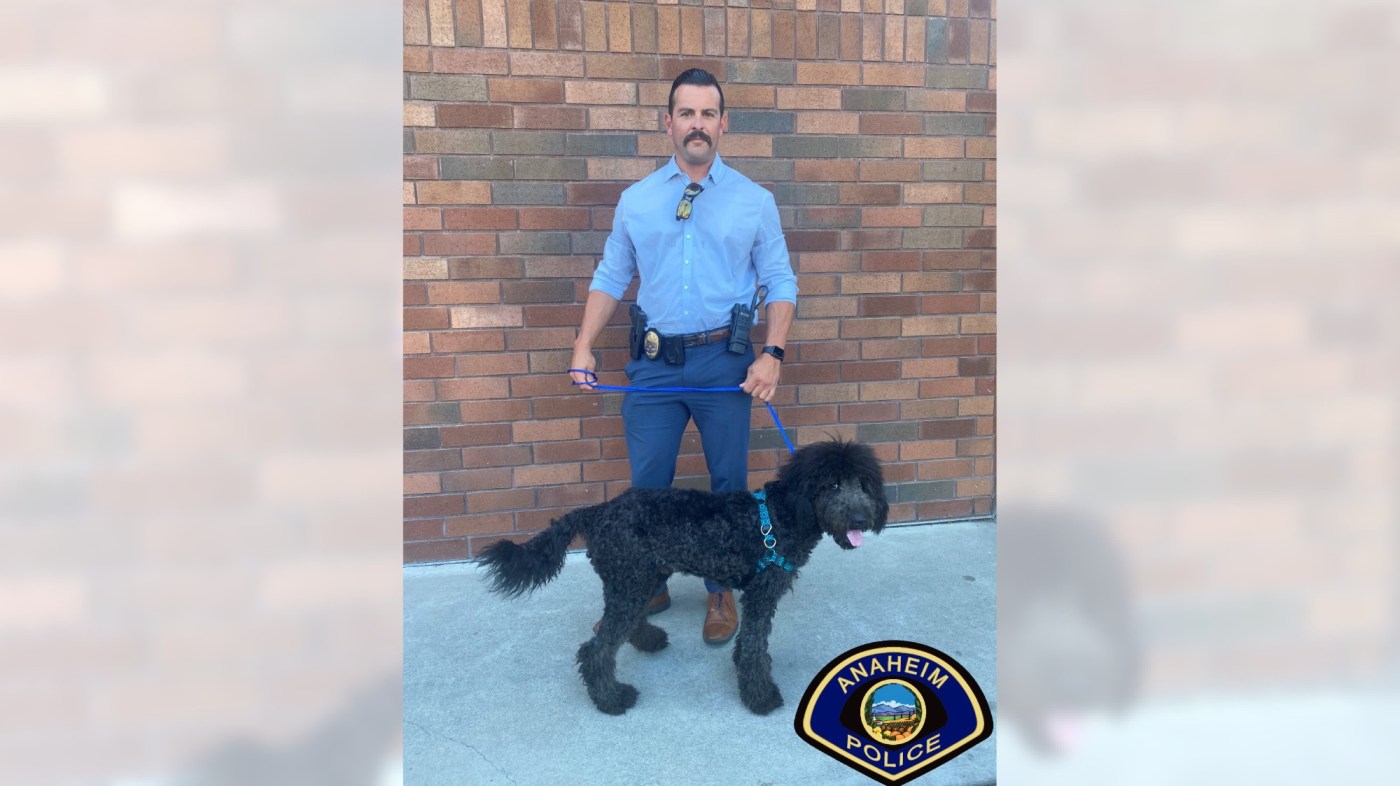 A man who authorities say was captured on a Ring doorbell camera swinging at and kicking his dog in an Anaheim apartment complex last week turned himself over to police on Thursday morning, Sept. 22.

He arrived at the police station about 1:30 a.m. and called to alert officers he was there, Carringer confirmed Thursday morning.

Anaheim police picked up Steeler from the hospital, and the dog was to be checked out by a veterinarian; detectives believed it was relatively unharmed.

“The violence that was inflicted on a defenseless animal is disgusting,” Orange County District Attorney Todd Spitzer said in a statement. “Dogs love unconditionally and that love was rewarded not with love, but with violence.”

The attack occurred at the Gateway Apartment Homes on State College Boulevard near the 5 Freeway and south of Angel Stadium last week. The Ring doorbell footage provided to police shows a timestamp of about 3:25 p.m. on Sept. 15.

While on camera, a man walks up to the dog, sitting near an exit door. The man takes a swing at the retreating dog before cornering it against a wall and kicking it twice. The man then attaches a leash and takes two more kicks at the dog as they walk along the hallway and out of sight.

Police were made aware of the video on Sept. 15, Carringer said, adding police received numerous tips after sharing a photo of the suspect on social media.

Anaheim detectives worked with the Orange County District Attorney’s Office to review the evidence before obtaining the arrest warrant. The suspect was being held in jail on $25,000 bail, Carringer said, though police anticipated he would bail out.

How practical are Tesla’s EVs? Should you buy them?