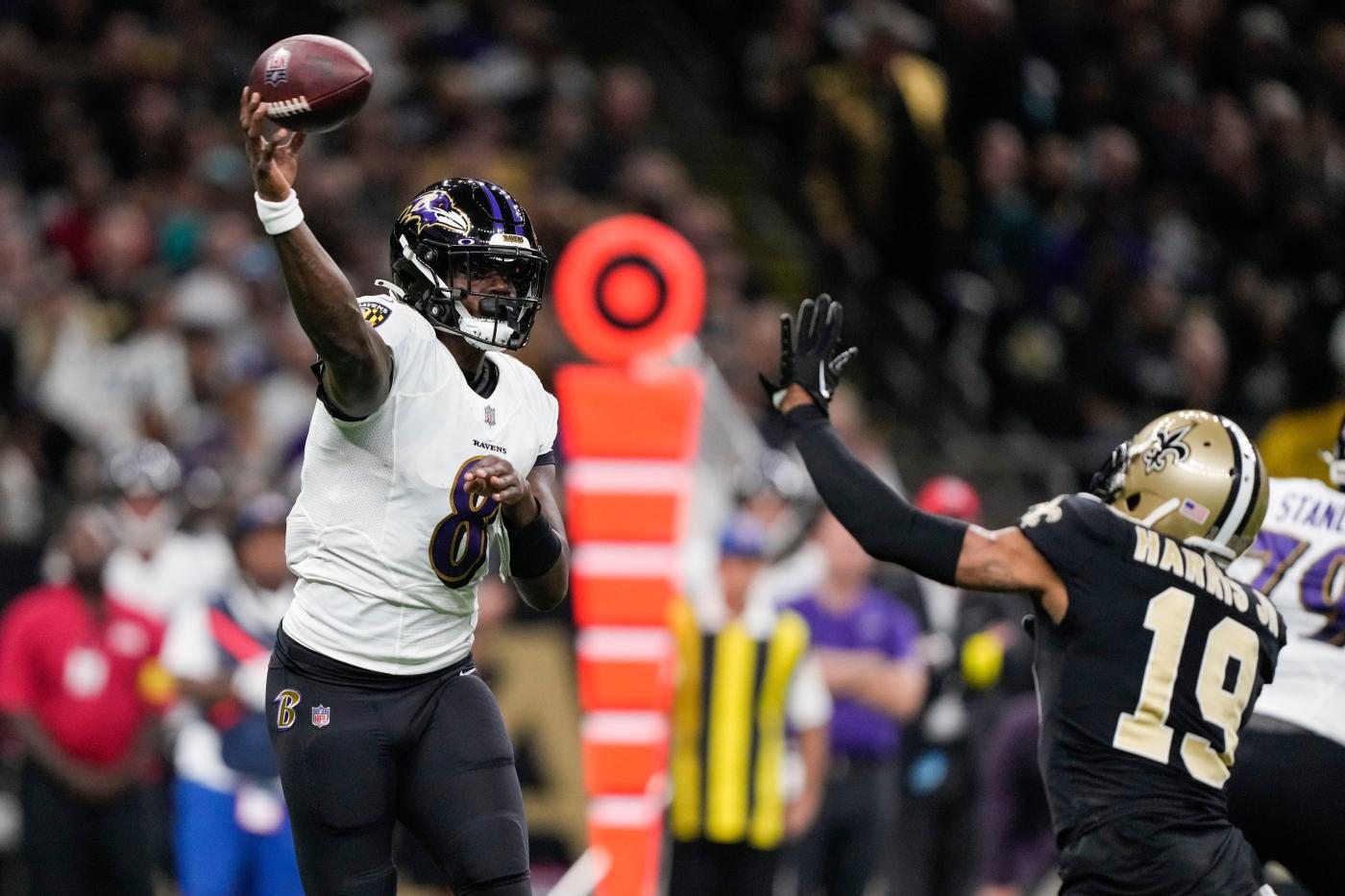 On second-and-3 at their own 29-yard line, the New Orleans Saints ran Pro Bowl running back Alvin Kamara behind the left guard and Smith slipped inside the gap to stop Kamara one yard short of a first down.

On the next play, the Saints ran Kamara off left tackle, only to have Smith beat a block and then double up with cornerback Marlon Humphrey to stop Kamara for no gain.

The Ravens haven’t had this type of physical presence in the middle since the days of Ray Lewis, who retired at the end of the 2012 season.

Let’s get this out of the way immediately: No one is comparing Smith with a Hall of Famer like Lewis. But the Ravens finally have a thumper in the middle.

A week after being acquired in a trade from the Chicago Bears, Smith finished with five tackles in his team debut as the Ravens beat the Saints, 27-13, on Monday night.

It’s hard to compare any defense with the Ravens’ record-setting group in 2000 and just as hard to get excited about a strong effort against a team that has Andy Dalton as the starting quarterback, but the addition of Smith creates a lot of opportunities to improve.

The Ravens (6-3) should get better because they have a bye week before facing the Carolina Panthers (2-6) on Nov. 20 at M&T Bank Stadium.

“I think y’all saw it,” said outside linebacker Justin Houston, who became the first Ravens player to record 2 1/2 sacks and an interception in a single game. “The plays that he made — I know there was a third-and-1 and he just came out of nowhere. He’s going to help this defense a lot to be where we want to be. We needed a guy like that, and I am so happy we were able to get him. I think that was crazy for them [Chicago] to let him go. I think he is one of the best linebackers in the game and to add him to this defense, that’s scary.”

Scary seemed to be an appropriate word in the Ravens’ locker room.

“Definitely,” Smith said. “I’m going to get accustomed, and it’s going to be scary after I get it all down pat, so I’m excited. I love the way [defensive coordinator] Mike [Macdonald] calls …read more

Niles: Is there a post-Elon Musk future for Disney Twitter?