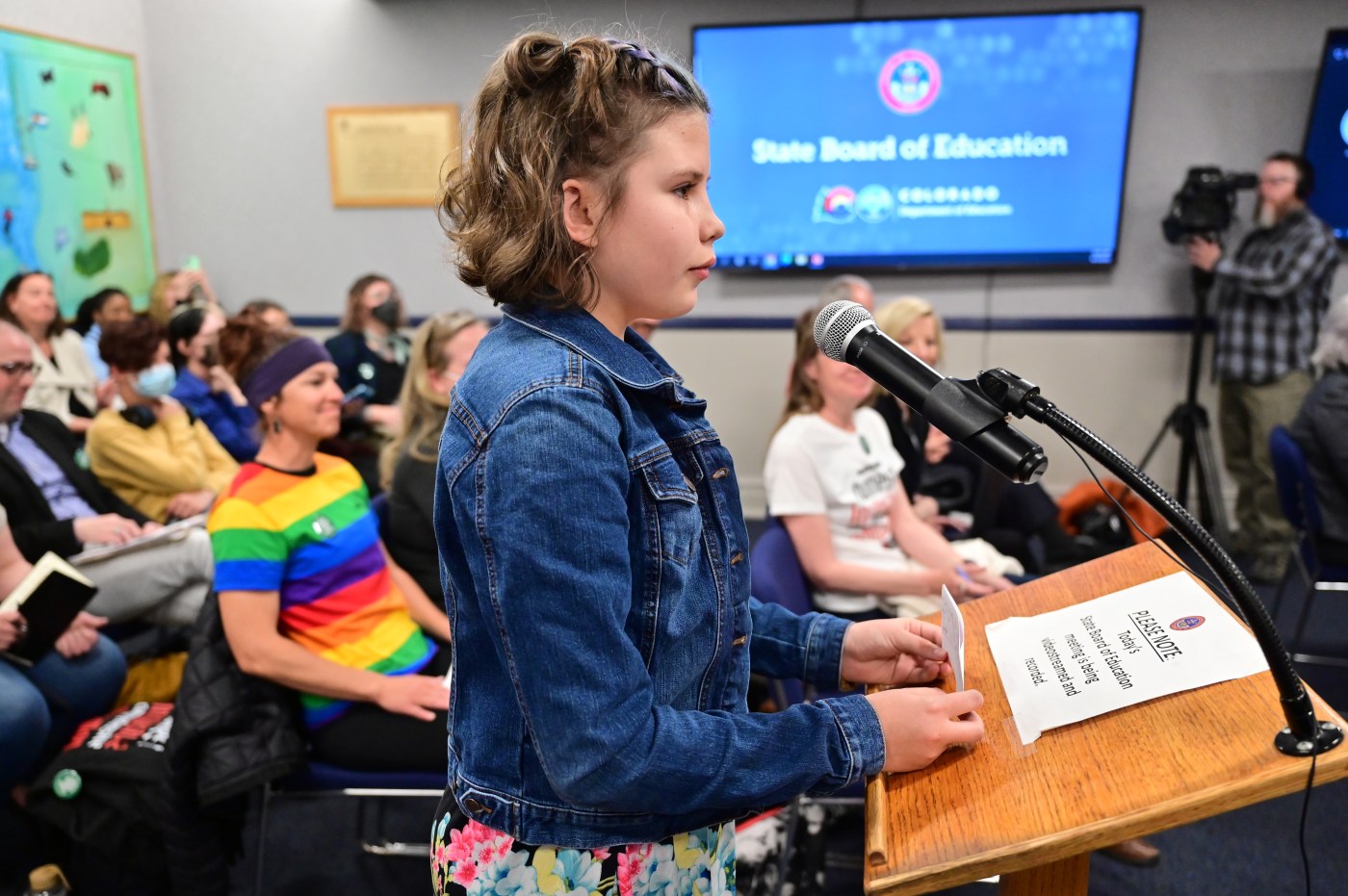 The Colorado State Board of Education on Thursday approved much-contested social study standards, adding back references to people of color and the LGBTQ community that were removed following critical feedback from board members and the public.

The vote was along party lines with Democrat board members Lisa Escárcega, Angelika Schroeder, Rebecca McClellan and Karla Esser voting in favor. The three Republican board members — Debora Scheffel, Joyce Rankin and Steve Durham — voted against.

The board revisited its social study standards to comply with a 2019 bill passed by the state legislature that sought to add more diverse views into students’ social studies lessons. The bill said students must learn about the history, social contributions and culture of American Indians, Latinos, African Americans, Asian Americans, the LGBTQ community and religious minorities.

Revisions have been in the works for a year. They represent broad guidelines of what students should learn but local school boards and educators decide what specifically is taught in classrooms and which textbooks are used.

“The passage of the social studies standards today solidified Colorado’s place as one of the first states to fully include marginalized groups and LGBTQ+ individuals in its social studies standards,” said Amie Baca-Oehlert, high school counselor and president of the state teacher union, Colorado Education Association. “We breathe a sigh of relief knowing that our students will have access to an honest and inclusive education in our public schools in Colorado.”

The committee tasked with making the changes — made up of social studies teachers from across the state — watered down its initial proposal, saying they received public feedback questioning the “age appropriateness” of the content.

Debates included issues such as whether LGBTQ figures and their contributions should be included and how students learn about the Holocaust and the Nazi party. The final round of revisions not only removed references to the LGBTQ community in standards for young students, middle and high schoolers but also stripped many references to African Americans, Latinos, Asian Americans, Indigenous Peoples and religious minorities.

Rankin previously said the terms “LGBTQ” and “migration” being taught to elementary students “could be interpreted as indoctrination.” Rankin complained about the committee’s “numerous references” to people of color and those in the LGBTQ community, writing that the list was not inclusive of other groups such as German Americans, Italian Americans, Jewish Americans and Norwegian Americans.

Escárcega proposed adding the cut references back to the standards, which will take effect next …read more

Police: No powder found in envelopes in candidate’s office

How to Watch Davidson vs Richmond Football Today