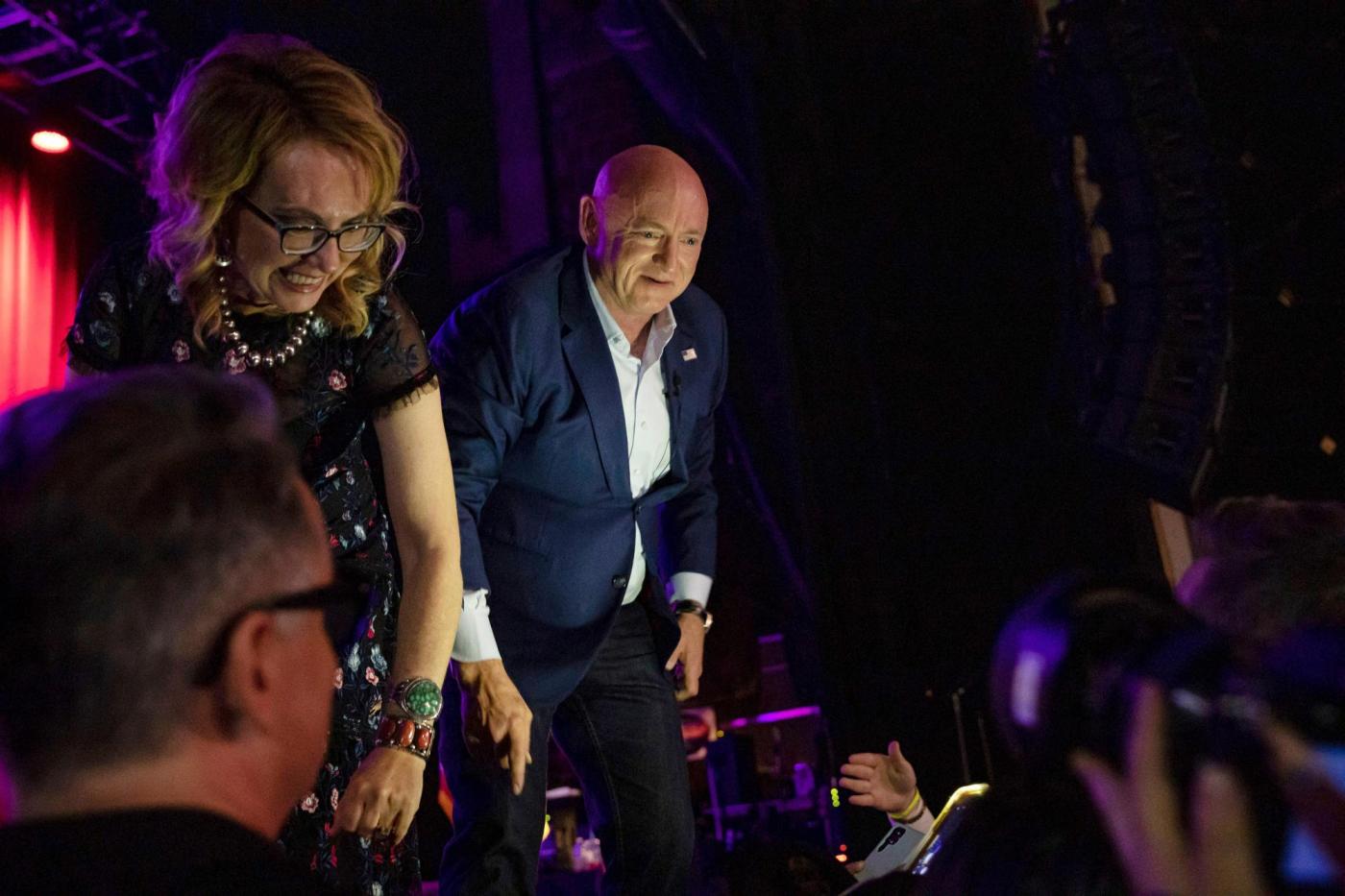 PHOENIX (AP) — Democrats maintained their narrow leads in key Arizona contests on Thursday, but the races for U.S. Senate and governor were still too early to call with about a fifth of the total ballots left to be counted.

Democratic Sen. Mark Kelly led Republican Blake Masters by 5.6 percentage points, while Democrat Katie Hobbs had a much tighter lead of 1.4 points against Republican Kari Lake in the governor’s race. Democrats also led in the races for secretary of state and attorney general.

Election officials in Maricopa County, which includes metro Phoenix and more than 60% of voters, expected to begin reporting results Friday from a crucial group of ballots — nearly 300,000 mail ballots that were returned on Election Day. That group has swung wildly in recent election cycles, from strongly Democratic in the 2018 midterms to strongly Republican in 2020.

The races will hinge on whether those late-counted ballots look more like 2018 or 2020.

The answer will determine who wins extremely tight races for U.S. Senate and House, as well as governor, secretary of state and attorney general. At stake are control of Congress and the rules for the 2024 presidential election in a crucial battleground state.

In the House, three-term Democratic Rep. Tom O’Halleran lost his race Thursday to Republican Eli Crane, a businessman and former Navy SEAL, after his rural district was redrawn to become significantly more conservative. Democrats had hoped O’Halleran’s long history in the area and his background as a retired cop could help him survive.

Former President Donald Trump’s lies about the 2020 election have rejiggered voting patterns across the country and especially in Arizona, which has played a starring role in conspiracy theories suggesting the outcome was tainted. That makes it even more complicated for news organizations to declare winners because historical data doesn’t necessarily apply.

It could take several days before it’s clear who won some of the closer contests, as was the case in the 2018 and 2020 elections. About 500,000 ballots remained uncounted, most of them in metro Phoenix and Tucson.

Maricopa County officials emphasized that this year’s process was no different than in previous years.

“This is how things work in Arizona and have for decades,” said Bill Gates, the Republican chair of the county board of supervisors. He said staff are working 14 to 18 hours a day and will continue through the weekend.

“We are doing what we can and …read more