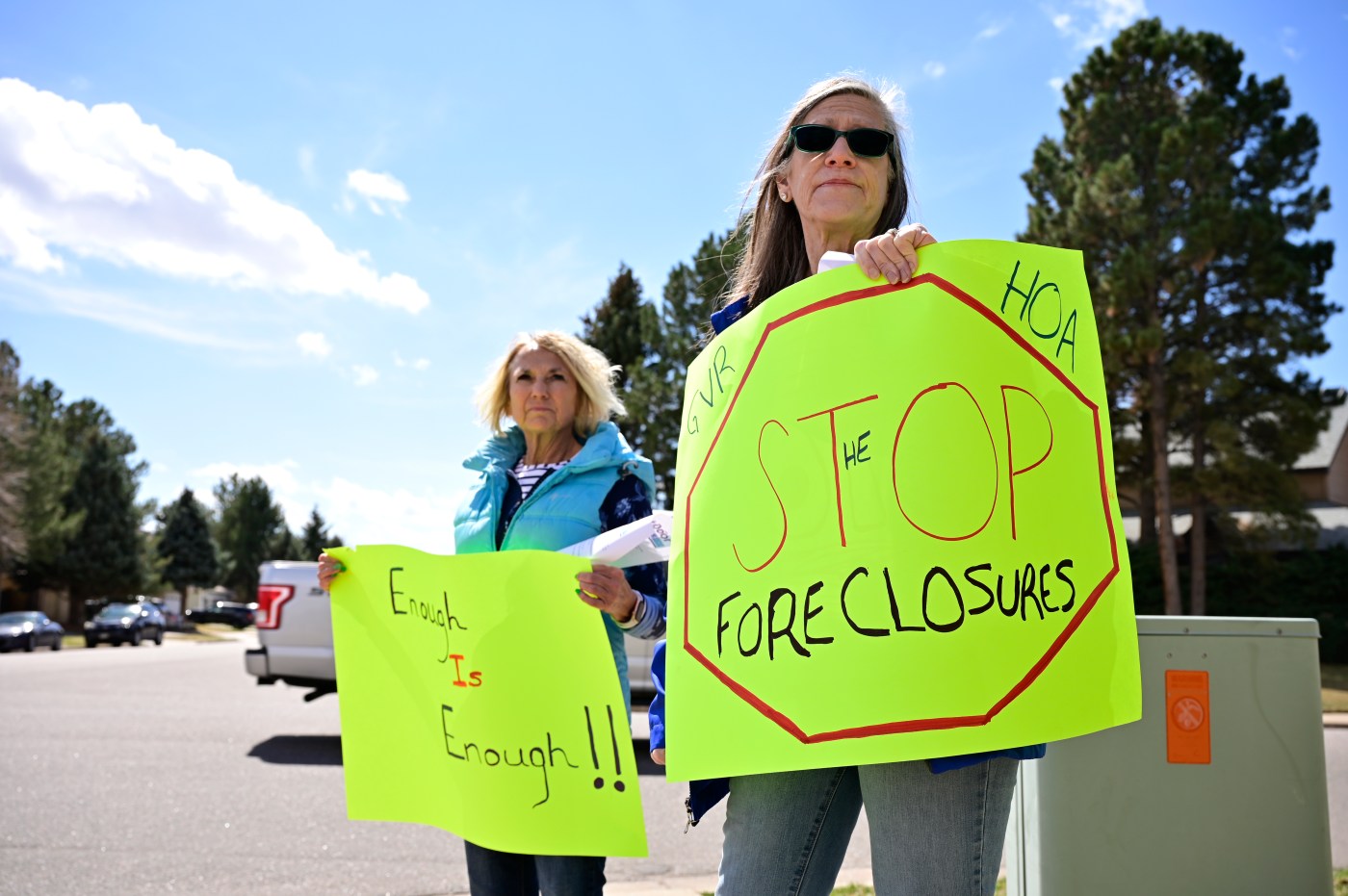 In February, a stranger knocked on the door of Monica Villela’s home in Green Valley Ranch and showed her the paperwork that proved he bought her house at a foreclosure auction for $25,000.

Villela said she had no idea that the Master Homeowners Association of Green Valley Ranch had put a lien on her family’s home, which they’d owned for 17 years, because they had not pulled their trash can from the street on time. A fine for that violation had accumulated late fees for non-payment that eventually led to the lien, which led to a foreclosure sale.

“I couldn’t believe it,” Villela said.

On Thursday, she joined other Green Valley Ranch residents who’ve tangled with the HOA to call out their practices and to question whether or not the association is targeting minority homeowners. The Master Homeowners Association has been the target of widespread criticism this year after residents started complaining about foreclosures and data showed that particular HOA was responsible for 13% of all foreclosures in the city in 2021.

“This is an injustice,” Villela said.

The group, led by The Redress Movement, a national organization that fights for equity in homeownership, called on Denver city officials to collect racial and ethnic data on liens and foreclosures initiated by homeowners associations throughout the city, not just in Green Valley Ranch. Because Green Valley Ranch is so ethnically and racially diverse, it leads to questions about who is the target of foreclosure, said John Comer, The Redress Movement’s national organizer.

Comer and others working in the neighborhood say they see disturbing patterns but there’s no data to prove it.

“We have seen patterns of what we feel like is resegregation,” he said.

However, data may be hard to come by because no one collects it, and no public agency appears to have the authority or responsibility to do so.

The Redress Movement called on the Denver Clerk and Recorder’s Office and the city’s Department of Housing Stability to collect it. But Derek Woodward, a spokesman for the Department of Housing Stability, said the office didn’t collect data and suggested calling the clerk’s office. Alton Dillard, a clerk’s office spokesman, said his agency didn’t have oversight of HOA foreclosures.

The Denver Sheriff Department oversees the sales, but the sheriff’s documents do not include demographics such as race, ethnicity, gender or age.

As of Thursday, the sheriff’s department listed 12 homes scheduled for a foreclosure auction between Nov. …read more

Black Friday Monos luggage deals 2022: Save up to 40% on one of the best luggage brands

I booked a last-minute trip to Paris on a budget airline called French Bee. Even though it was uncomfortable and included hidden costs at every turn, I might fly it again.

Heat’s Spoelstra expects Yurtseven back this season; Oladipo ruled out for trip, but Herro might return; Adebayo out