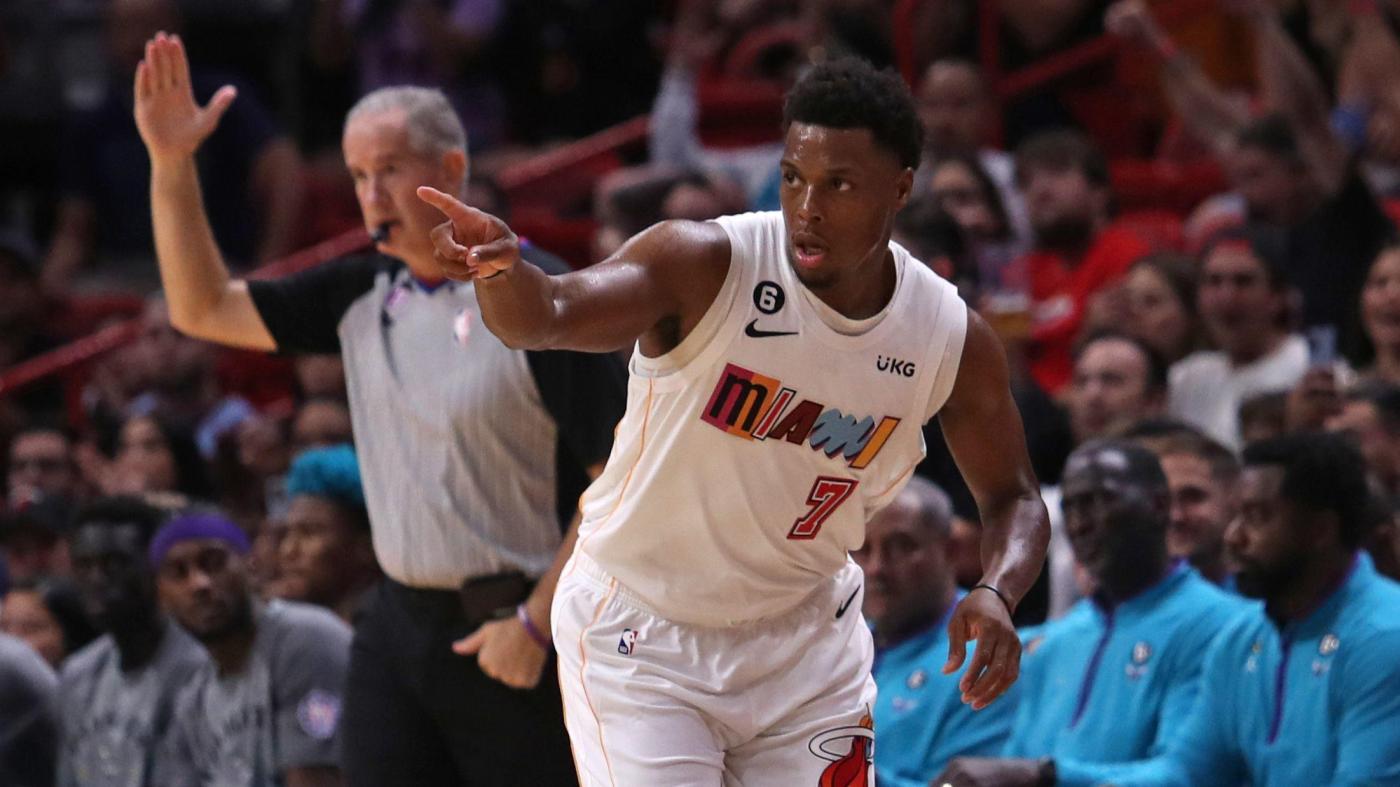 Observations and other notes of interest from Thursday night’s 117-112 overtime victory the Charlotte Hornets:

– When you get down to it, this had to be a no-lose situation for the Heat.

– As in they couldn’t afford to go south in this one the way they had in their previous two, against the Pacers and Blazers.

– The Heat were coming off a two-day break, with one game over the previous five days.

– The Hornets were playing on the second night of a back-to-back that had them flying through a hurricane overnight.

– And were without LaMelo Ball, Gordon Hayward and Cody Martin.

– Entering last in the East.

– On a six-game losing streak.

– And still, this type of struggle.

– No, never should have gone overtime.

– It is hard to deny that there is a late-game crisis of confidence in place.

– Saturday, the rest factor won’t be as arresting when the teams meet again.

– But to be who they want to be, the Heat have to do it again.

– As they previously have done against the Raptors, Blazers, Kings and Warriors.

– Because after Saturday, there are the Suns at home on Monday and then a challenging four-game trip that included a matchup against the resurgent Cavaliers.

– Tyler Herro missed his second consecutive game due to a sprained left ankle.

– Caleb Martin, who also had been listed as questionable pregame due to a quad contusion, was available and in the starting lineup.

– With the start, Butler tied Jamal Mashburn for 23rd on the Heat all-time list.

– With Erik Spoelstra mostly going with an eight-man rotation in Herro’s absence.

– Butler’s second rebound moved him past Dan Majerle for 24th on the Heat all-time list.

– With his third point, Duncan Robinson moved past Steve Smith for 23rd on the Heat all-time scoring list.

– With his first steal, Dedmon reached 250 for his career.

– With his first steal, Vincent reached 100 for his career.

– Adebayo’s 11th shot moved him past Hassan Whiteside for 15th on the Heat all-time list.

Winderman’s view: A less-than-convincing victory for the Heat