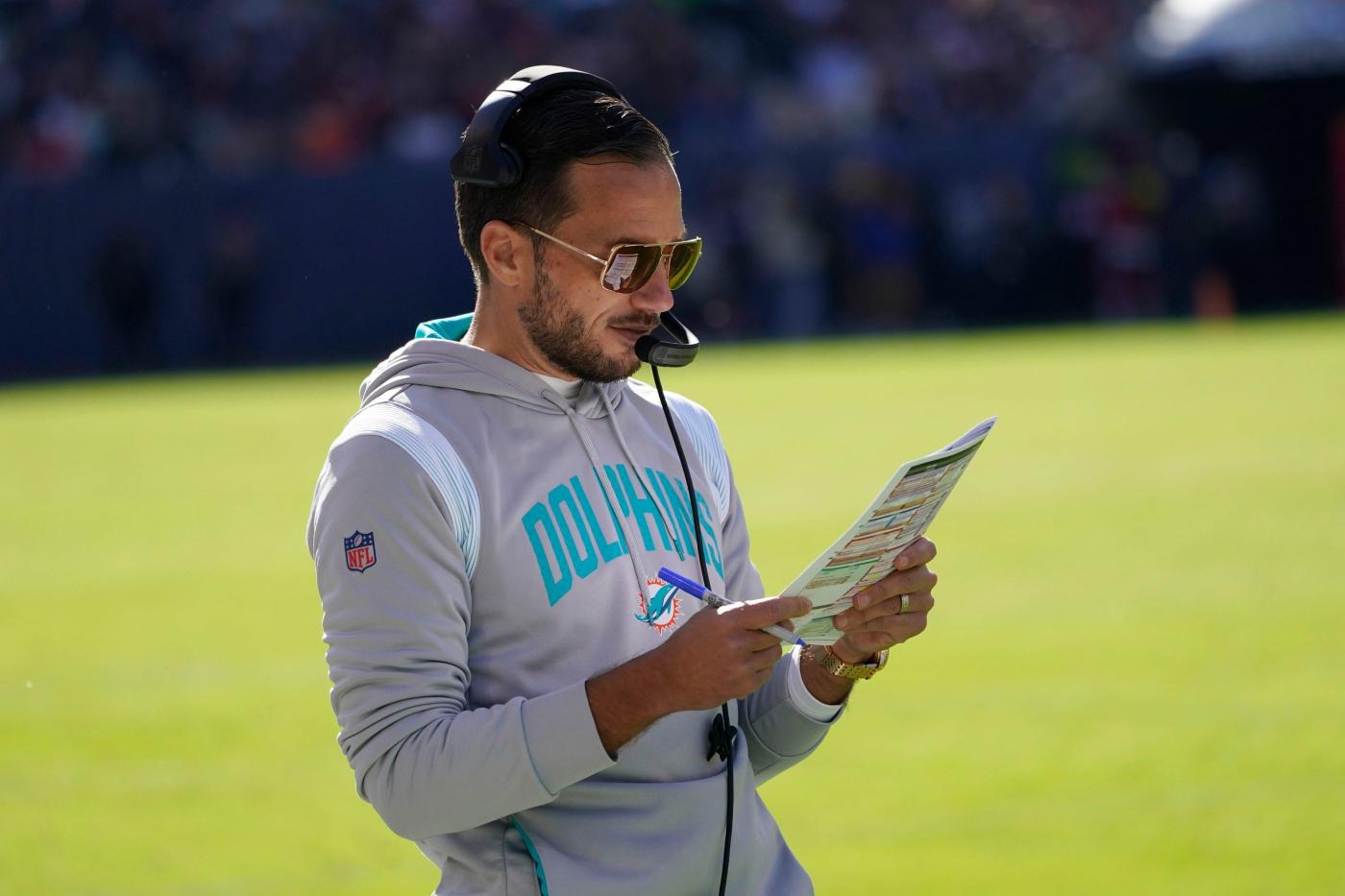 Perhaps Cleveland becomes that game for the Miami Dolphins.

Perhaps the Browns are the game where it all comes together — offense, defense, special teams, coaching, discipline, everything.

“We haven’t yet had that game that you’re shooting for where you feel like each phase has played to its capability the entire game,” Dolphins coach Mike McDaniel said.

McDaniel said he thinks his team is close to having such a complete game.

In the absence of the complete game, the Dolphins will do what they’ve done on their way to a 6-3 record, they’ll play their own brand of complementary football.

At times, it’s a bumpy road.

“But along the way,” McDaniel said, “we’re learning these great lessons, and that’s why I’m getting excited about the team and how we’re getting better each week.”

The Dolphins, who will host Cleveland (3-5) while playing their second game with new edge rusher Bradley Chubb and running back Jeff Wilson Jr., a pair of headline-grabbing trade deadline acquisitions, have a chance to take first place in the AFC East.

Whether or not that happens, the Dolphins have shown they can win doing things their way, so to speak.

McDaniel acknowledged the Dolphins’ brand of complementary football hasn’t been traditional in the sense it doesn’t always work with, say, the defense getting a stop, forcing a punt, and the offense taking the ball down the field and scoring on the ensuing possession time after time after time.

“There’s no complete domination in the NFL,” McDaniel said.

The Dolphins’ versions of complementary football have been a bit choppy, but effective.

In the opener against New England the offense only scored one touchdown but the defense added a touchdown to aid in the 20-7 victory.

Against Baltimore, the defense allowed 38 points but only three points in the fourth quarter while the offense scored 28 fourth-quarter points to snag the 42-38 victory.

Ravens vs. Jaguars staff picks: Who will win Sunday’s Week 12 game in Jacksonville?

Matt Gaetz is skipping Trump’s announcement at Mar-a-Lago. He first blamed bad weather then said he had to stay in DC for a vote.

Where did the tradition of Thanksgiving start?