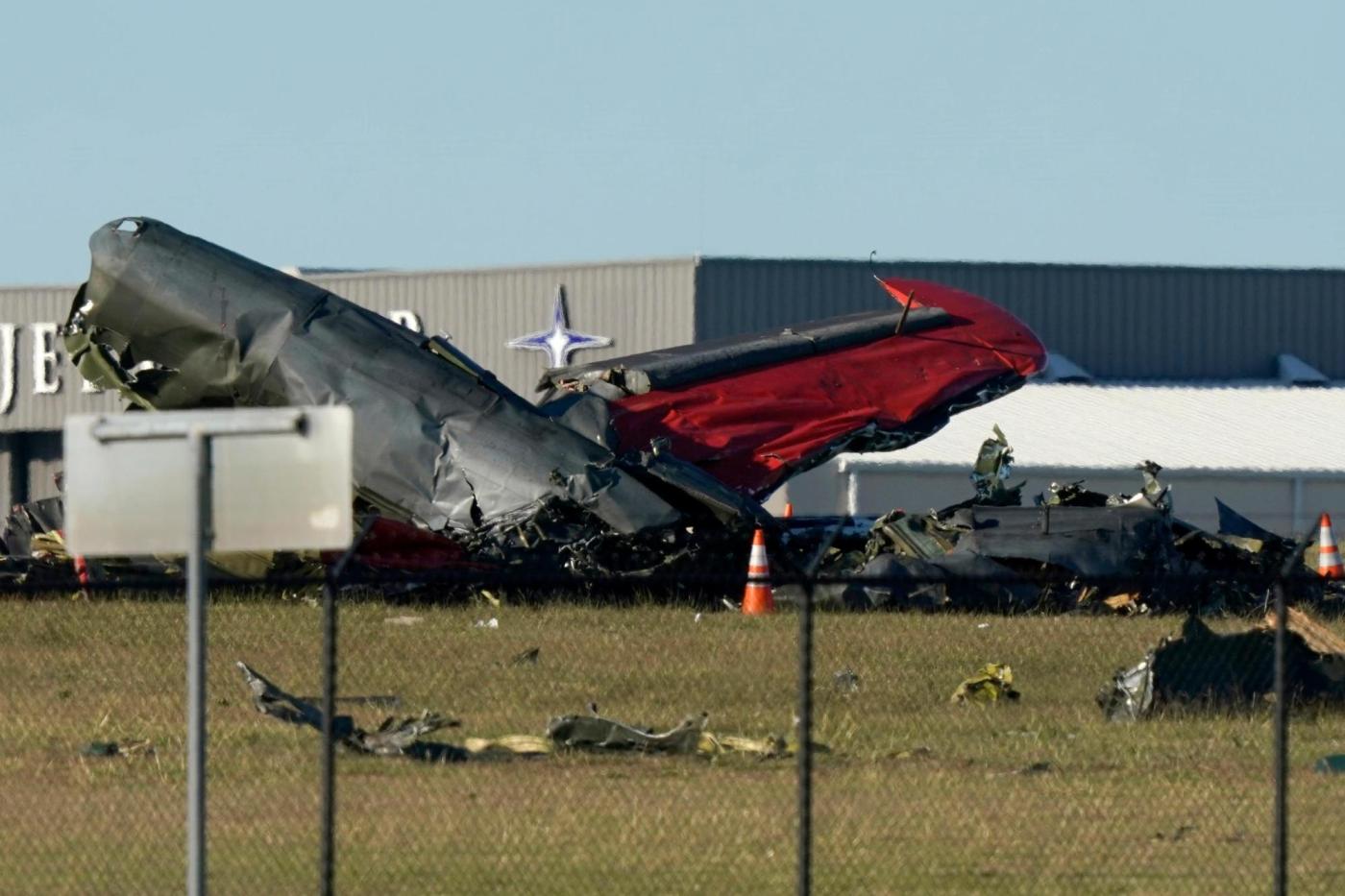 DALLAS (AP) — National transportation officials are in Dallas on Sunday investigating the cause of the midair crash of two historic military planes during an air show that left six people dead.

A World War II-era bomber and a fighter plane collided and crashed to the ground in a ball of flames on Saturday, leaving crumpled wreckage in a grassy area inside the Dallas Executive Airport perimeter, about 10 miles from the city’s downtown.

The crash came three years after the crash of a bomber in Connecticut that killed seven, and amid ongoing concern about the safety of air shows involving older warplanes. The company that owned the planes flying in the Wings Over Dallas show has had other crashes in its more than 60-year history.

The crash claimed six lives, Dallas County Judge Clay Jenkins tweeted Sunday, citing the county medical examiner. Authorities are continuing to work to identify the victims, he said. Dallas Fire-Rescue told The Dallas Morning News there were no reports of injuries on the ground.

Armin Mizani, the mayor of Keller, Texas, said Terry Barker, a retired pilot for American Airlines, was in the B-17 bomber that crashed. Mizani is the mayor of the town where Barker lived and said he learned of Baker’s death from his family.

Mizani said Barker’s death has been difficult for his town of 50,000, where many of its residents know each other.

“It’s definitely a big loss in our community,” he said. “We’re grieving.”

Barker was an Army veteran who flew helicopters during his military service. He later worked for American Airlines for 36 years before retiring in 2020, Mizani said.

The National Transportation Safety Board took control of the crash scene, with local police and fire providing support, Dallas Mayor Eric Johnson said. The Federal Aviation Administration also was going to investigate, officials said. The planes collided and crashed about 1:20 p.m., the FAA said in a statement.

Officials did not specify how many people were inside each plane, but Hank Coates, president of Commemorative Air Force, the company that owns the planes and put on the air show, said one of the aircraft, a B-17 Flying Fortress bomber, typically has a crew of four to five people. The other, a P-63 Kingcobra fighter plane, has a single pilot. The aircraft are flown by highly trained volunteers, often retired pilots, he said.