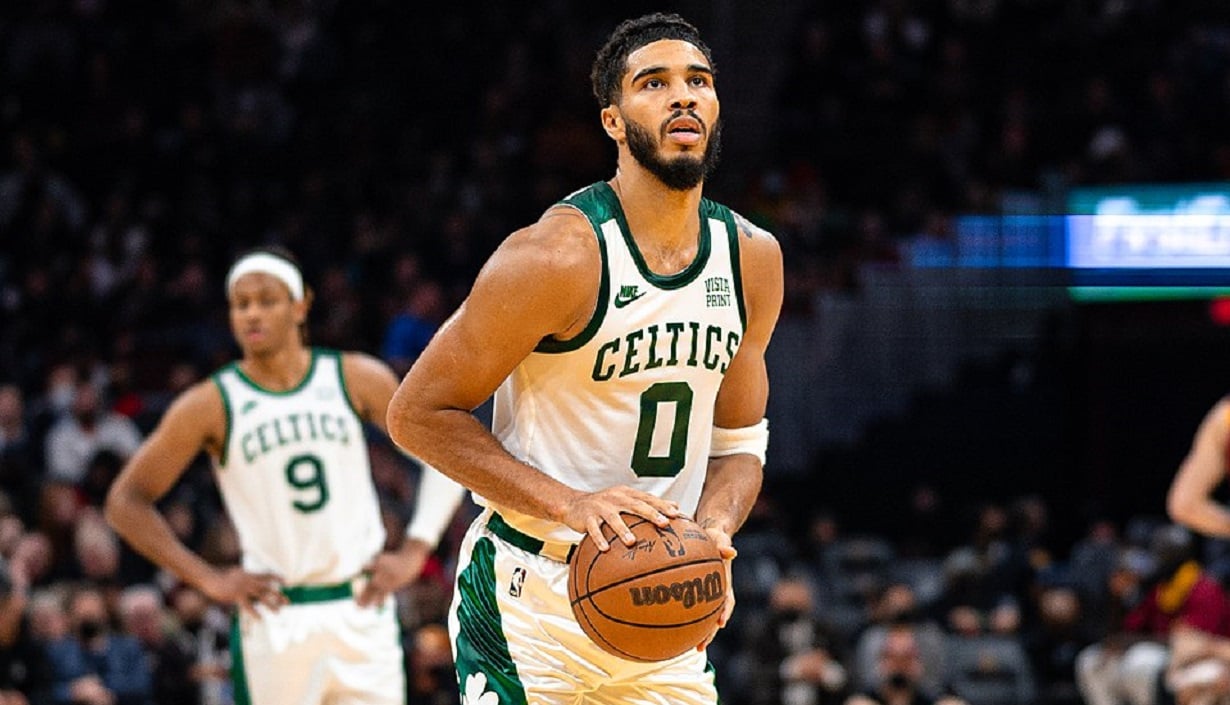 Shaquille O’Neal brings bloopers to the people on his delightful Shaqtin’ A Fool segments, wherein the greatest basketball players on earth sometimes look like playground pretenders. (Except that the NBA variety screw-ups often take place way higher off the ground.)

Shaq spares nobody from his ridicule magnifying glass — hey, the camera never shied away from showing the Big Fella trying to shoot his horrible free throws, so it’s back atcha, from Shaq’s point of view.

Even Shaq’s “favorite player” Steph Curry has come in for the Shaqtin’ treatment (see below). It’s a dubious honor, but the truly elite wear the Shaqtin’ badge with dignity.

With Jayson Tatum clearly among the truly elite NBA players now, fans are in agreement that Shaq should have called out Tatum’s name more loudly than Marcus Smart‘s name on the play below. But the text on the pic says “Oh no, Smart Shaqtin.”

It was a great pass, as the announcer acknowledges, but Tatum tried to “bring the house down with his slam” and the whole sequence ended up being a Celtics shenanigan and turnover.

Shaq knows that Smart could have just laid it in or dunked it himself, assuring the Celtics a bucket and two points. So it’s valid to shout out Smart as the culprit.

Smart is the point guard — and good decisions are what define the position. But another quality in a top point guard is feeding the alpha dog some highlight chances, and in that respect Smart was absolutely true to his job with this off-the-window dish to Tatum.

Fans knew the time and who was to blame.

“Lowkey Tatum’s fault,” wrote one. While another, getting the play exactly right in detail, explained, “That was Tatum’s fault…he tried to cuff it instead of just dunking it.”

Yet another fan saw into Shaq’s true motivation in assigning the blame. It was the pun Shaq couldn’t resist. “Not the smartest decision,” reads the caption. Get it Smart-est? A fan: “I see what u did there Marcus “smart” not the “smartest” decision. It def was the smartest cuz it’s Marcus smart.”