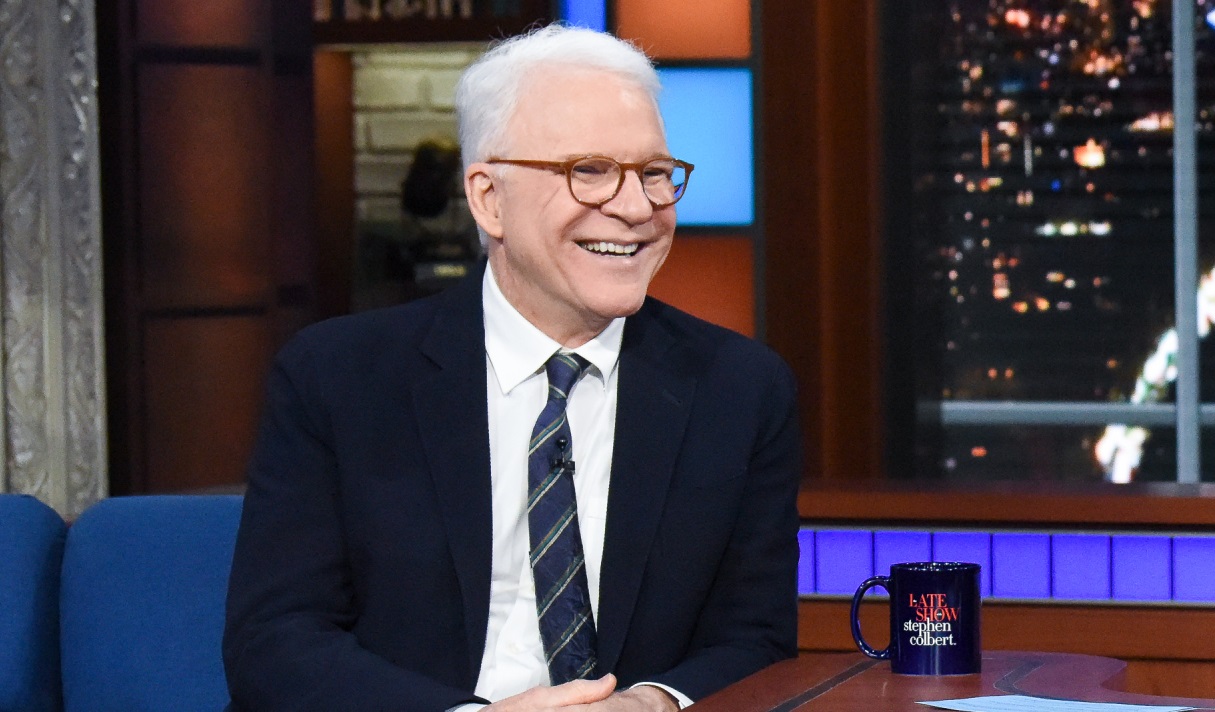 Multi-talented entertainer Steve Martin knows how Hollywood works. The former stand-up comedian has starred in at least 60 movies (The Jerk, Train, Planes and Automobiles, Bowfinger, Father of the Bride) and he stars in the popular hulu series Only Murders in the Building with Selena Gomez and Martin Short.

The 77-year-old is promoting his new book, Number One Is Walking: My Life in the Movies and Other Diversions (illustrated by The New Yorker cartoonist Harry Bliss), on TV, as seen above with CBS anchor Gayle King, and he joined the influential social media platform Instagram to help spread the good word of his new creative endeavor.

Steve Martin fans were not disappointed to see Martin dressed in a penguin costume playing the banjo for his first post (above).

Get ready to see more of Martin: he and Gomez and Short are filming Season 3 of Only Murders in the Building, which will premiere in 2023.

Steve Martin Plays Banjo in Penguin Costume, “This Is So Much Better Than Twitter”

India is harnessing renewable energy through the world’s biggest solar farm. Here’s how it happened.

Why Direct Democracy Is Proving So Powerful for Protecting Abortion Rights