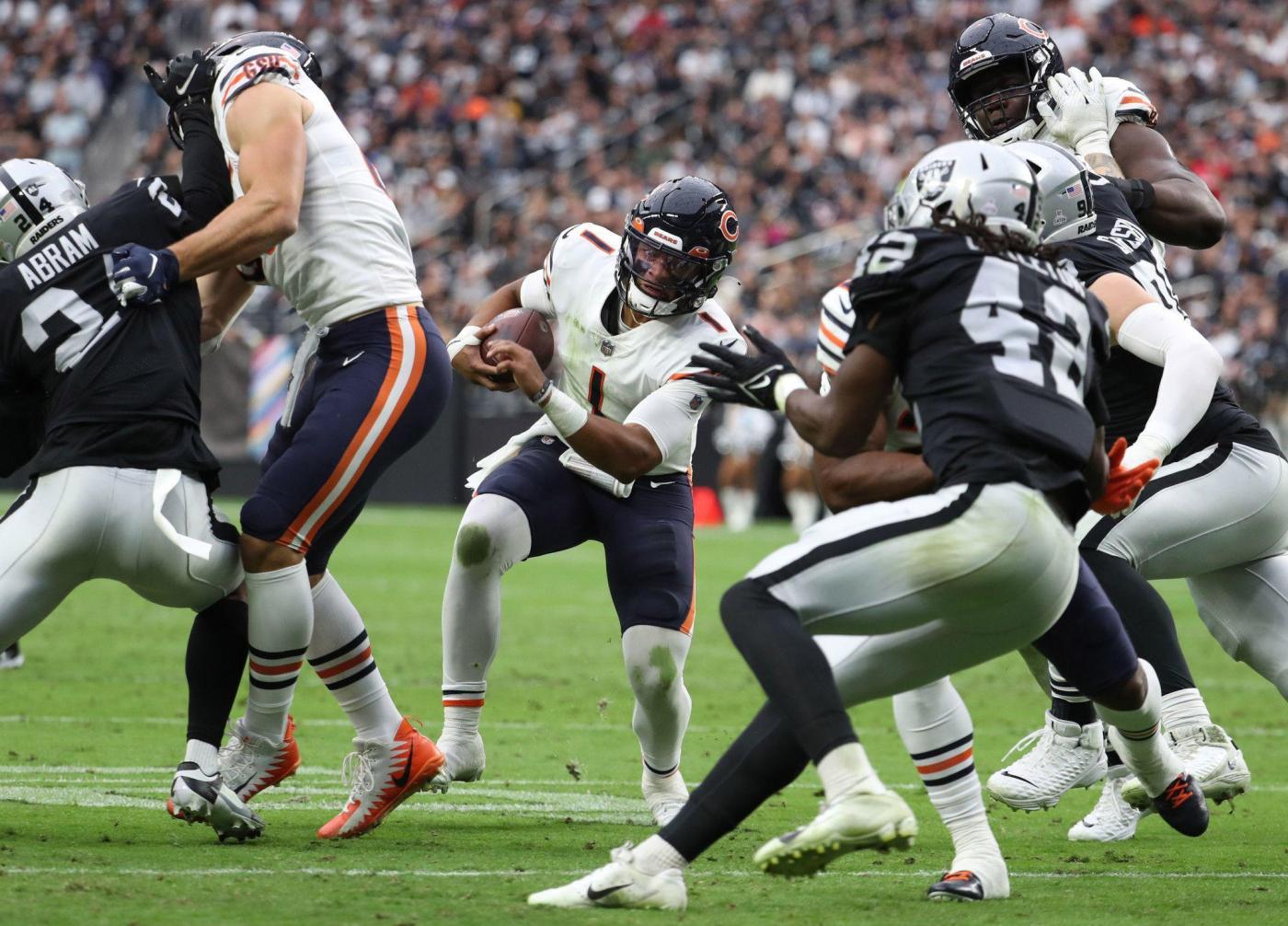 Detroit Lions coach Dan Campbell earned his first road win with the 31-30 victory. It was the Lions’ first victory on opponents’ turf since beating the Bears on Dec. 6, 2020, at Soldier Field.

The Lions took the 31-30 lead on Jamaal Williams’ 1-yard touchdown run with 2 minutes, 21 seconds to play. That capped a 91-yard drive that included a 44-yard pass from Jared Goff to Tom Kennedy, who got by cornerback Jaylon Johnson.

The Bears had a chance to win it in the final two minutes, but Fields was sacked twice in their final three plays.

A week after running for an NFL quarterback record 178 yards against the Miami Dolphins, Fields ran for 147 yards and two touchdowns on 13 carries. He completed 12 of 20 passes for 167 yards, two touchdowns and an interception.

Fields went from a cringeworthy mistake to mind-blowing touchdown in about a minute of game time earlier. He threw a pick-six to Lions cornerback Jeff Okudah that tied the game early in the fourth quarter, then broke free for a 67-yard touchdown run.

Fields weaved threw the Lions defense at the line of scrimmage and then outran four Lions defenders to the end zone. Okudah was in pursuit until making a final diving tackle attempt at the 5-yard line.

The Bears looked like they were ready to cruise to a win late in third quarter, when Cole Kmet was wide open behind the Lions defense.

Fields launched a pass right to him, and Kmet made the catch, running the final 18 yards untouched into the end zone for a 50-yard touchdown, his second of the day. Earlier in the third quarter, Fields hit Kmet with a 6-yard touchdown pass for a 17-10 Bears lead.

But the Lions hit back in the fourth quarter on a drive aided by four Bears penalties.

Patrick Scales was called for holding on the punt. Kyler Gordon was flagged for unnecessary roughness for a late hit on Jared Goff. And Jaylon Johnson was penalized twice for illegal hands to the face, one of which negated a Jack Sanborn interception.

For the game, the Bears committed nine …read more

Harriette Cole: How do I get my girlfriend to look for a job?