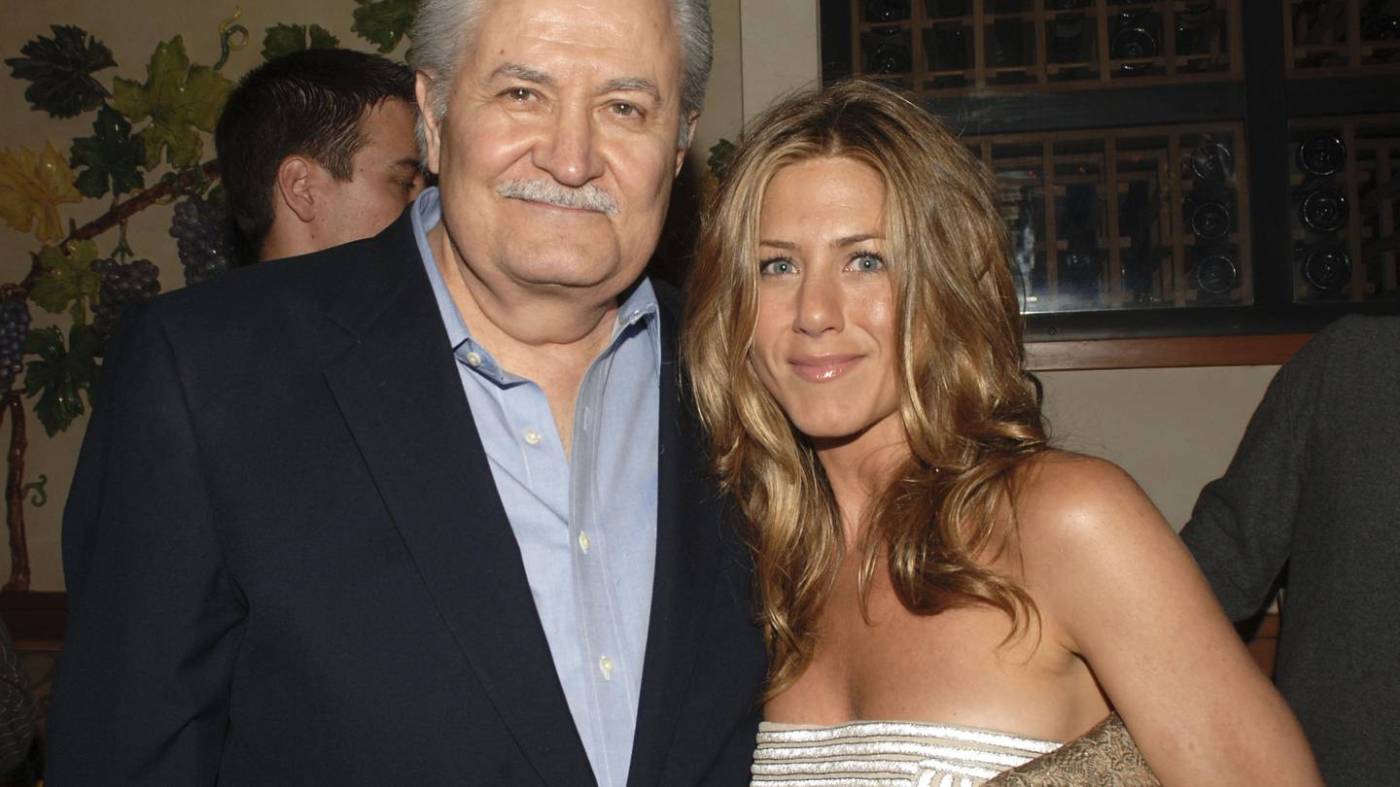 John Aniston, a longtime star of the soap opera “Days of Our Lives” and the father of actress Jennifer Aniston, died Friday at age 89, his daughter announced Monday.

The Greek-born actor played Victor Kiriakis on more than 3,000 “Days of Our Lives” episodes spanning more than three decades, earning him a lifetime achievement honor at the Daytime Emmy Awards this year.

“You were one of the most beautiful humans I ever knew,” Jennifer Aniston captioned an Instagram tribute Monday featuring photos showing her with her dad over the years.

“I am so grateful that you went soaring into the heavens in peace — and without pain,” the “Friends” actress continued. “And on 11/11 no less! You always had perfect timing. That number will forever hold an even greater meaning for me now. I’ll love you till the end of time. Don’t forget to visit.”

Aniston appeared on dozens of series and films throughout an acting career that began in the early 1960s, including roles on popular shows such as “Mission Impossible,” “Kojak,” “Star Trek: Voyager,” “The West Wing” and “Gilmore Girls.”

He was best known, however, for his portrayal of the mobster Victor on “Days of Our Lives,” a character he originated in 1985 and continued into this year.

The performance earned Aniston two Soap Opera Digest Awards — for lead actor and outstanding villain — in 1986, and a supporting actor nomination at the Daytime Emmys in 2017.

Jennifer Aniston, who starred as Rachel Green on “Friends,” presented the lifetime achievement Emmy to her father, who didn’t attend the June show.

“This is truly a special moment for me,” Jennifer Aniston, 53, said in a video that aired during the event. “It’s an opportunity to not only pay tribute to a true icon in the daytime television world, but it’s also a chance to recognize the lifelong achievements of a great and well-respected actor who also happens to be my dad.”

Born in Crete, Greece, John Aniston grew up in Pennsylvania and studied theater at Pennsylvania State University before joining the U.S. Navy.

Iranian who inspired ‘The Terminal’ dies at Paris airport

Gallagher dies at 76; comedian shot to fame with watermelon-smashing routine