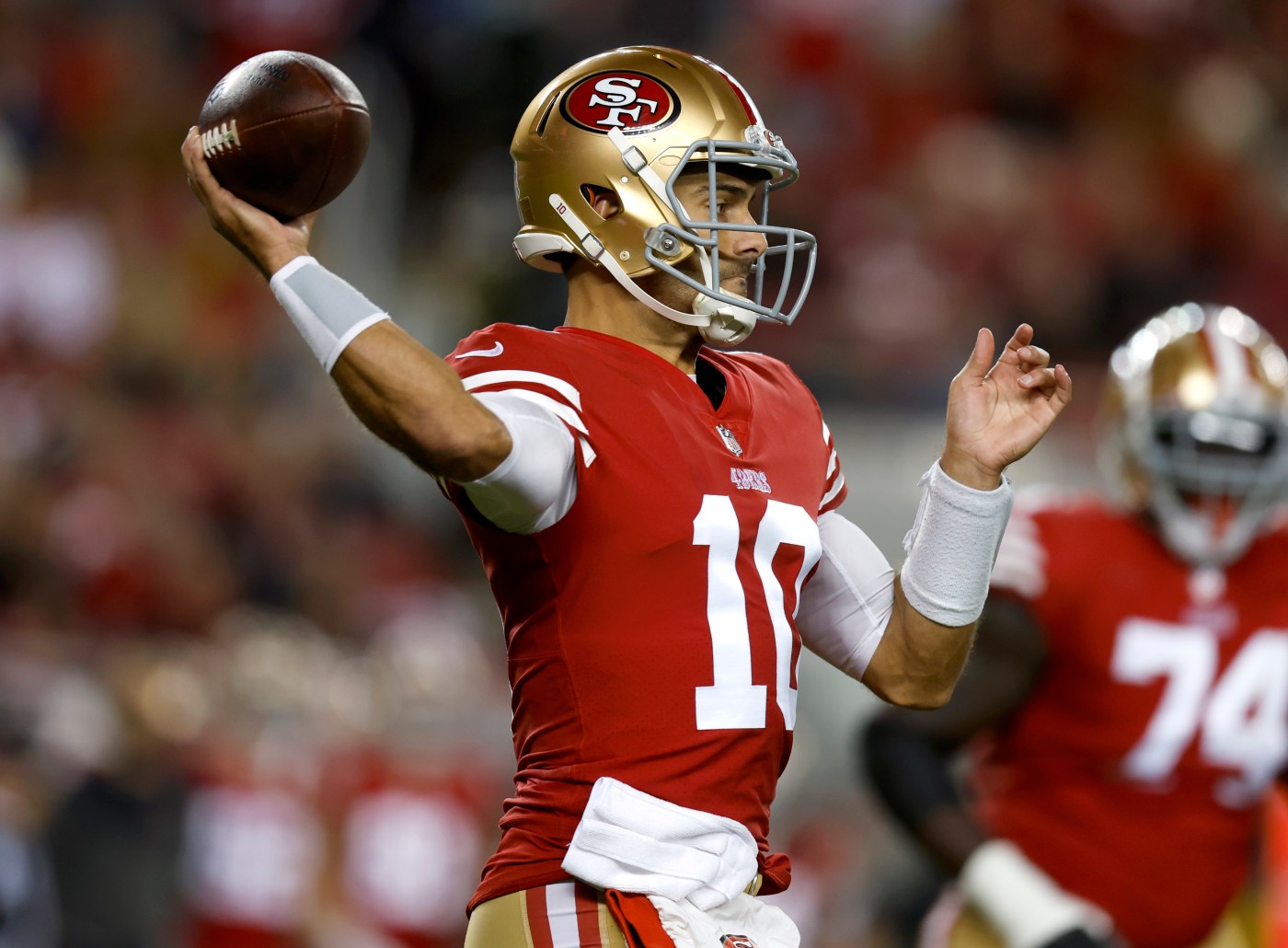 SANTA CLARA — Most teams in the NFL would be lucky to have one do-it-all offensive weapon like Christian McCaffrey or Deebo Samuel.

The Niners had both on the field — fully healthy — for the first time on Sunday.

But that’s not what the Niners did with them in Sunday’s 22-16 win over the Chargers.

No, the Niners’ offense was rather milquetoast in the victory.

Why be complicated when simple gets the job done?

The 49ers want to bully their way to the playoffs. Their win over the Chargers was the blueprint

Kurtenbach: The Niners have three key ingredients to make a second-half run

Kurtenbach: You can’t count on the 49ers for much, but they’ll always beat the Rams

McCaffrey’s historic day could be the Niners’ turning point

Despite the unimpressive scoreline — which featured three chip-shot field goals — the Niners moved the ball on Sunday. San Francisco went for 387 yards against the Bolts — a 5.5 yards-per-play clip. That’s a solid number, especially when you win the time of possession battle and only turn the ball over once.

McCaffrey had 18 touches (14 carries, four catches) for 77 yards. Samuel had only six touches but gained 51 yards.

Truth be told, running back Elijah Mitchell was more important than McCaffrey Sunday. Mitchell was the Niners’ workhorse, rushing for 89 yards on 18 carries. He kept the chains moving.

As did wide receiver Jauan Jennings. With apologies to Brandon Aiyuk, who had six catches for 84 yards (his fourth-straight game with 80-plus yards), Jennings was the Niners’ most important receiver on Sunday, …read more

Kurtenbach: The 49ers’ first game with all its offensive weapons showed potential, priorities

Ark Invest’s Cathie Wood is betting on Elon Musk’s plans for Twitter: ‘If anyone in the US can do this, I think he can’