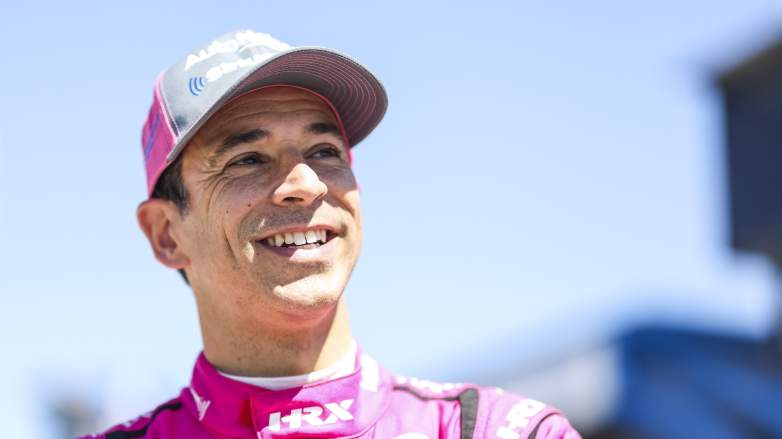 GettyHelio Castroneves moved back to a full-time schedule in the NTT IndyCar Series.

One of the biggest questions heading toward the Daytona 500 focuses on a veteran competitor from another racing series. Will four-time Indy 500 champion Helio Castroneves make his long-awaited NASCAR debut?

Castroneves made a deal in 2022 with SRX Series CEO Don Hawk. If he won one of his limited starts in the SRX Series, Hawk would use his connections to get him a seat for a race at Daytona International Speedway.

The 2022 season just ended, but attention is shifting to the 2023 Daytona 500. The February race always has numerous entries, but this lineup will be stacked with multiple guest drivers joining the full-timers.

Johnson has 19 starts in the Daytona 500, and he will make his 20th while trying to add another Crown Jewel to his collection. Smith and Hill, for comparison, have never taken on the superspeedway race.

Smith’s lone Cup Series start was at World Wide Technology Raceway as he replaced Chris Buescher, who had a positive COVID-19 test. Hill made his Cup Series debut at Michigan International Speedway while driving for Richard Childress Racing.

Multiple Other ‘Open’ Teams Could Compete

GettyJacques Villeneuve could return for the 2023 Daytona 500.

Along with the confirmed entries for Petty GMS, Beard Motorsports, and Front Row Motorsports, there are some others that could attempt to make the field for the 2023 Daytona 500.

Team Hezeberg, NY Racing, and TMT Racing all made the field in 2022 with Jacques Villeneuve, Greg Biffle, and Kaz Grala as the respective drivers. All three could return in 2023 with more notes about the Next Gen car, along with MBM Motorsports, which failed to make the field with its two entries.

Another intriguing team to watch hails from Germany. 3F Racing (3Friends Racing) announced its existence on August 3. The team founded by Dennis Hirtz and Paul Wiedeler has plans to compete part-time in the Cup Series, as well as the ARCA Menards Series and Craftsman Truck Series.

3F Racing has not confirmed that it will compete in the Daytona 500, nor has it revealed any information about its driver lineup. Though Christopher Tate revealed on Instagram that he will make starts for the team in the ARCA Menards Series and Craftsman Truck Series.

Another team to watch is Team Stange. The Chicago-based racing organization was supposed to make its debut during the 2022 Cup Series season with Tarso Marques …read more

Mark Zuckerberg, Andy Jassy, and Larry Fink just rang the alarm on the US economy. Here’s what they warned about the coming downturn.