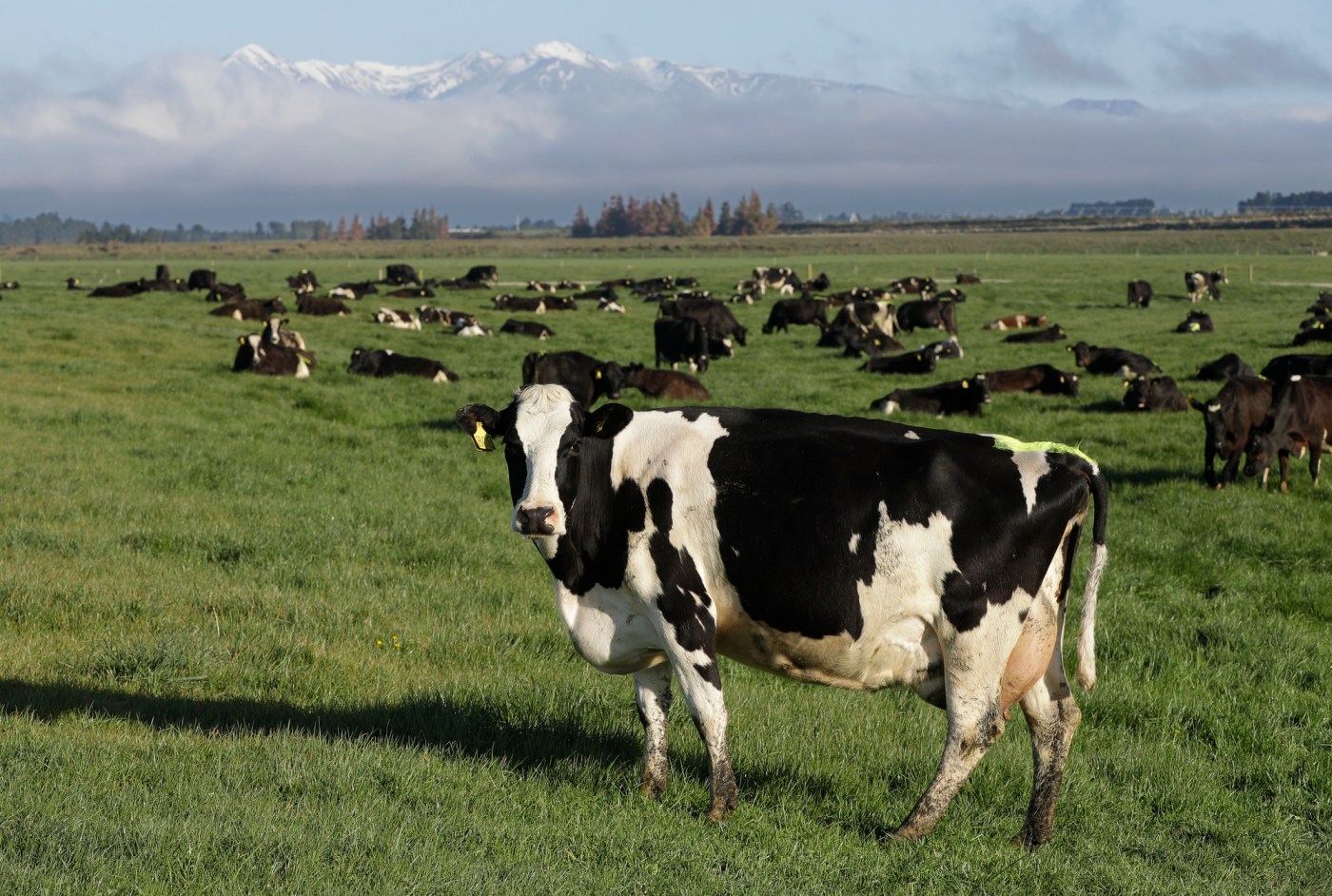 PALMERSTON NORTH, New Zealand — How do you stop a cow from burping?

It might sound like the start of a humorous riddle, but it’s the subject of a huge scientific inquiry in New Zealand. And the answer could have profound effects on the health of the planet.

More specifically, the question is how to stop cows, sheep and other farm animals from belching out so much methane, a gas which doesn’t last as long as carbon dioxide in the atmosphere but is at least 25 times more potent when it comes to global warming.

Because cows can’t readily digest the grass they eat, they ferment it first in multiple stomach compartments, or rumen, a process that releases huge amounts of gas. Every time somebody eats a beef burger or drinks a milkshake, it comes at an environmental cost.

New Zealand scientists are coming up with some surprising solutions that could put a big dent in those emissions. Among the more promising are selective breeding, genetically modified feed, methane inhibitors, and a potential game-changer — a vaccine.

Nothing is off the table, from feeding the animals more seaweed to giving them a kombucha-style probiotic called “Kowbucha.” One British company has even developed a wearable harness for cows that oxidizes methane as it’s burped out.

In New Zealand, the research has taken on a new urgency. Because farming is central to the economy, about half of the nation’s greenhouse gas emissions come from farms, compared to less than 10% in the U.S. New Zealand’s 5 million people are outnumbered by 26 million sheep and 10 million cattle.

As part of a push to become carbon neutral, New Zealand’s government has promised to reduce methane emissions from farm animals by up to 47% by 2050.

Last month the government announced a plan to begin taxing farmers for animal burps, a world-first move that has angered many farmers. All sides are hoping they might catch a break from science.

Much of the research is taking place at a Palmerston North campus, which some have jokingly taken to calling Gumboot Valley, in a nod to Silicon Valley.

“I don’t believe there’s any other place that has the breadth of ambition that New Zealand has in terms of the range of technologies being investigated in any one place,” said Peter Janssen, a principal scientist at AgResearch, a government-owned company that employs about 900 people.

Underpinning the research are studies indicating that …read more

Ravens vs. Panthers scouting report for Week 11: Who has the edge?

Form 1040: What it is, how it works, and the different types to know about