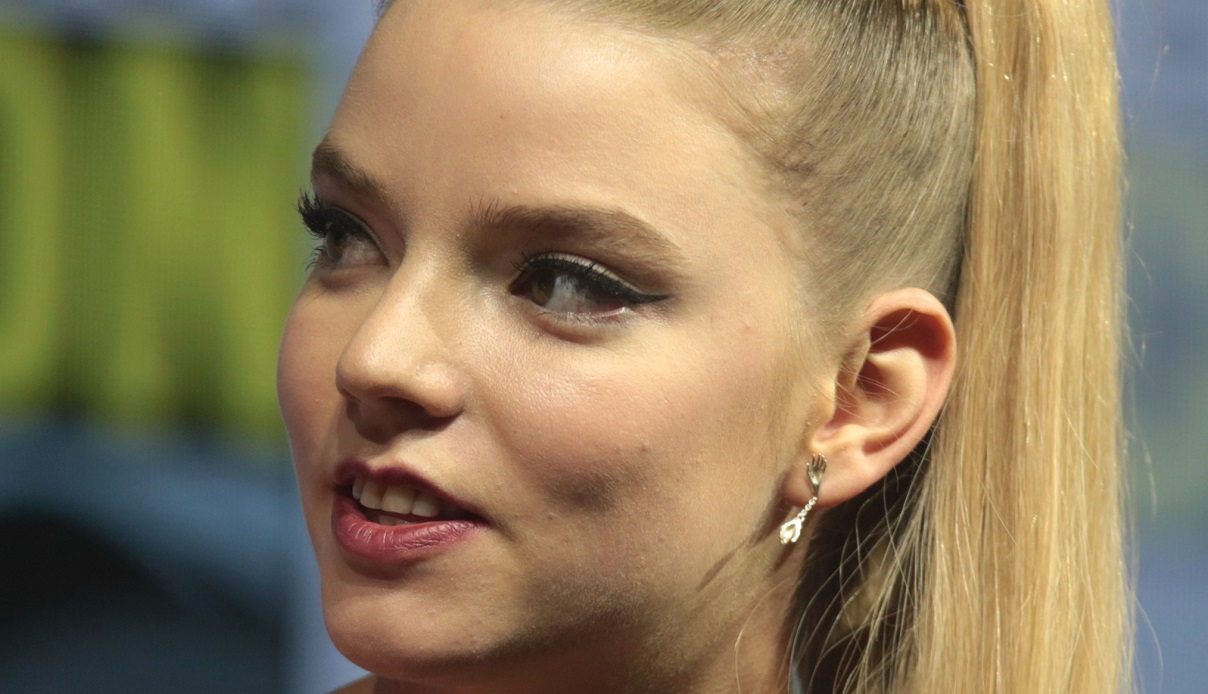 Hollywood movie star Anya Taylor-Joy is known for her roles in movies including The Queen’s Gambit (Beth Harmon) and in series including Peaky Blinders (Gina Gray), among others.

Get ready to see more of the 26-year-old scarlet: she’s making her rounds on the TV talk shows (Good Morning America) to promote The Menu.

She plays the female protagonist, a young woman who goes to a remote restaurant with her boyfriend (Nicholas Hoult) to experience the elaborate menu of a celebrity chef (Ralph Fiennes). It’s a black comedy horror film executive produced by Will Ferrell and Adam McKay. The Menu will be released in theaters on Friday, November 18.

When not on a TV or movie set, Taylor-Joy is often modeling. As seen in the stunning off-the-shoulder red gown above with a horse. Swipe photo above to watch Eddie nuzzle Taylor-Joy.

She was posing for Harper’s Bazaar UK magazine with, in her words, “my co-star and new love Eddie the stallion.” The magazine named Taylor-Joy one of their “Women of the Year.”

Anya Taylor-Joy Gets Cozy With Horse, “My Co-Star and New Love Eddie the Stallion”