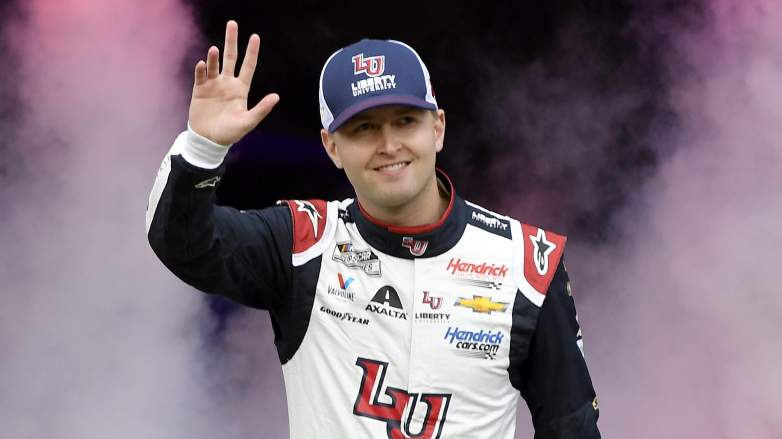 The 2023 Cup Series season is months away, but there are details already surfacing in mid-November. For example, Liberty University and Hendrick Motorsports have set the primary sponsorship schedule for William Byron.

According to a press release issued by Liberty University, Byron will run the red, white, and blue scheme for 12 races in 2023. He will first showcase the scheme during the March 19 race at Atlanta Motor Speedway before bringing it back one week later for the trip to Circuit of the Americas.

LU student and @NASCAR driver @WilliamByron will ride the momentum from his career-best season into 2023! Check out next season’s LU No. 24 primary schedule:https://t.co/IBSdfh6mbR @TeamHendrick @Hendrick24Team pic.twitter.com/FotLKNsxPk

Along with the points-paying races, Byron will also showcase Liberty University during a historic event. He will have the school as his primary partner on May 21 for the All-Star Race at North Wilkesboro Speedway.

This deal includes primary sponsorship on Byron’s No. 24 Chevrolet for 12 races annually, and it continues a relationship that began back in 2014 when he was racing Late Models.

Two years later, Byron won the first Cup Series race at the reconfigured Atlanta Motor Speedway. Liberty University was also his primary partner as he held off Ross Chastain on the closing laps.

The relationship has featured two career wins, but there will be more opportunities for Byron and Liberty to chase trophies. Both inked multi-year extensions with Hendrick Motorsports, which will keep them together through at least 2025.

FTX’s bankruptcy hearing is underway and the details are wild. Here’s what to know.

25 awesome gifts for toddlers — from just $9