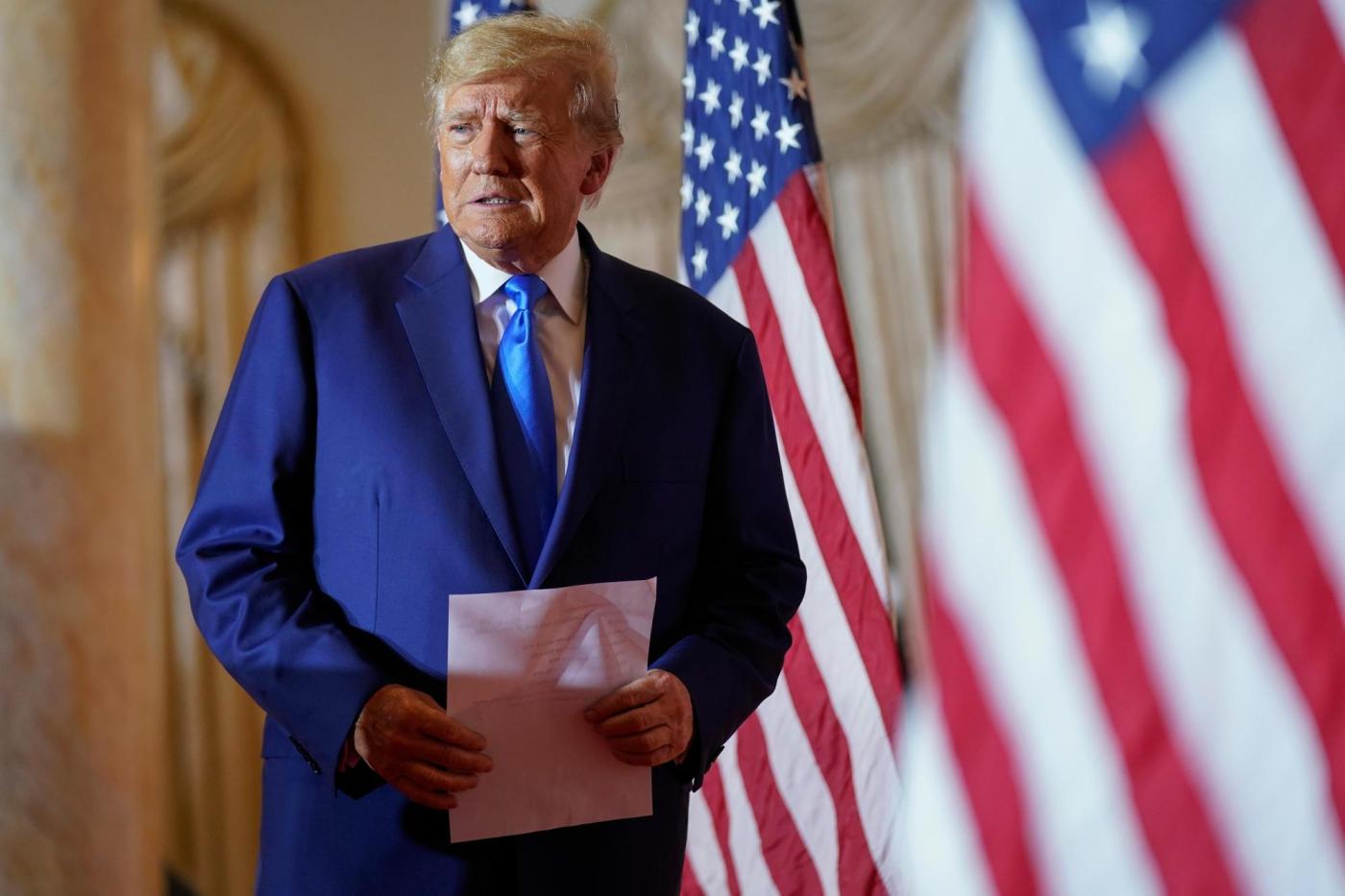 PALM BEACH, Fla. (AP) — Former President Donald Trump is preparing to launch his third campaign for the White House on Tuesday, looking to move on from disappointing midterm defeats and defy history amid signs that his grip on the Republican Party is waning.

Trump had hoped to use the GOP’s expected gains in last week’s elections as a springboard to vault himself to his party’s nomination. Instead, he finds himself being blamed for backing a series of losing candidates after Republicans failed to take control of the Senate. While the party was on the cusp of retaking control of the House on Tuesday, it could end up with its narrowest majority in decades.

“Hopefully, tomorrow will turn out to be one of the most important days in the history of our Country!” Trump wrote on his social media network on Monday. An announcement was expected at 9 p.m. EST Tuesday from his club in Palm Beach.

Another campaign is a remarkable turn for any former president, much less one who made history as the first to be impeached twice and whose term ended with his supporters violently storming the U.S. Capitol in a deadly bid to halt the peaceful transition of power on Jan. 6, 2021. Just one president in U.S. history has been elected to two nonconsecutive terms: Grover Cleveland in 1884 and 1892.

Trump is also facing a series of intensifying criminal investigations, including a Justice Department probe into the hundreds of documents with classified markings that were discovered in boxes and drawers at his Mar-a-Lago club.

Aides and allies had urged Trump to wait until after the midterms were over — and then until after a Dec. 6 Senate runoff election in Georgia — to announce his plans. But Trump, eager to return to the spotlight, is also hoping to stave off a long list of potential challengers, including Florida Gov. Ron DeSantis, who cruised to reelection last week and is now being urged by many in his party to run for president a well.

Trump has already begun to lash out at DeSantis publicly and on Tuesday, the Florida governor responded, dismissing the criticism as “noise.”

“At the end of the day, I would just tell people to go check out the scoreboard from last Tuesday night,” DeSantis told reporters.

Trump prepares to launch 3rd campaign for the White House