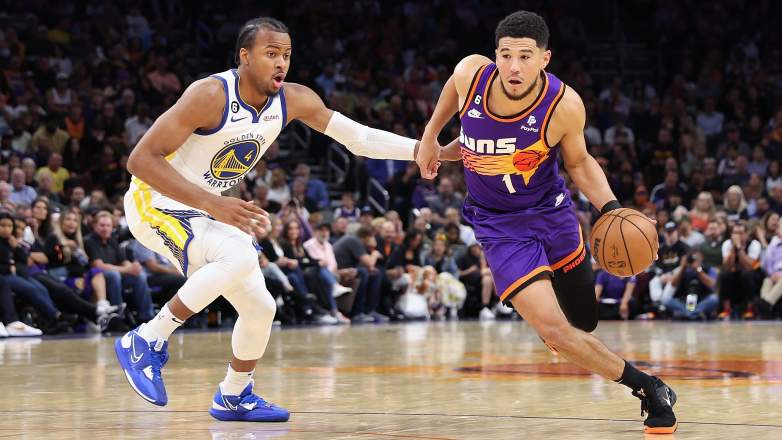 The Golden State Warriors bet big on their young corps of players this season, but the returns have yet to come in.

The Dubs parted ways with Otto Porter Jr. and Gary Payton II after each man played a pivotal role in helping the team to its fourth NBA Championship in eight years. The decisions were salary-cap based, as Porter garnered $12 million over two years from the Toronto Raptors and Payton pulled a three-year deal worth $26 million from the Portland Trail Blazers.

The Warriors, already sporting the largest roster bill (salary/luxury tax combined) in league history for the second consecutive year, couldn’t offer anywhere near those amounts. Instead, Golden State banked on the likes of second-year players Moses Moody and Jonathan Kuminga, as well as a returning James Wiseman, to leap forward and fill the gaps left behind. So far, the veteran shoes have proven too roomy for the youngsters to fill.

Moody, for instance, has been benched the previous two games via a coach’s decision after playing just nine minutes against the Sacramento Kings on November 7. Head coach Steve Kerr on Sunday spoke to Moody’s absence from the lineup in consecutive contests after the shooting guard had been averaging nearly 17 minutes of floor time per night.

“I’m really confident in Moses, and he’ll find his way back into the rotation,” Kerr said. “I’ve talked to him about turnovers and fouls, that’s the big thing. When you’re a young player trying to find a role, it’s really important to just be solid.”

Moody is averaging 1.4 turnovers and 1.2 personal fouls per game, according to Basketball Reference. He is also producing 6.4 points, 2.2 rebounds, 0.5 assists, 0.5 steals and 0.5 blocks across 11 regular season appearances.

Moody Likely to Return to Rotation Monday Night Against Spurs

GettyMoses Moody of the Golden State Warriors defends Devin Booker of the Phoenix Suns during the second half of a game at Footprint Center on October 25, 2022 in Phoenix, Arizona. (Photo by Christian Petersen/Getty Images)

Moody’s value is specifically tied to the Dubs’ success in the vaunted second games of back-to-backs, which are often considered to be scheduled losses.

Which winter strikes are happening and when