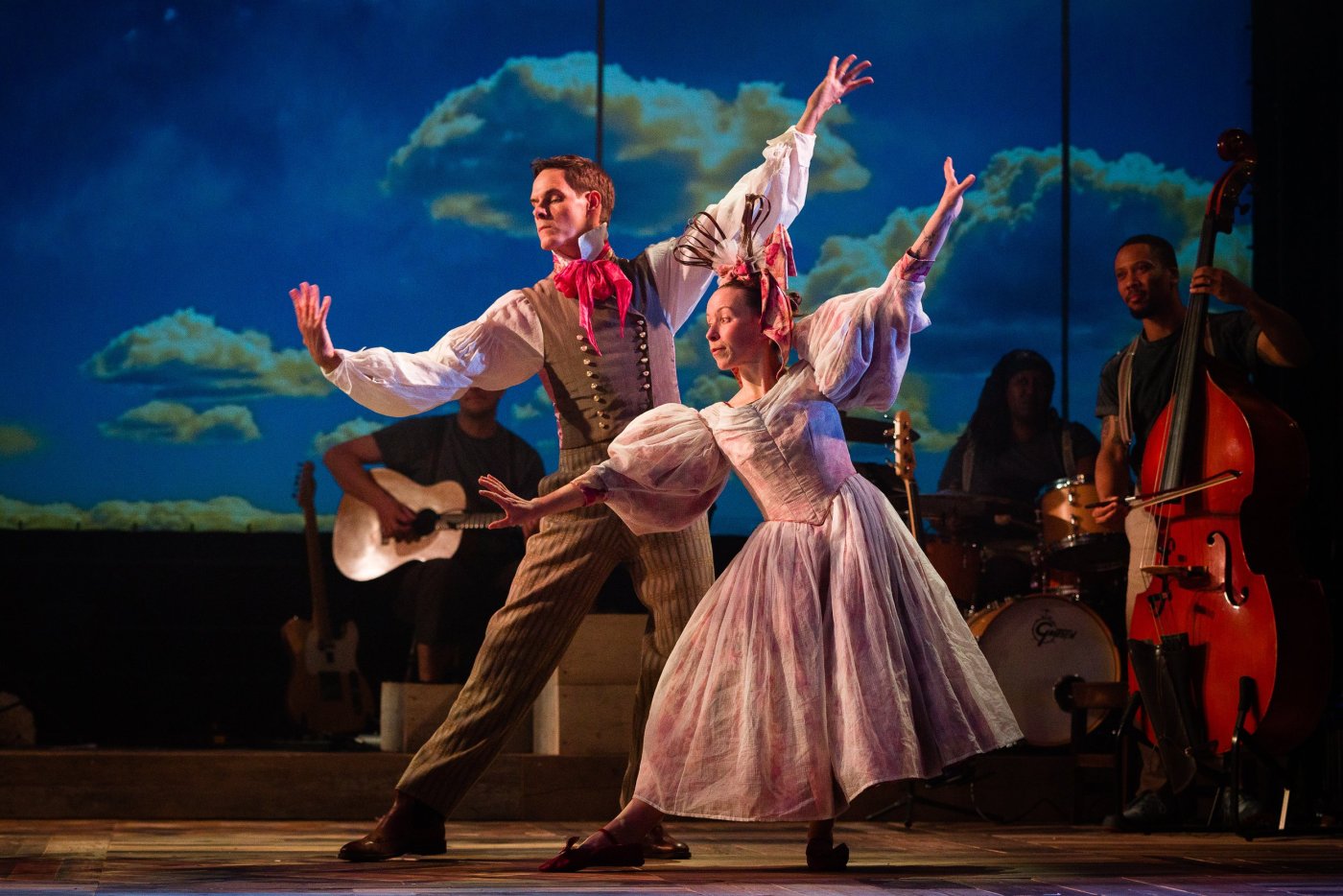 A harrowing tale of people being unrelentingly horrible to each other, “Wuthering Heights” has fascinated readers and viewers of its innumerable film adaptations for generations. And now English director/adaptor Emma Rice’s stage version is set to dazzle Berkeley Repertory Theatre audiences in its West Coast premiere.

Emily Brontë’s only novel, “Wuthering Heights” was first published in 1847, along with her sisters Charlotte and Anne’s novels “Jane Eyre” and “Agnes Grey” respectively, all under male pseudonyms. A year later Emily died of tuberculosis at the age of 30.

“‘Wuthering Heights’ is such a big part of the British culture, it’s been in my life always,” Rice says in a Zoom call from the U.K. “I’m from the middle of England, and we used to go up to the Yorkshire moors for holidays. I can remember walking with my mum when I was little to go and see the ruin that they think inspired ‘Wuthering Heights.’ And I was very, very disappointed. It’s this pile of tiny bricks in the middle of nowhere that I’d been forced to walk to in the rain. And then I loved it as a teenager. I loved the gothic romance of it.”

“Wuthering Heights” is the story of the mysterious orphan Heathcliff and his campaign of unrelenting vengeance against the upper-class family that took him in and mistreated him. It’s also a tale of the doomed love between him and his foster sister Cathy that ties them together even as they torment each other.

“It’s agonizing to watch people be the worst of themselves,” Rice reflects. “But I do feel there’s a motor under there which pulls you through, because you understand these people, and you are willing them through. Emily Brontë makes us work for it, but she does give us hope. But my goodness, it’s hard fought for. And I love it for that.”

The former artistic director of Cornwall’s Kneehigh Theatre and Shakespeare’s Globe in London, Rice founded her own touring theater company, Wise Children, in 2017, kicking off with a stage adaptation of Angela Carter’s 1991 novel of the same name.

With Kneehigh, Rice wowed audiences with “Brief Encounter” at American Conservatory Theater in 2009 and a string of shows at Berkeley Rep starting in 2011: “The Wild Bride” (twice), “Tristan & Yseult,” “An Audience with Meow Meow” and “946: The Amazing Story of Adolphus Tips.”

Rice decided that she had to adapt ‘Wuthering Heights’ in 2016, spurred by …read more

Amoxicillin shortage: What alternatives are available for kids?