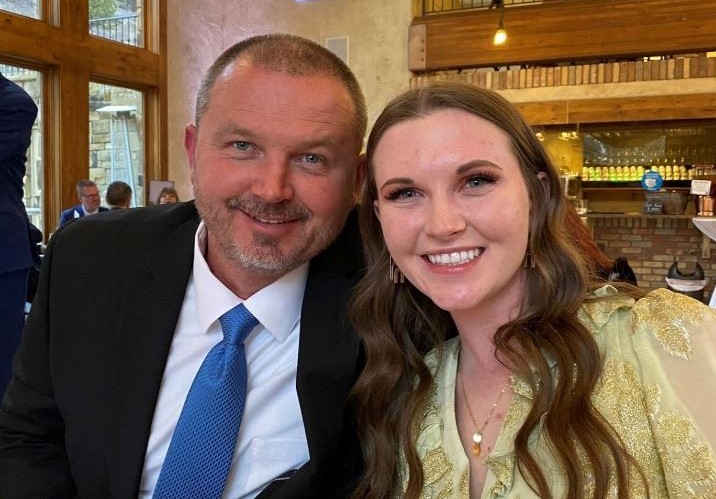 The Moreno Valley man accused of driving drunk and crashing head-on into an off-duty Riverside County sheriff’s correctional deputy, killing the corporal and his daughter, had not owned a valid driver’s license for 17 years at the time of the collision, the state Department of Motor Vehicles said.

The license of Scott Brandon Bales, 47, expired in 2005, a DMV spokesman said Tuesday, Nov. 15. Then it was revoked on March 30, 2015, the day Bales pleaded guilty in Superior Court in Orange County to felony DUI with three or more priors, felony driving with a blood alcohol of .08 percent or higher with three or more priors, driving on a suspended license, a misdemeanor, and speeding.

Bales was sentenced to a year in jail — serving 290 days after receiving credit for time already served — and a year of mandatory supervision by the Probation Department. He was also ordered to attend a multiple-offender alcohol program. The conviction called for a sentence of 1-3 years, according to the law, so he received the midpoint.

And Bales was required to sign a document informing him that driving under the influence could result in injury to others and that a DUI conviction could be used against him in court. That document, known as a Watson Advisement, is often used in court against defendants who have been charged with second-degree murder. A conviction on that charge can bring a sentence of 15 years to life. Bales had not been charged as of Tuesday.

Before the 2015 plea, Bales was convicted of misdemeanor DUI in 2006, 2009 and 2011 in Riverside County, court records show. The Southern California News Group reported Monday that Bales had only three DUI convictions before discovering a fourth on Tuesday. Bales has been convicted of driving without a license at least three times.

It is with a heavy heart that we announce the passing of Corporal Daniel Jacks and his daughter Hannah. They passed away due to a traffic accident caused by a drunk driver. Corporal Jacks was part of the @RSO since 2008. https://t.co/kfy26UaXlE pic.twitter.com/w6M17hCasg

The crash that killed the Cpl. Daniel Jacks Jr., 45, of San Jacinto, and 19-year-old Hannah Jacks happened just before 9 p.m. Sunday on Gilman Springs Road east of Bridge Street near San Jacinto. Bales was driving his Chevrolet Silverado west on Gilman Springs when he …read more

Driver accused of killing California deputy and his daughter in collision lacked license since 2005, DMV says

ASK IRA: Caleb Martin is an answer, but does he solve the Heat’s riddle?