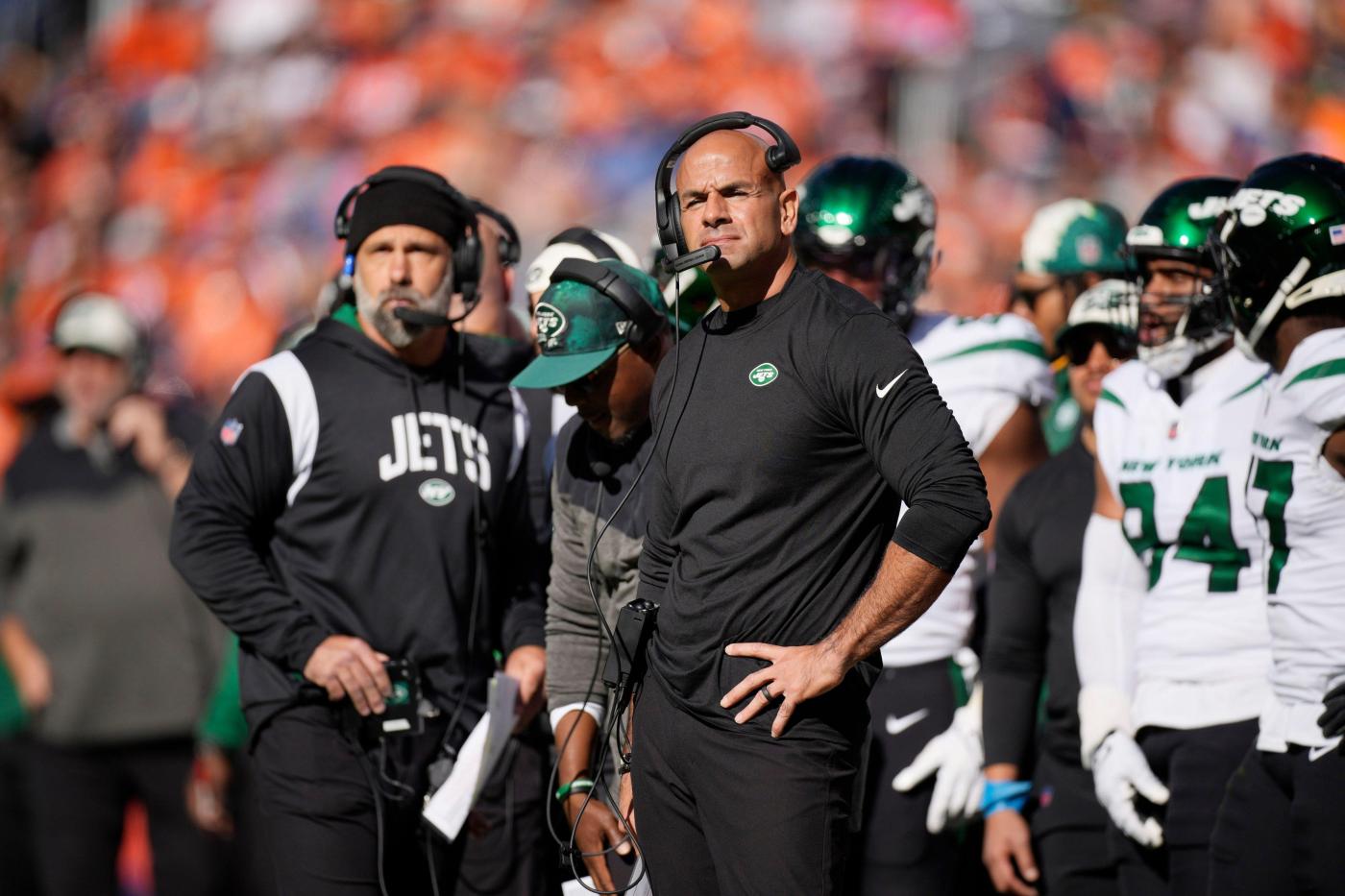 After years of postseason-less football, the Jets are as close to the playoffs as they’ve been in 12 seasons.

At the halfway point of the season, Gang Green is 6-3 and a half-game out of first place in the AFC East. Following a 1-2 start, the Jets have won five of their last six games.

The Jets currently have the longest playoff drought in the NFL (2010).

“We’ve got a good opportunity, obviously, over the next eight games to do something,” Jets coach Robert Saleh said. “I don’t think [Sunday’s] games matter much because we’re still in position where we have to take care of our own business, and there’s a lot of football to be played before we even think about scenarios.

This Sunday, the Jets will try to avenge the one loss they’ve had during the last two months as they will travel to Foxborough to take on the Patriots. New England defeated New York 22-17 at MetLife Stadium on Oct. 30.

If the Jets defeat the Patriots, they would be in first place in the AFC East and in position to host a playoff game for the first time since 2002, when the last time they won the division. With eight games to play, it is never too early to look at the current standings.

If the season ended today, the Jets would be the fifth seed in the AFC due to the Dolphins playing one extra game. That means Gang Green would open the playoffs in Baltimore against the Ravens. Baltimore is leading the AFC North with a 6-3 record, as they defeated the Jets in Week 1 24-9.

After the Jets’ game against the Patriots Sunday, they will host the Bears in one of their final three home games of the season on Nov. 27. The Bears are 3-7 and in last place in the NFC North.

We will learn a lot about the Green and White as the calendar flips to December. The Jets will have back-to-back challenge road games against the Vikings (Dec. 4) and the Bills (Dec. 11). The Vikings have the second-best record in the NFC at 8-1.

The Bills will be looking for revenge …read more

It’s not too early to think playoffs with the Jets