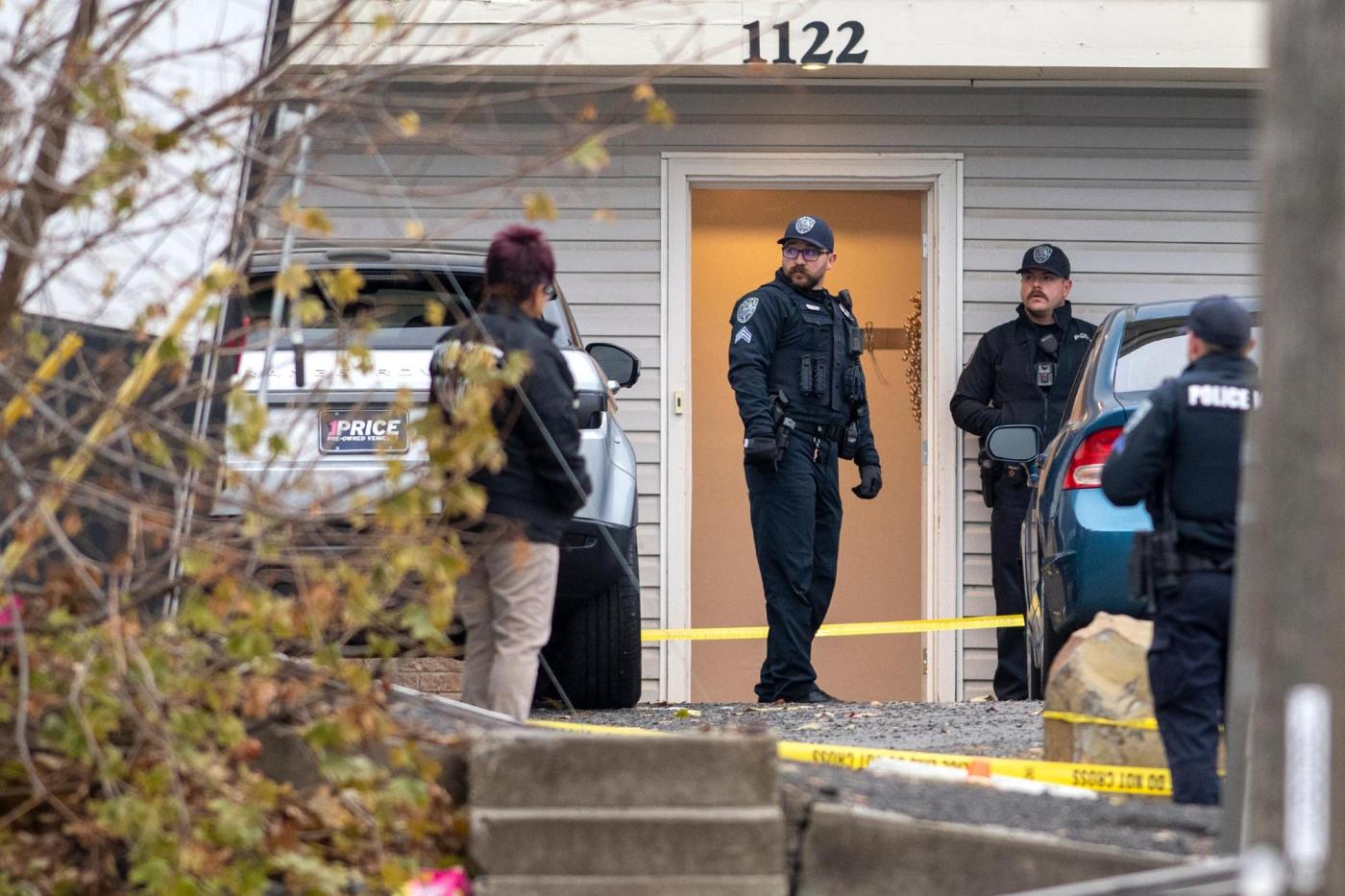 MOSCOW, Idaho (AP) — The killer — or killers — who stabbed four University of Idaho students to death remained at large Tuesday, prompting many students to leave the campus in the idyllic small town despite police assurances that there was no imminent risk to the community.

So many students had left the scenic tree-lined campus in Moscow, Idaho, by Tuesday that university officials said a candlelight vigil scheduled for the next day would instead be held after the Thanksgiving break.

The students, all close friends, were found dead in an off-campus rental home around noon on Sunday, and officials said they likely were killed several hours earlier. Latah County Coroner Cathy Mabbutt told the Spokane, Washington-based television station KXLY that her preliminary investigation showed the students were stabbed to death. There is no indication that substance use was involved in the deaths, Mabbutt said.

The Moscow Police Department has not said whether investigators have identified any suspects, but maintained in a statement that the killings came in “an isolated, targeted attack and there is no imminent threat to the community at large.” Police also said evidence from the scene indicates there is no broader risk, but provided no information about that evidence nor why they believe the victims were targeted.

The department said investigators were working to establish a timeline of the victims’ activities before they were killed. Autopsies scheduled for Wednesday could provide more information about the slayings.

Investigators were “following all leads and identifying persons of interest” in the case, the police statement said.

Police responding to a report of an unconscious person at the home Sunday discovered the students’ bodies. The victims were identified as Ethan Chapin, a 20-year-old from Conway, Washington; Madison Mogen, a 21-year-old from Coeur d’Alene, Idaho; Xana Kernodle, 20, from Avondale, Arizona; and Kaylee Goncalves, 21, from Rathdrum, Idaho. Authorities have not described which of the victims lived in the home.

Kernodle’s sister, Jazzmin Kernodle, wrote in a text to the AP that her family was confused and anxiously waiting for updates from the investigation.

“Xana was so happy and loved, and it breaks my heart,” Jazzmin Kernodle wrote. The other students were also amazing people, she said, and her sister was lucky to have them in her life.

“She was so lighthearted, and always lifted up a room. She made me such a proud big sister, and I wish I could have had more …read more

Killer who stabbed 4 Idaho students to death still at large

Bitcoin is on the ‘road to irrelevance’ and its last gasp was already on the horizon before FTX’s collapse, ECB officials say