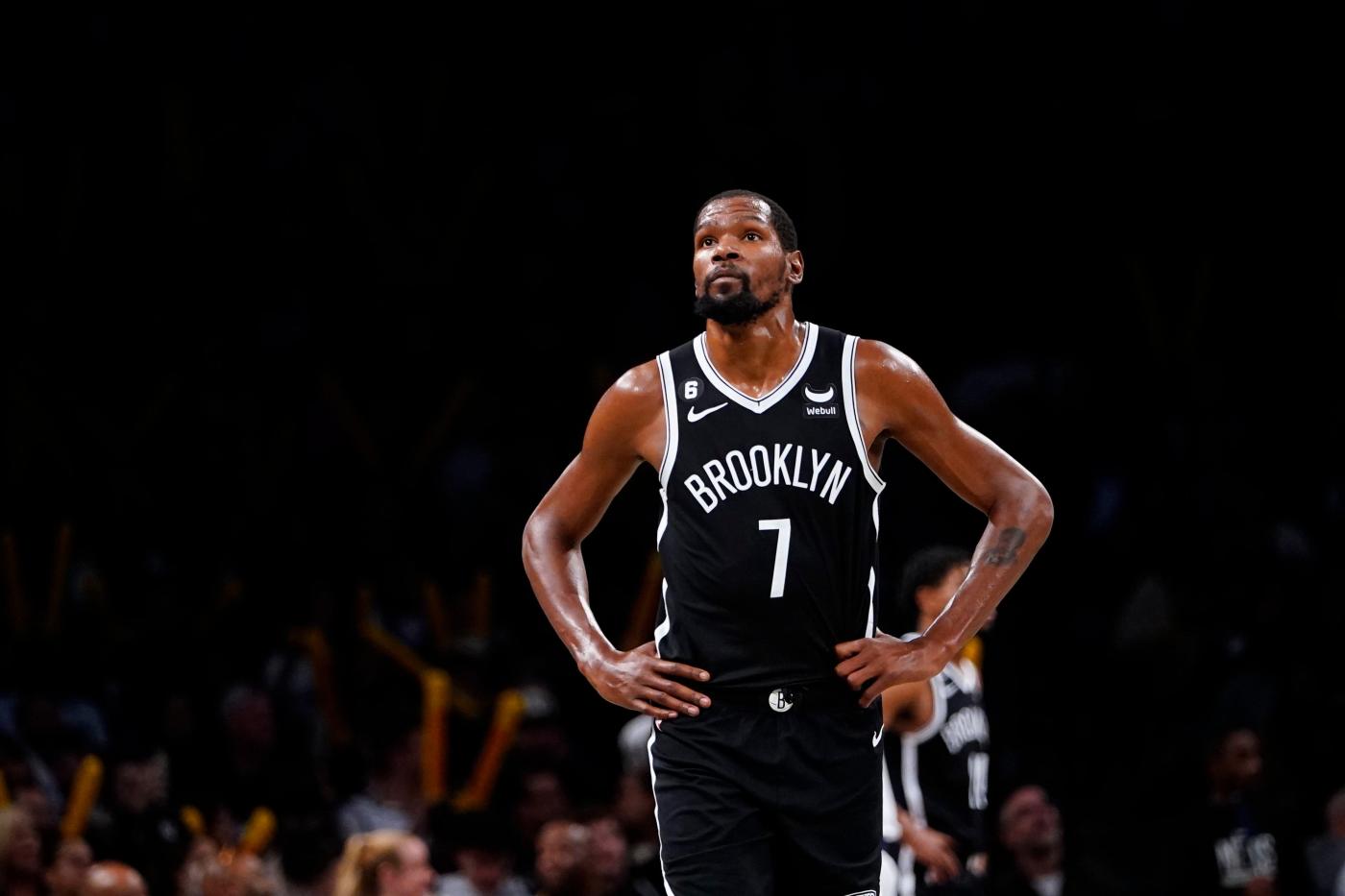 After the Nets gave up a franchise regulation record 153 points in their 32-point loss to the Sacramento Kings on Tuesday, Brooklyn’s star forward said the starting lineup as currently constructed shouldn’t be expected to win very many games.

For the record, All-Star guard Kyrie Irving is expected to miss his eighth straight game suspended for “conduct detrimental to the team” and All-Star forward Ben Simmons has been coming off the bench as he rehabs both his lower back after offseason surgery and a left knee that’s had swelling issues.

“Look at our starting lineup: Edmond Sumner, Royce O’Neale, Joe Harris, [Nic] Claxton and me. It’s not disrespect, but what are you expecting from that group?,” Durant said in an interview with Bleacher Report. “So if you’re watching from that lens, you’re expecting us to play well because No. 7 is out there.”

Irving’s absence and Simmons’ lack of offensive punch has been glaring through the first 15 games of the Nets’ season.

Irving was averaging 27 points, five rebounds and five assists per game before the Nets deemed him “unfit to be associated with the” organization for “failure to disavow antisemitism” after his controversial post on social media received widespread backlash. The Nets have missed that production, and quite frankly, they have yet to receive quality minutes from Simmons — outside of his 20 minutes against the Kings.

It’s all fallen on Durant, who has scored 25 or more points every game this season and has cracked the Top-19 on the NBA’s all-time leading scorer’s list, but has done so without viable, consistent offensive support.

In a separate interview on the same day, Durant told Andscape the Nets have to “just keep encouraging” Simmons, who played in the preseason opener for the first time in 470 days after missing the entire 2021-2022 NBA season, then undergoing a microdiscectomy on his lower back during the summer. Simmons scored 11 points and flashed more athleticism Tuesday night against the Kings than he’s shown all season.

“Just keep encouraging. More than anything, that comes from within. Internally figure that out,” he said of Simmons. “And we can encourage and be there for him as much as we can, but it’s all about the individual and I think he wants it.

“So, you’ve got to be patient, but also know that there’s some sense of …read more

Kristian Winfield: Kevin Durant is pointing out the obvious

Dolphins Q&A: How will defense do on West Coast trip? How many wins for Miami?