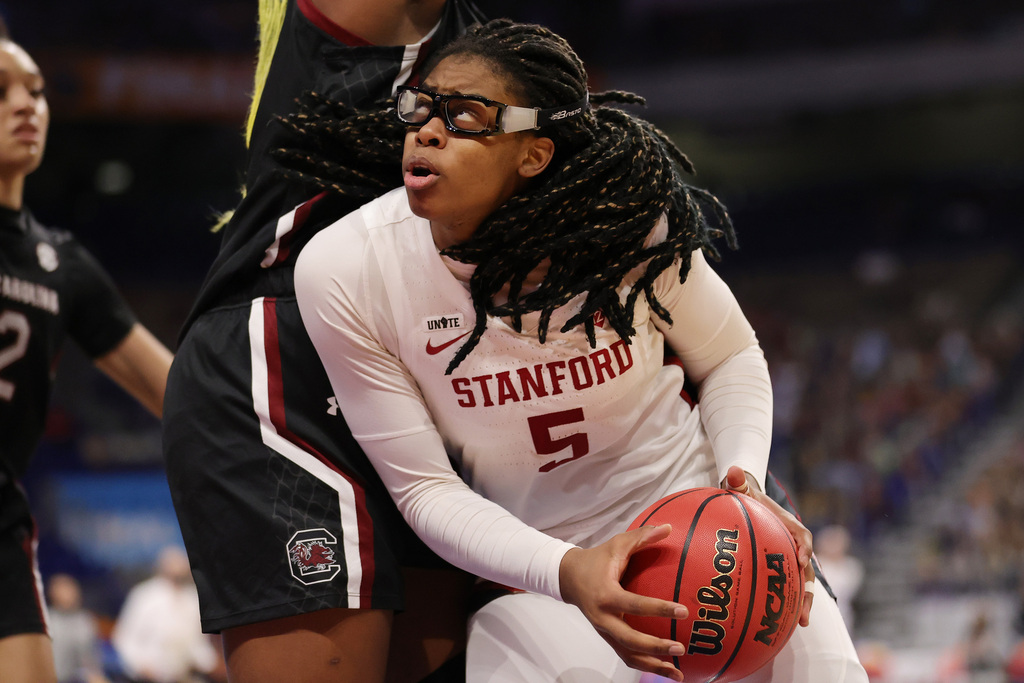 Stanford women’s basketball is a team in a hurry.

The No. 2-ranked Cardinal, which played four games in seven days to open the season, is back to work Wednesday against Cal Poly. It’s an accelerated lead-up to the Sunday home showdown against No. 1 South Carolina in what will be a second rematch since Stanford’s 66-65 win in the 2021 Final Four.

South Carolina rallied to beat the Cardinal 65-61 last December and went on to win the 2022 national title while Stanford lost to Connecticut in the Final Four.

Stanford was 4-0 last week with an average victory margin of 49 points, becoming the first team nationally to reach four wins. Most importantly, Tara VanDerveer was able to spread minutes around and perhaps settle on freshman Talana Lepolo as a starting guard in place of departed Lexie Hull.

The Cardinal led by 18 points at halftime over South Carolina a year ago, only to lose primarily because it committed 20 turnovers. So far, Lepolo has 26 assists and just seven turnovers, albeit against vastly lesser competition than she will face Sunday. Senior Haley Jones also will be on the ball at times for Stanford in the 63rd meeting between Associated Press No. 1-2 teams.

Overall, Pac-12 teams are a combined 32-1 through Tuesday.

Last week: 2
Results: beat Seattle 90-47, beat Southern 83-46
Next up: vs. Southern Utah (Monday)
NET ranking: No. 13
Comment: The Ducks dropped one spot to No. 21 in the AP poll through no fault of their own, then won in a third blowout Monday. Grace VanSlooten, a 6-foot-3 forward, is Pac-12 Freshman of the Week, averaging 18 points in her first two games and leading all scorers in both.