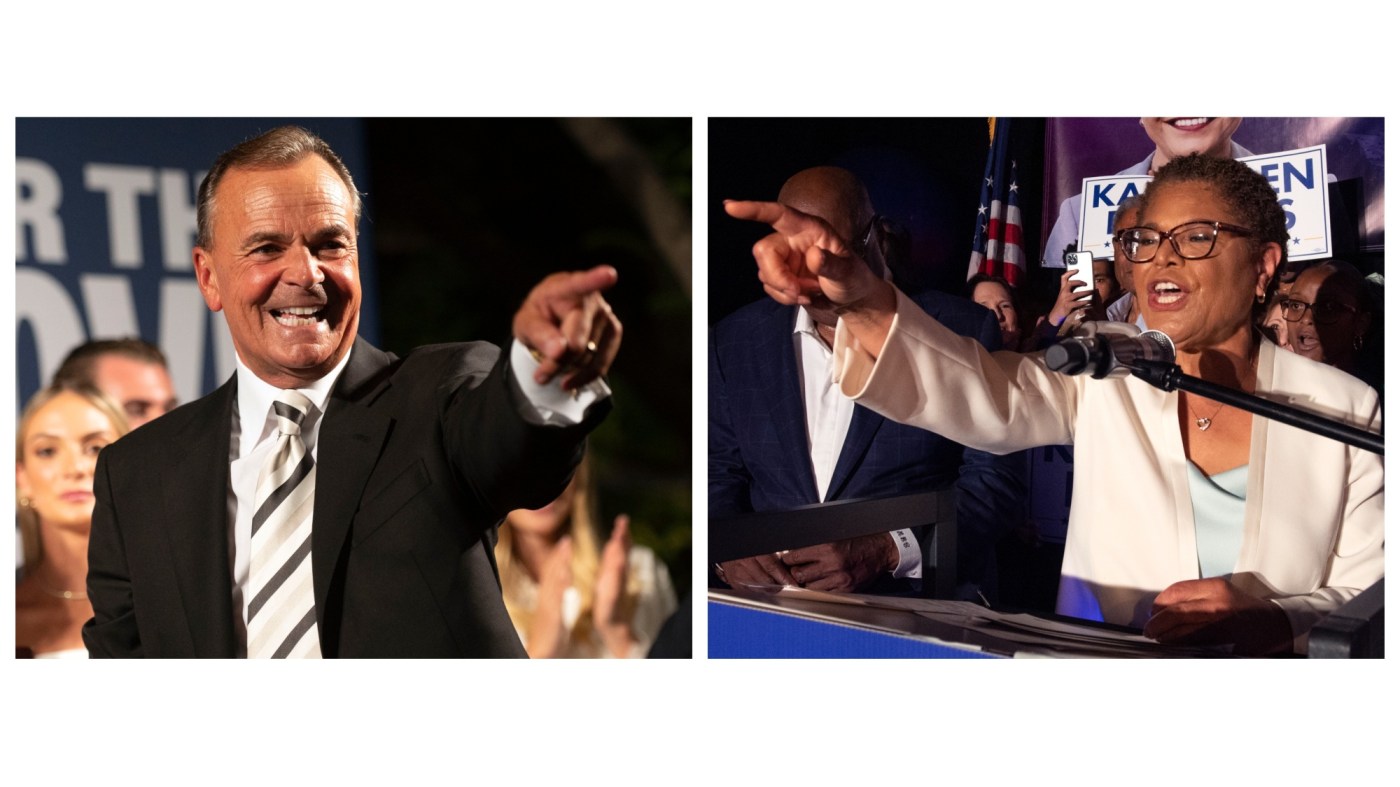 U.S. Rep. Karen Bass further extended her lead over developer Rick Caruso on Tuesday, Nov. 15, with the latest vote count giving the congresswoman a 36,349-vote cushion,  a 5-percentage point advantage and her widest yet, over her opponent in the race to become mayor of Los Angeles.

There are more ballots to count, but increasingly, political observers acknowledge that the odds of Caruso being able to bounce back enough to win the race are growing slimmer.

Of roughly 33,300 ballots processed on Tuesday, 60.6% of the votes went to Bass — in line with the vote breakdown of the last few updates.

Bass’ campaign did not immediately respond to a request for a comment Tuesday. One day earlier, the congresswoman said through a spokesperson that she was “honored and grateful for the support we are continuing to see.”

Caruso’s most recent tweet about the vote tallies was five days ago when he was last ahead – by half a percentage point after Bass began closing in on him. At that point, Caruso said he remained “cautiously optimistic.”

His campaign declined to comment on Monday, after the last four updates from the registrar’s office showed results more favorable to Bass, and did not immediately respond to a message seeking comment on Tuesday.

Several political observers who have monitored the race closely have indicated this week that it would be difficult for Caruso to flip the race in his favor moving forward.

Mindy Romero, director of USC’s Center for Inclusive Democracy, said ahead of Tuesday’s results update that while she was not calling the race, that things were looking “very good” for Bass.

On Monday, data analyst Paul Mitchell, vice president of Political Data Inc., noted that the last four batches of votes tallied up by that time showed Bass with a 20 percentage-point advantage on average.

“There’s not a lot of reason to suggest why that might switch back,” Mitchell said. If anything, he added, Bass is likely to increase her lead since later vote-by-mail ballots the registrar’s office receives after Election Day tend to come from Democrats and younger voters inclined to support more progressive candidates.

I’ve made $305,000 in revenue in the last year as a money coach. Now the business pretty much runs itself — here’s how I set it up by focusing on one new product.