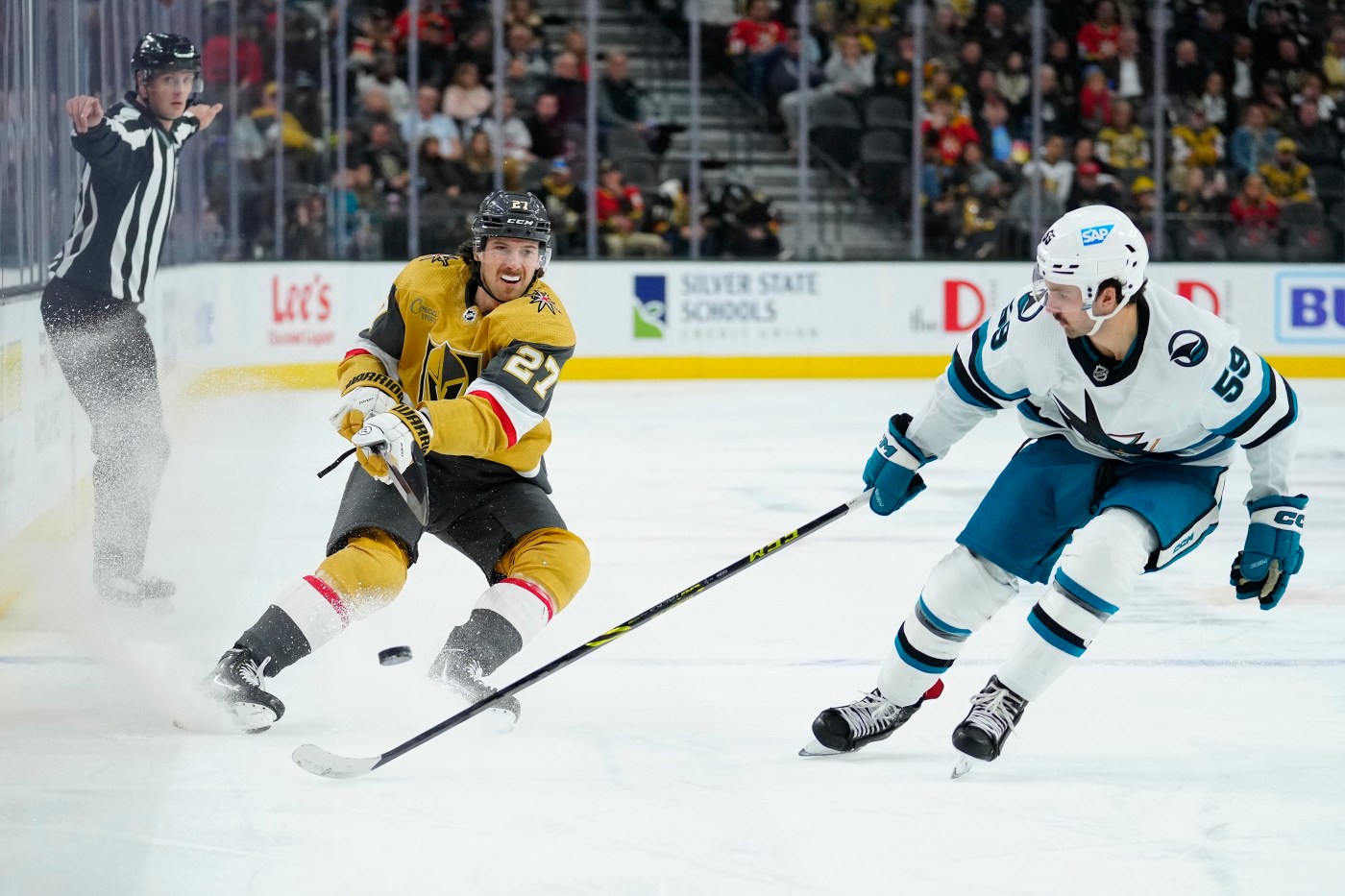 San Jose Sharks defenseman Nick Cicek said his NHL debut definitely lived up to what he always hoped it would be, even if it involved a rather costly turnover.

Cicek finished with 17:35 of ice time in what became a 5-2 Sharks victory over the Vegas Golden Knights on Tuesday at T-Mobile Arena. Cicek was also used on the penalty kill that went 3-for-3, was credited with two hits, and had one shot on net in the second period after he joined the rush with Nick Bonino.

“I’ve still got a smile on my face,” Cicek said after the game. “I have been smiling all day. It’s been an incredible experience and I can’t wait to keep going.”

Cicek had a rough ending to the first period. He had the puck just outside of the Sharks’ blue line but couldn’t get enough on a pass intended for Nico Sturm.

Instead, the puck was intercepted by Jack Eichel, who would quickly go on to one-time a shot past James Reimer for his 10th goal of the season and a 1-0 Golden Knights lead with 3.9 seconds left in the first.

Cicek, though, said he got the emotional lift he needed from his Sharks teammates at the intermission

“Pretty much the whole room came up to me and said don’t worry about it, you had a good first period with your NHL debut,” Cicek said. “They said mistakes happen all the time. It wasn’t my first mistake, and it’s not going to be my last mistake.

“It’s going to happen. But I think I rebounded from that and kept going and the boys definitely helped me out with that.”

The game completed a hectic two days for Cicek, who found out Monday morning that he was getting called up to the NHL from the Barracuda. The Sharks put Radim Simek on injured reserve Monday with an upper-body injury, creating a spot on the 23-man roster for Cicek, who flew into Las Vegas from San Jose late Monday afternoon.

Scott Harrington was initially expected to take Simek’s spot in the lineup. But since Harrington hadn’t played since Oct. 22, Sharks coach David Quinn went with Cicek, who had an impressive camp and had played 10 AHL games this season.

Cicek, 22, said his parents, who live in Winnipeg, weren’t able to make it to the game, but his younger brother Michael, a forward with the Spokane Chiefs of the WHL, …read more

This failed California ballot prop. spent 50 times more for each yes vote than the abortion measure