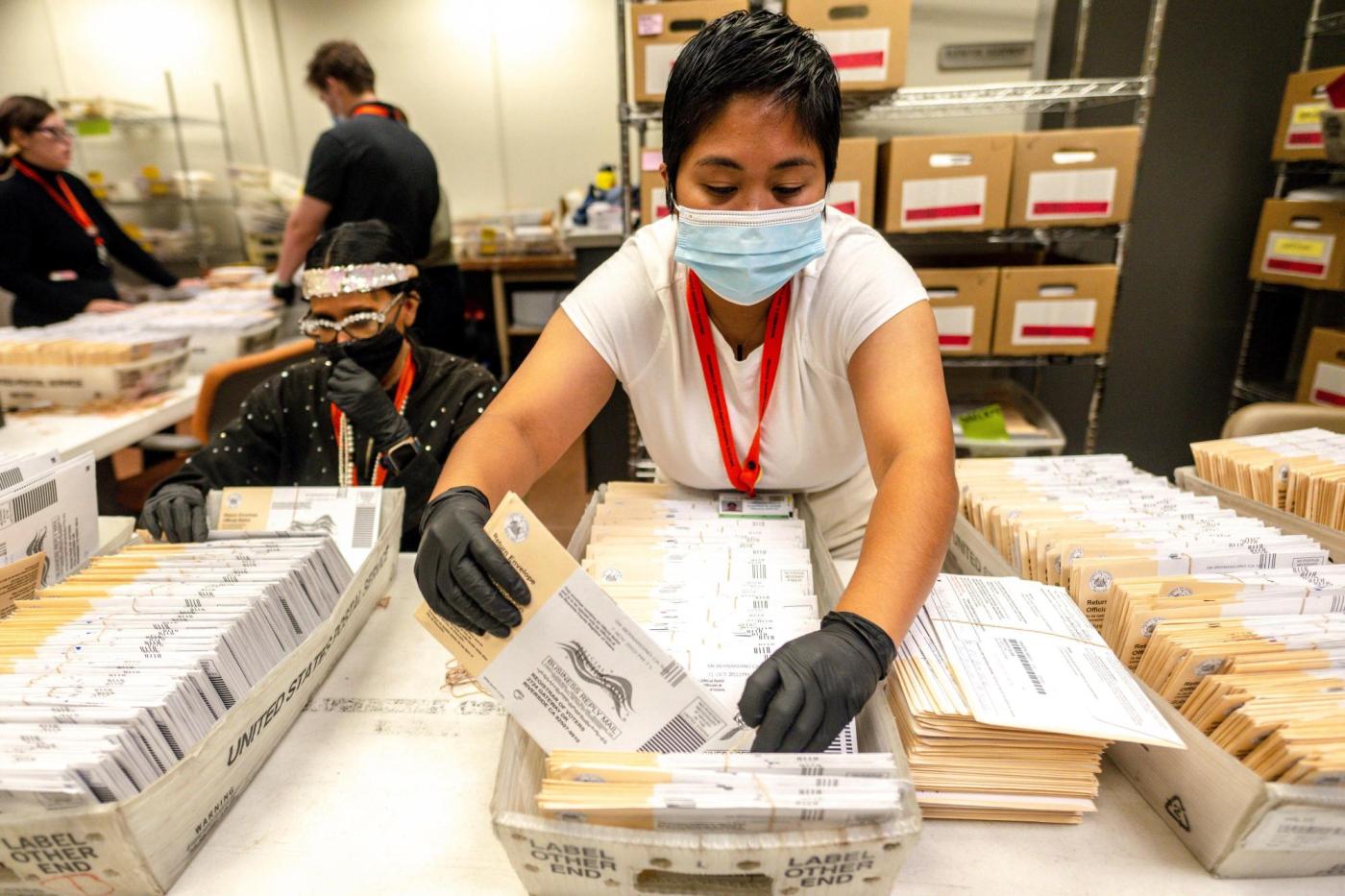 SACRAMENTO, Calif. (AP) — California delivered Republicans the seat they needed Wednesday to take control of the U.S. House, but just how much of an edge the GOP will have in the chamber remains uncertain as the state’s seemingly drawn-out vote count continues.

After the balance of power in Washington sat in limbo for days, Republican incumbent Mike Garcia’s victory in the 27th Congressional District finally won the party its 218th seat. Six of the eight other races The Associated Press has yet to call are in California, though one is between two Democrats.

In some of those races, ballots are coming in at a trickle.

Placer County in California’s 3rd Congressional District, for example, reports that it has more than 105,000 outstanding ballots. The county added just 490 votes to its totals in the district Tuesday, and it doesn’t expect to report results again until Friday.

California’s lengthy count may be frustrating to candidates and anxious voters. But election officials say the process is designed to make it as easy as possible for people to vote and ensure every ballot is accurately counted.

“We have a huge population of registered voters and California stresses enfranchisement, so we have a process that by law ensures both voting rights and the integrity of elections,” Secretary of State Shirley Weber said in a statement this week. “I would call on all everyone to be patient.”

HOW DO CALIFORNIANS VOTE?

California has 21 million registered voters, more than any other state, and one of the nation’s most expansive vote-by-mail policies.

As of Wednesday afternoon, more than 8.8 million ballots had been processed in California — more than have been counted in either Texas or Florida, the nation’s second- and third-most populous states.

Weber’s office estimates that about 2.3 million remain to be tallied, most of them mail-in ballots.

People who voted by mail had a choice of sending their ballots back or dropping them off at a vote center. Ballots postmarked by Election Day are counted as long as they arrive at county election offices within seven days.

In Texas, by comparison, mail ballots must be postmarked by Election Day and received by election officials by the following day.

Processing mail ballots is a lot more complicated than simply feeding them through a counting machine. The tallying itself is often fast — it’s the work that must happen ahead of time that takes a while, said Donna Johnston, …read more

EXPLAINER: Why California has so many votes left to count

How concerning is Justin Fields’ left shoulder injury? How has Luke Getsy performed as OC? 4 questions facing the Chicago Bears.