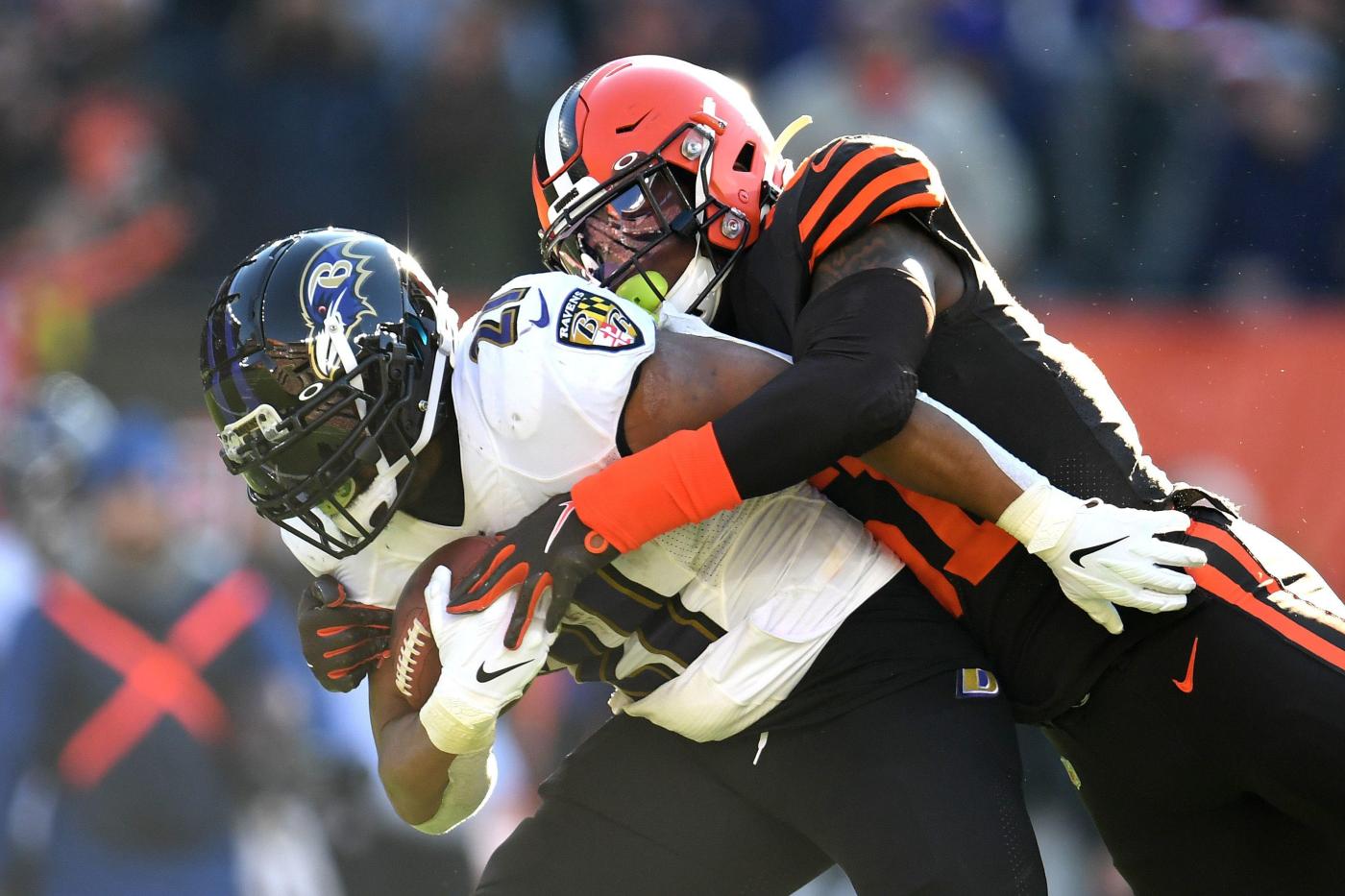 Quarterback Justin Fields has been on a tear over the last month, not only boosting the production of his offense but putting his fingerprints — or maybe more accurately his footprints — all over the team and league record books. The Chicago Bears are 3-7 and on their way to Atlanta for Sunday’s game against the Falcons. But Fields’ recent breakthrough has created undeniable energy in Chicago while turning heads across the NFL. Here is a Fields-centric offering of 12 record-related numbers.

Length of Fields’ fourth-quarter touchdown run against the Detroit Lions on Sunday, the longest ever by a Bears quarterback. Fields broke the previous mark of 61 yards — which he seven days earlier on an electric scoring run against the Miami Dolphins. Before that, Vince Evans held the team record, a 58-yarder against the Houston Oilers in November 1980.

NFL record for longest run by a quarterback, a 2013 dash by the Oakland Raiders’ Terrelle Pryor against the Pittsburgh Steelers. At this point it’s fair to ask whether it’s only a matter of time before Fields cuts loose and tops Pryor’s feat. In addition to Pryor, four other quarterbacks have had a run of at least 80 yards: Colin Kaepernick (90 in 2014), Marcus Mariota (87 in 2015), Kordell Stewart (80 in 1996) and Daniel Jones (80 in 2020).

Rushing yards by Fields in the Bears’ Nov. 6 loss to the Dolphins at Soldier Field, setting a team and league single-game record for a quarterback. The Bears’ previous record was 127, set by Bobby Douglass against the Raiders in 1972. The NFL mark was Michael Vick’s 173 in a 30-24 Atlanta Falcons overtime win against the Minnesota Vikings on Dec. 1, 2002.

Rushing yards by Fields over the last five games, the most by a quarterback over a five-game span in the Super Bowl era. During that span, Fields has had five runs of at least 20 yards.

Rushing yards by the Baltimore Ravens’ Lamar Jackson during his MVP campaign in 2019, a single-season NFL record for quarterbacks. Jackson had 179 rushing attempts, averaged 6.9 yards per carry and scored seven rushing touchdowns.

Rushing yards by Fields through 10 games. He is averaging 7.2 yards per rush and at his current pace is on track for 177 rushing attempts, 1,273 yards and 10 rushing touchdowns. The yardage total would break the team’s single-season quarterback record, set by Douglass with 968 in …read more

Justin Fields is putting his footprints on the Chicago Bears and NFL record books. Here are 12 eye-catching numbers on the QB’s historic run.

10 best credit cards for bad credit of December 2022: Secured and unsecured cards, including some that earn cash back or flexible points