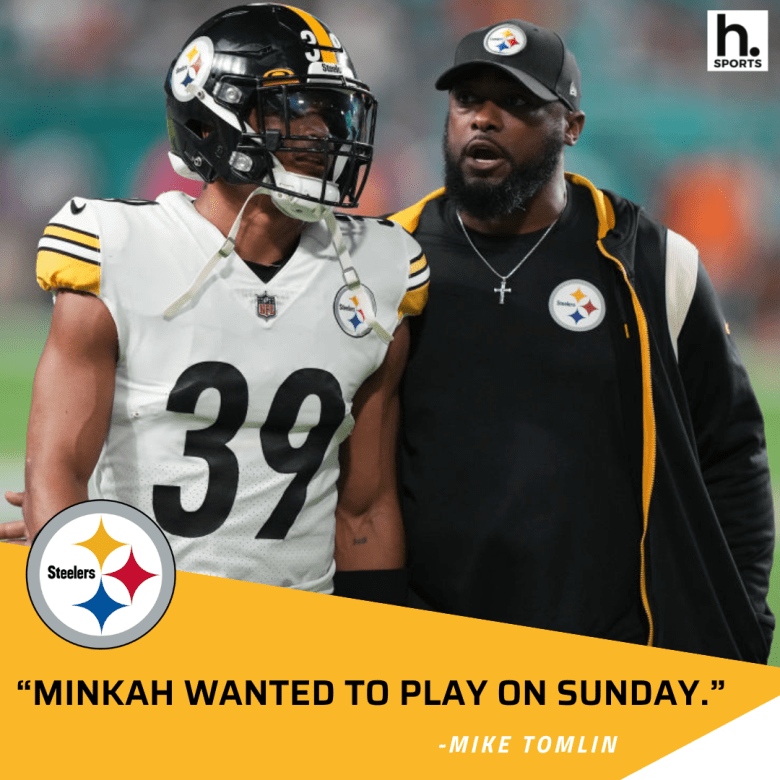 The last time the Pittsburgh Steelers took on the Cincinnati Bengals — way back on September 11 — it resulted in arguably the craziest overtime game of the NFL season. The Steelers’ defense harassed quarterback Joe Burrow to the tune of four interceptions, seven sacks and two fumbles. Though Pittsburgh’s offense failed to capitalize on opportunities gift-wrapped by the defense, it still came away with a 23-20 win.

Since the opening week, Burrow’s cleaned up his act, which was initially hampered by a July appendix rupture and very little time with his receivers. According to Pro Football Reference, Burrow has thrown for 2,197, 16 scores and just two picks since that fateful day.

605 of those yards and six of those touchdowns were to reigning offensive rookie of the year, Ja’Marr Chase. The star receiver put up 129 yards on 10 receptions and found paydirt 10 weeks ago. Overall, Chase has a 77-yards-per-game average versus the Steelers and a 71 percent catch rate.

But Pittsburgh catches a break, as Cincinnati is without Chase on November 20. According to a tweet from ESPN’s Adam Schefter, Chase injured his hip on October 16 versus the New Orleans Saints and reaggravated it on October 23 versus the Atlanta Falcons.

Reports are mixed on when he could return, but it won’t be anytime the Steelers play them unless it’s in the playoffs (insert joke here).

#RuleTheJungle Ja’Marr Chase is 4 weeks out from reinjury of torn labrum & fracture in his hip.

Realistically he may return in 2-4 more weeks.

Best case scenario W13, albeit with an increased risk of reinjury ROS. https://t.co/y3oRxmMdz0

As the Pittsburgh Steelers know all too well, the Bengals can wreak havoc in a number of ways. Though they are without Ja’Marr Chase for the time being, Tee Higgins and Tyler Boyd will present a challenge for Pittsburgh’s secondary. Higgins has averaged 71 yards per game versus the black & gold and two scores. Boyd, who’s been around the block a few times, has 425 yards …read more

Wish You Were Here: Cruising the United Kingdom