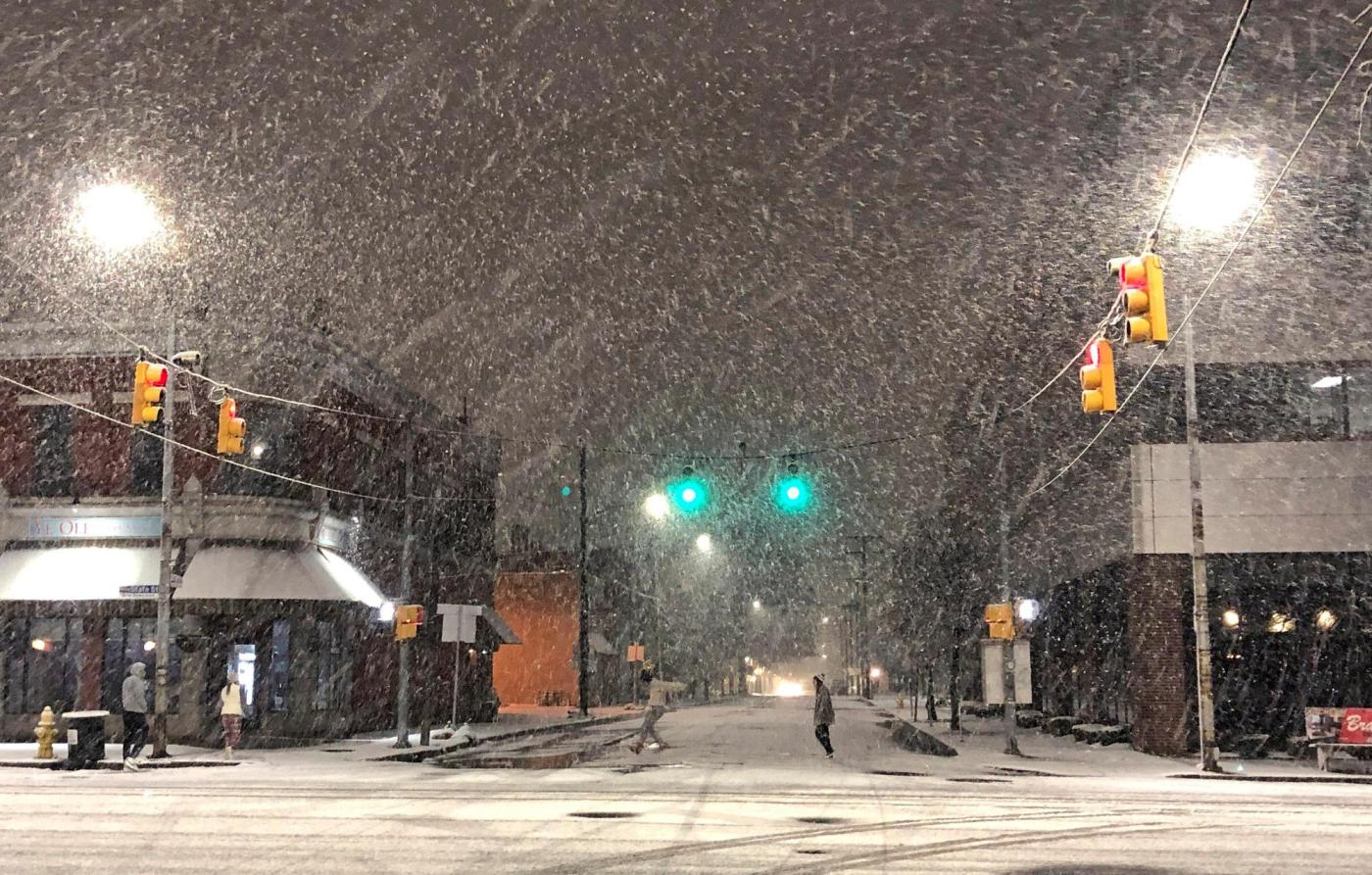 BUFFALO, N.Y. (AP) — A dangerous lake-effect snowstorm paralyzed parts of western and northern New York on Friday, with 3 feet (0.91 meters) of snow already on the ground in some places by early afternoon. The storm was blamed for the deaths of two people stricken while clearing snow.

The storm’s severity varied widely due to the peculiarities of lake-effect storms, which are caused by frigid winds picking up moisture from the warmer lakes, and dumping snow in narrow bands.

Residents in some parts of Buffalo awoke to blowing, heavy snow, punctuated by occasional claps of thunder, while just a few miles north, only a few inches had fallen overnight and there were patches of blue sky.

The worst snowfall so far was south of the city. The National Weather Service reported 2 feet (0.61 meters) of snow in many places along the eastern end of Lake Erie, with bands of heavier precipitation bringing 36 inches (91 cm) in the Buffalo suburbs of Hamburg and Orchard Park, New York.

Schools were shuttered. Amtrak stations in Buffalo, Niagara Falls and Depew closed Thursday and will stay closed Friday. Numerous flights in and out of Buffalo Niagara International Airport were canceled.

The storm was blamed for two deaths, Erie County Executive Mark Poloncarz said, tweeting they were “associated with cardiac events related to exertion during shoveling/snow blowing.”

“We send our deepest sympathies and remind all that this snow is very heavy and dangerous,” he said.

Even before the snow began falling, the NFL announced it would relocate the Buffalo Bills’ Sunday home game against the Cleveland Browns from its Orchard Park stadium to Detroit.

A day later, the Bills tweeted photos of Highmark Stadium showing the playing field and its more than 60,000 seats virtually buried in snow, and forecasters warned of an additional foot or more by Sunday.

Scott Fleetwood of West Seneca captured video of lightning crashing outside his home throughout the night, as well as snow swiftly burying the pumpkins on his porch.

“The sky is white. … Everything’s white. The only thing you can see really is the house across the street,” he said.

“My tiki bar is now an igloo,” he added.

Zaria Black of Buffalo cleared several inches of snow off her car Friday morning as she prepared to go to work. The Amazon employee expected she’d be outside much of the day and was nervous about the condition of the roads.

The Fed has smashed the housing market and killed rampant speculation – and that means ‘we’re almost there’ with inflation, former PIMCO chief economist says