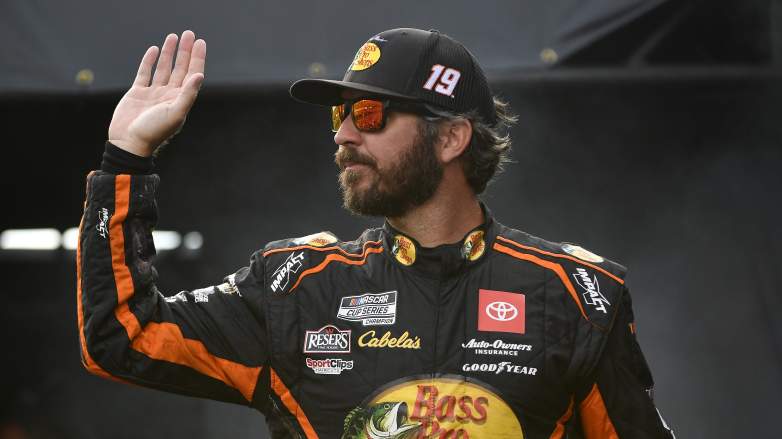 The 2023 NASCAR Cup Series season will feature numerous storylines, such as the opportunity for winless drivers to break their streaks. One of the biggest will be the futures of Denny Hamlin, Kevin Harvick, and Martin Truex Jr.

The three veteran drivers all enter the 2023 season with uncertain futures. Harvick is under contract with Stewart-Haas Racing while Truex agreed to rejoin Joe Gibbs Racing for the 2023 season. Hamlin signed a multi-year deal with JGR ahead of the 2021 season.

The exact details of Hamlin’s extension were not divulged by him or JGR. However, Adam Stern of the Sports Business Journal reported during an appearance on SiriusXM NASCAR Radio that the deal will expire after the 2023 campaign. The same goes for primary partner FedEx.

Will Hamlin retire after the 2023 season and focus on running 23XI, or will he aim to secure a new contract and remain with Joe Gibbs Racing? The veteran does not know the answer, but he told Dale Earnhardt Jr. in May that he wants to close out his career with FedEx as his primary partner. He also said that he wants to win his last start.

“I would like to retire at Gibbs with FedEx,” Hamlin said during a May appearance on “The Dale Jr. Download” podcast. “Because it’s so unique to have a sponsor that has been a part of the sport as long as they have and backed me as long as they have. I just… there’s just no way I could leave them.

Hamlin’s future will remain a focus during the 2023 season, especially if he adds more wins to his total and ties Tony Stewart on the all-time list. He remains in his prime, so it’s possible that he could return to JGR once again.

Truex Will Take His Future Season-by-Season

GettyMartin Truex Jr. will return to Joe Gibbs Racing in 2023.

Truex became the focus of many conversations throughout the first half of the 2022 Cup Series season. His contract was set to expire after the season finale at Phoenix Raceway, but he did not provide any information about whether he would return or retire.

The conversation changed on June 24. Joe Gibbs Racing tweeted out a simple message confirming that Truex would return for the 2023 Cup Series season. He would be back in the No. 19 Toyota Camry TRD while pursuing his second career …read more