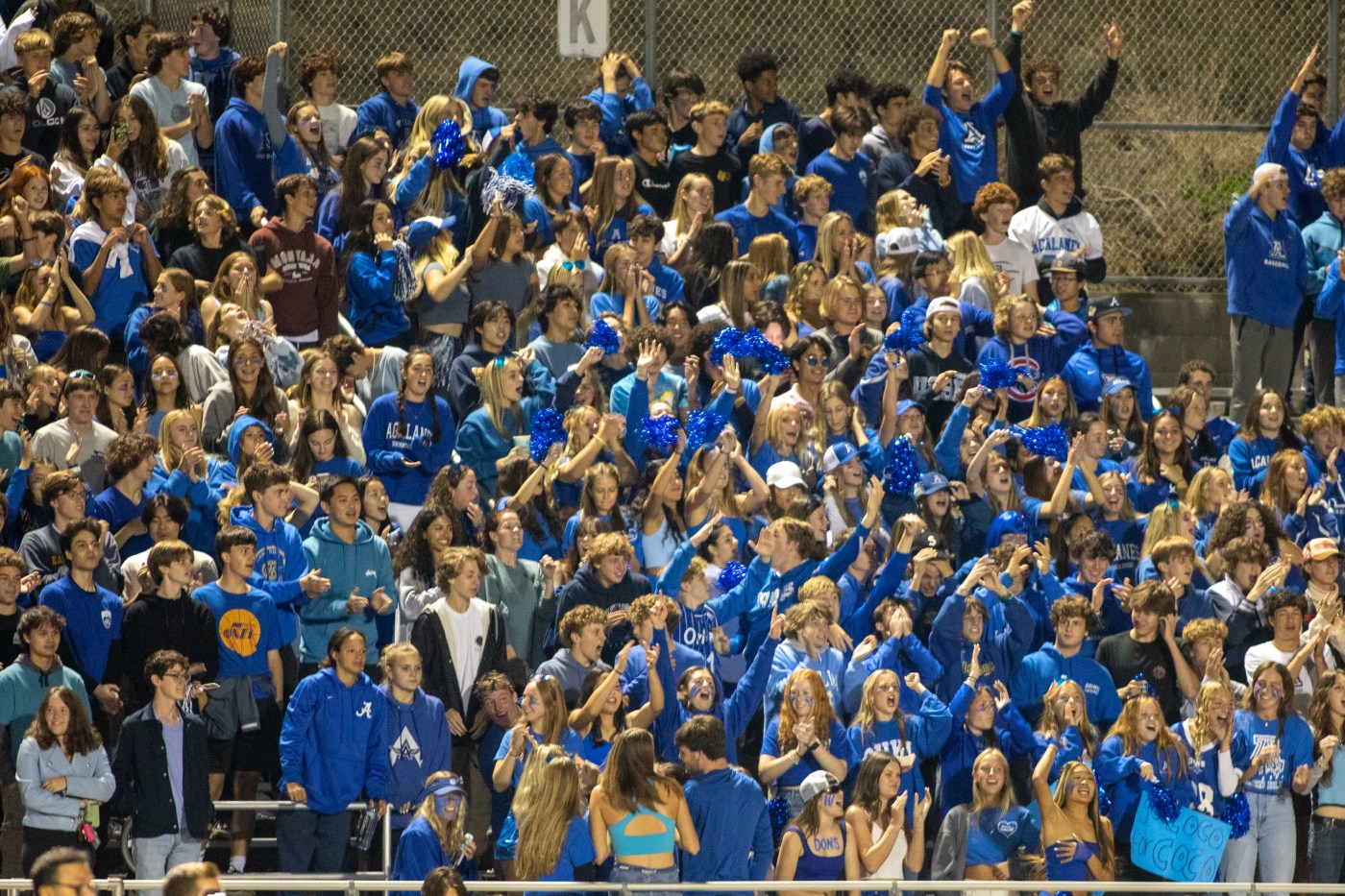 LAFAYETTE – Acalanes rallied from a two-touchdown deficit in the third quarter to tie the score in the final period Friday against visiting Cardinal Newman in a North Coast Section Division IV semifinal.

“We just made too many mistakes, and they didn’t,” said Acalanes coach Floyd Burnsed, whose team had five turnovers. “It comes down to fumbles, interceptions. I think they only had one offensive touchdown.”

That statistic was correct, as Acalanes’ defense held Cardinal Newman in check for much of the game.

When asked how his offense figured out Acalanes’ defense, Cardinals coach Richard Sanchez said, “I don’t think we did figure it out, other than just trying to get the clock down to kick that last field goal. But our running backs missed a couple of holes early in regards to their reads and inside zone, and we struggled on the edges.”

After a scoreless first quarter, Cardinal Newman (8-4) reached the end zone first on a 16-yard interception return for a touchdown by Zachary Homan. He had quite a game, as he accounted for his team’s other touchdown in an unusual way.

On a fourth-and-two running play from the 50-yard line, teammate Santino Acevedo burst through a hole and appeared to be headed toward the goal line when he fumbled at the 15. But Homan picked up the ball and finished the play, and suddenly Cardinal Newman had a 14-0 lead with 9:38 left in the third quarter.

However, a fumble recovery by Acalanes’ Justin Zegarowski gave his team the ball on the Cardinal Newman 31-yard-line later in the quarter. Four plays into the drive, the Dons’ Ellis Burger sprinted into the end zone from 15 yards out, and the point-after-touchdown kick by Tyler Worthington cut the Cardinals’ lead in half.

Finding new life, the Acalanes offense followed a three-and-out by Cardinal Newman with a 65-yard touchdown drive. Burger again ended the drive with a score, this time by reaching to put the ball over the cone on the right side of the end zone as he was being forced out at the 1-yard line. With 10:24 to go in the fourth quarter, Acalanes had tied the score at 14.

‘A gimmick’: Liberal Calgary MP decries sovereignty act, calls on province to work on issues of the day