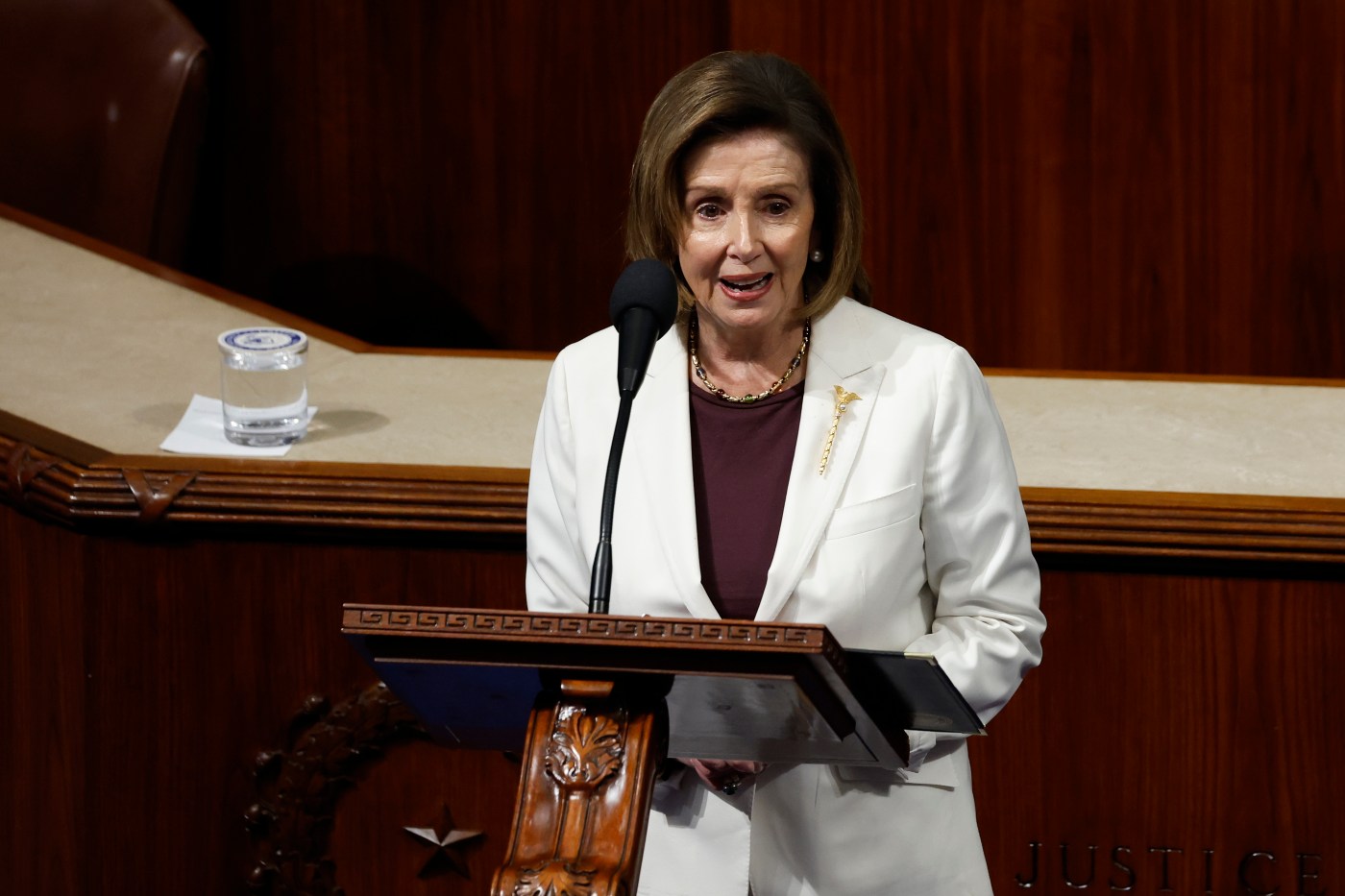 The departing House speaker was, as ever, immaculately turned out. She wore white, the color of the suffragette movement, of which Pelosi was a legatee and enormous champion.

She read, dutifully, from prepared remarks that were filled with the typical exhortations and platitudes — a reference to the “Star-Spangled Banner,” a paean to the Capitol and its moon-glow dome at night — that pepper her often-uninspiring speeches.

Above all, she was clear-eyed and unsentimental. Her voice only briefly quavered when Pelosi mentioned her husband, Paul, who is still recovering from an attack by a hammer-wielding assailant who, police say, invaded the couple’s San Francisco home on a mission of hatred and political vengeance.

Pelosi’s great strength has never been that of a public speaker. Rather, it is the skills she brought to the speakership: tremendous political savvy, a mastery of the legislative process, a lack of blind ideology and — not least — the ability to count votes, read a room and know when it was time to call the vote, and time to move on.

Pelosi had given her word, four years ago when her hold over the Democratic caucus was shaky under pressure from ambitious younger members, that she would serve no more than two additional terms in the speakership.

That time runs out in January, and Democrats’ far-better-than-expected showing in last week’s midterm election gave her a graceful way to keep her word. She knew her departure was being anticipated — though she said her phone was “exploding” in recent days with pleas to remain as Democratic leader — and now she can take her leave and do so beneath no dark cloud.

Her decision to stay in Congress, falling back into the ranks of Democratic members, was a surprise, though Pelosi — the first female speaker in history and one of the most accomplished ever to wield the gavel — will clearly be no typical back-bencher.

President Biden and Pelosi’s counterpart in the Senate, Majority Leader Charles E. Schumer, made clear their desire she stay on, and she will doubtless be available for counsel to those two and whoever takes her place as head of the Democratic caucus.

For her part, Pelosi told reporters Thursday she had no intention to meddle or second-guess.

(Shrewd to the last, it seemed no accident that Pelosi’s announcement coincided with — and vastly overshadowed — Republicans’ first day as the …read more

Barabak: Essence of Pelosi comes through in her not-farewell address

TasteFood: Chile verde can utilize turkey leftovers — but it doesn’t have to