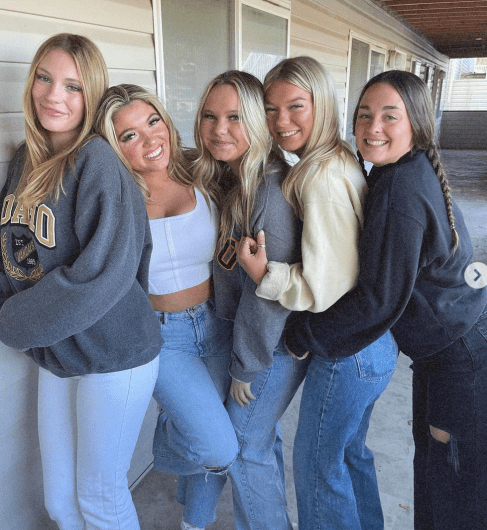 That’s according to Goncalves’ sister, who revealed the information to “Inside Edition.” She did not give the last name for Jack. His identity has not been revealed. It’s also not clear why Goncalves and Mogen called Jack.

A University of Idaho student named Jack Showalter has been the subject of Reddit threads on the case, but it’s not clear whether Showalter is the Jack the victims called. Police have not indicated that Jack Showalter has anything to do with the case at all. Showalter is friends on Facebook with Goncalves’ boyfriend Jake Schriger, whose mother spoke to the news media, saying her son’s life has been turned upside down by the murders. Goncalves was also close with a man named Jack Ducoeur, who posted a photo with her on Facebook. However, again, there is no indication he has anything to do with the case at all or that he is the Jack she called.

Police are still searching for a suspect or suspects in the slayings of the four University of Idaho students – Goncalves, Mogen, Xana Kernodle and Ethan Chapin.

InstagramBethany Funke and Dylan Mortensen with the four victims

Authorities have said they believe the murders occurred between 3 a.m. and 4 a.m. in the Moscow home Goncalves and Mogen shared with other students.

Goncalves posted pictures with a man named Jack on Instagram, but it’s not clear whether that’s the Jack she called, either.

Reddit has lengthy threads devoted to clues and suspect theories, which range from a possible stalker to …read more