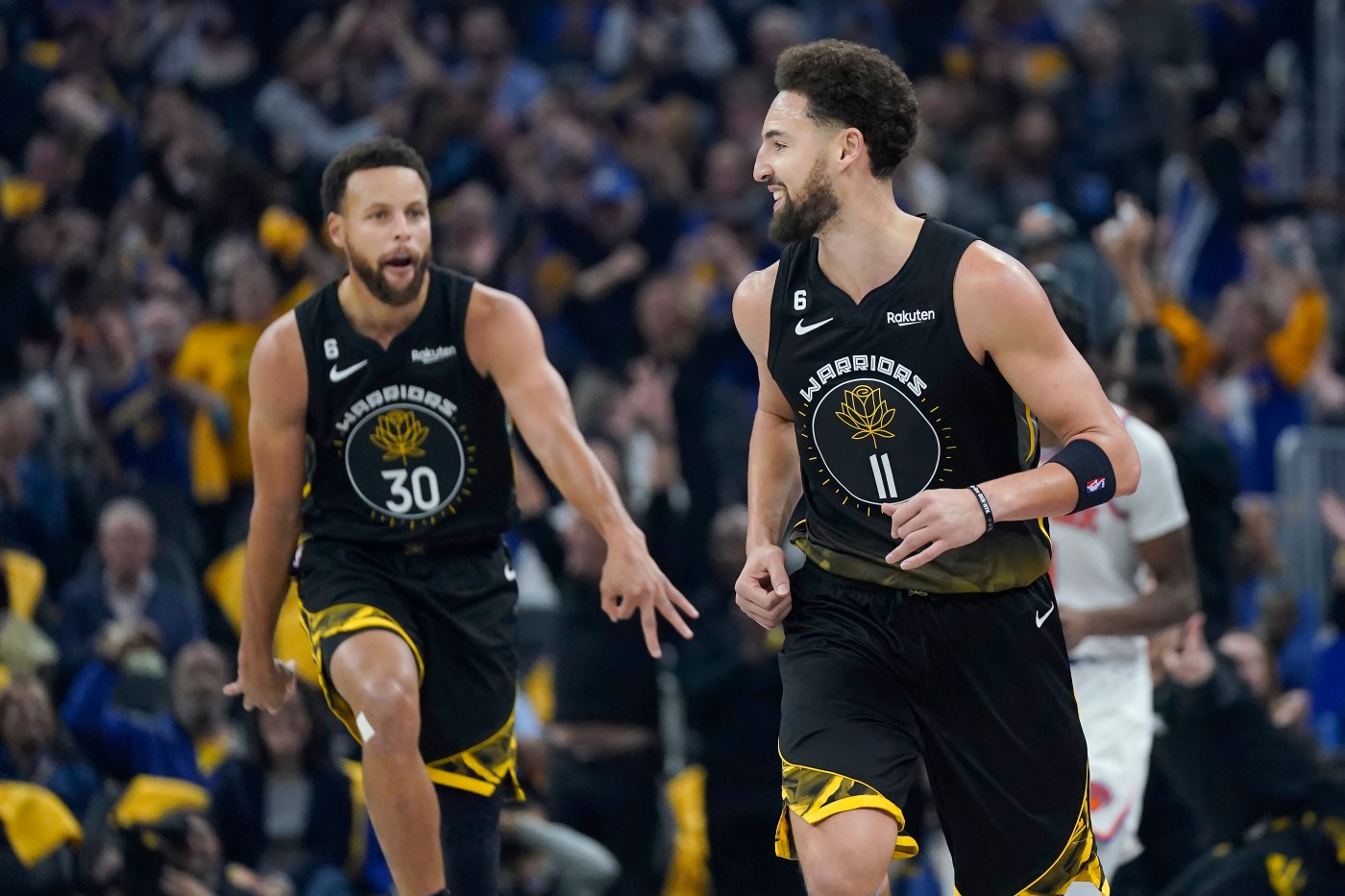 SAN FRANCISCO — After another road loss in Phoenix, a fiery coach Steve Kerr called out the team’s lack of commitment to each other and indicated they weren’t playing for one common goal.

The Warriors changed their ways — at least for one night — Friday in their 111-101 win over the New York Knicks.

Golden State had great ball movement and energy through the first three quarters. It faded in the fourth as the Knick came back from a double-digit deficit only for the Warriors to put the game away down the stretch.

Klay Thompson was one guy in particular who was noticeably different Friday. After trying to shoot his way out of an early-season slump Wednesday night, Thompson removed his blinders against the Knicks and didn’t force his game.

Thompson got off to a hot start, scoring 11 points in the opening quarter. In one stretch, Stephen Curry fed Thompson for back-to-back 3-pointers. Jonathan Kuminga was seen twirling near the bench before one of Thompson’s shots even fell.

The Warriors shooting guard cooled off before heating back up in the fourth when the Warriors needed him. He recorded seven of his 20 points in the final 12 minutes. Thompson shot 50% Friday night for the first time this season.

Stephen Curry didn’t go nuclear as he had done at least three times in the last week, including a 50-point gem Wednesday night in a loss to the Phoenix Suns. But the Warriors didn’t need him to.

Steve Kerr weighs in on why Warriors have struggled on road

What to know about James Wiseman’s G League assignment

Still, he led all scorers with 24 points and contributed six rebounds, 10 assists and …read more