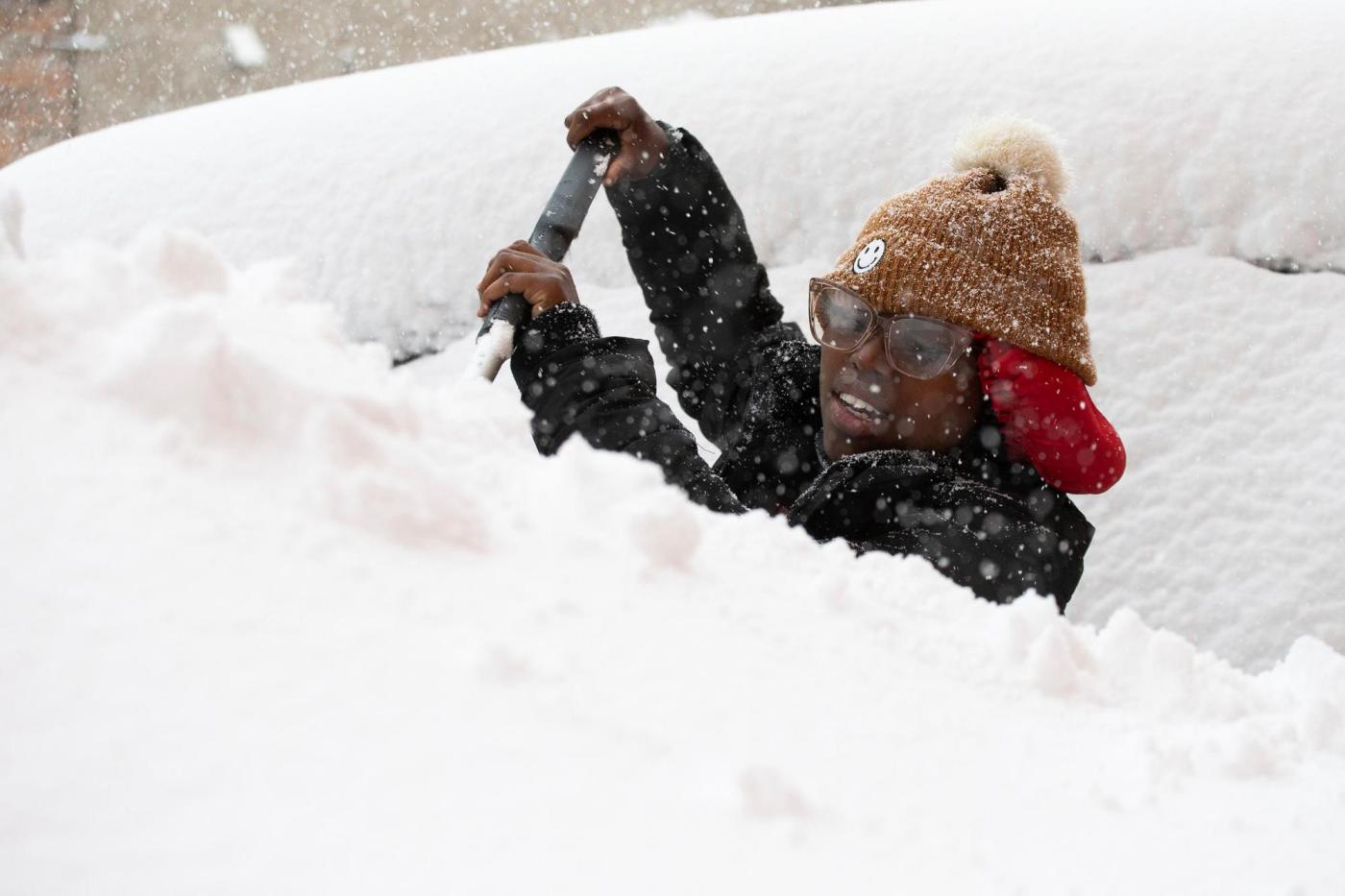 BUFFALO, N.Y. — A massive storm dumped several feet of snow in the areas ringing Lake Erie and Lake Ontario, causing at least three deaths, forcing an NFL game to be moved and creating gridlock as tractor-trailers detoured onto smaller roads to avoid a closure of part of Interstate 90 in western New York.

The lake-effect storm had produced more than 6 feet of snow in some areas by Saturday morning. The Buffalo metro area was hit particularly hard, with some areas south of the city bearing the brunt. The front had begun to move northward from Buffalo by Saturday, but forecasts called for more snow as Monday approached.

According to the National Weather Service, the suburb of Orchard Park, home to the NFL’s Buffalo Bills, reported 77 inches (196 centimeters) by early Saturday. About 80 miles (129 kilometers) northeast of the city, the town of Natural Bridge, near the Fort Drum Army base, reported just under 6 feet.

The inundation forced the National Football League to move Sunday’s game between the Bills and Cleveland Browns to Detroit.

The National Weather Service predicted partial sunshine and a break from the snow on Saturday in New York, but not for long.

“Later on this evening and through early next week, we’re expecting another round of lake-effect snow for much of western New York,” National Weather Service meteorologist Zack Taylor told The Associated Press. Taylor, based in College Park, Maryland, said that could produce as much as 15 inches (38 centimeters) of snow for areas near Lake Erie and 2 feet (61 centimeters) for areas near Lake Ontario.

In the Buffalo area, Erie County Executive Mark Poloncarz tweeted that two people died “associated with cardiac events related to exertion during shoveling/snow blowing.” A third person – a snowplow driver in the town of Hamlet, Indiana – was killed Friday when his plow slid off the pavement and rolled over, the Starke County Sheriff’s Department. Hamlet is about 30 miles (48 kilometers) from Lake Michigan.

In other tweets, Poloncarz expressed frustration at reports of trucks getting stuck on smaller roads as they tried to get around the I-90 detour. A video posted online showed a line of trucks backed up on a street in Orchard Park.

The weather didn’t deter one Buffalo-area couple from tying the knot on Saturday, a year after they became engaged. Robert Junge said he and fiancee Maria Szeglowski decided on a …read more

Police investigating three shootings in Denver; three victims have been taken to the hospital

You can now use Venmo to pay at Amazon, but you probably shouldn’t if you value credit card rewards

Abcarian: On the fifth anniversary of the #MeToo movement, the reckoning continues