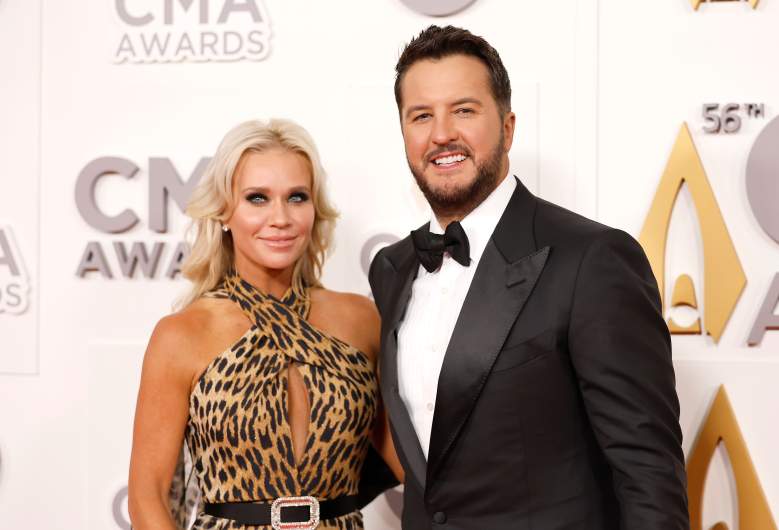 Fans of “American Idol” judge Luke Bryan have been worried about the health of his notoriously spunky and sassy wife, Caroline, ever since she shared on Instagram that she’d undergone an “unexpected hip surgery” and was being cared for by numerous girlfriends. She’s now given additional clarification about what happened and why she’s now in a wheelchair. Here are the details…

On November 14, 2022, Caroline shared an Instagram photo of herself giving two thumbs-up in a pre-op room, likely at the Bone and Joint Institute of Tennessee, which she tagged. She also included video of her friends taking care of her while she remained in bed, including one who held up a black-and-white t-shirt that read “Straight Outta Hip Surgery.”

Caroline wrote, “Well… unexpected hip surgery…. but I got the best care and surrounded by the most selfless friends ever!”

Fans were stunned to see Caroline, 42, laid up in bed mere days after accompanying Luke to the CMA Awards, which he co-hosted with Peyton Manning. On the post, many fans asked what happened, some jokingly blamed Luke, and others offered tips after having been through their own hip surgeries.

On November 18, Caroline put an end to the speculation by posting a new video to her Instagram Stories, explaining the situation as she got some fresh air while in a wheelchair.

“Finally getting out after a long week and these days I’m not walking, I am rolling in this,” she said, referring to her wheelchair. A friend walked alongside and in front of Caroline as she rolled herself down a long sidewalk.

“But I want to give an explanation,” Caroline continued. “I know I said ‘unexpected’ surgery. It wasn’t unexpected. I just wasn’t ready to accept it. I’ve known for a month I had to have it, so there was no emergency, no fall, no car wreck.”

The 42-year-old mom then explained, “I had a torn labrum, hip dysplasia, and a lot of arthritis. And so…it had gotten so bad that we just had to fix it. So that’s it. But I will do whatever they tell me to do to get better and get back out…because this not being able to move is not for me.”

Downtown San Jose’s ‘Miracle’ bars get into the holiday spirits