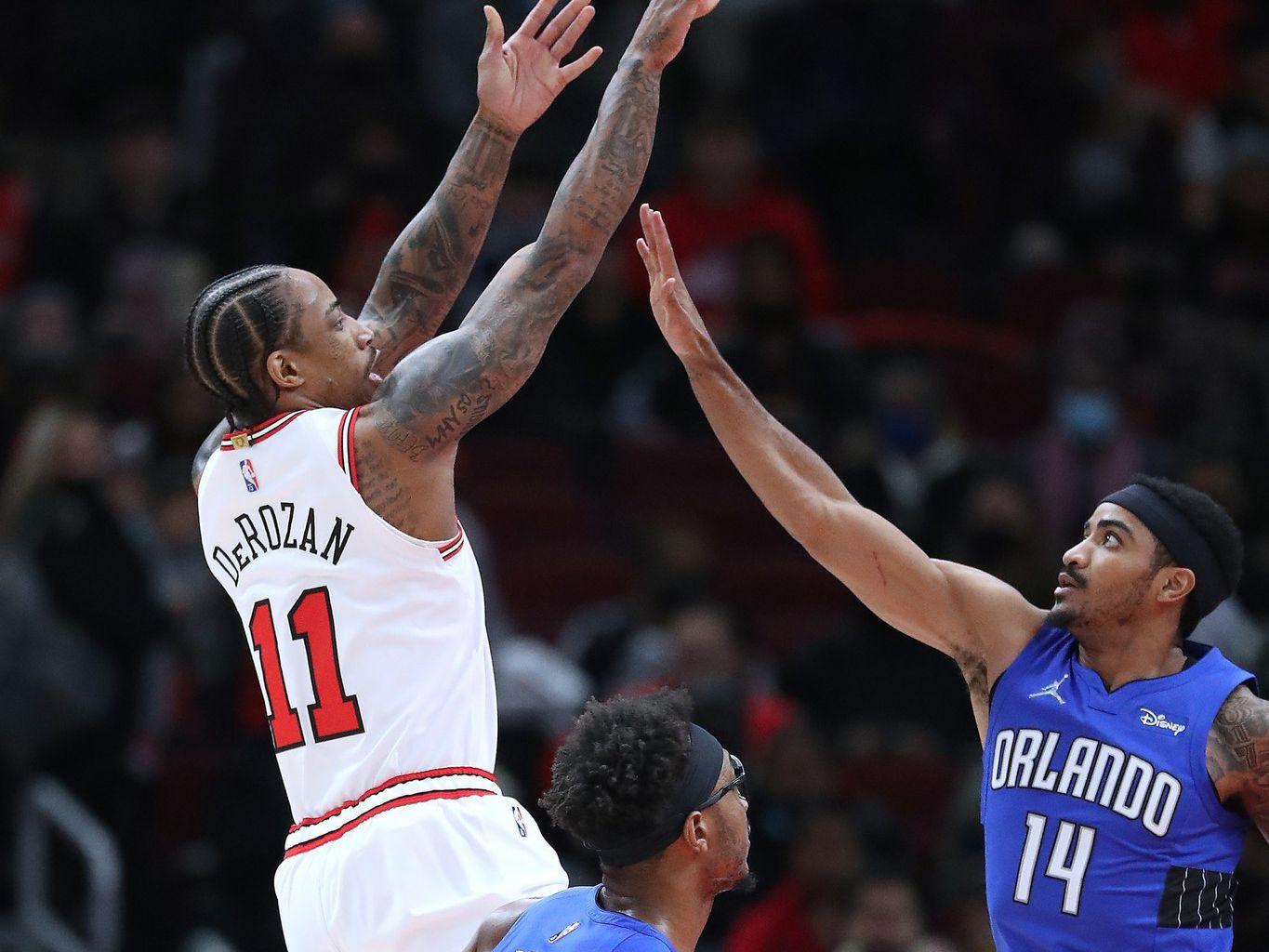 The Orlando Magic were significantly healthier for Friday’s road game vs. the Chicago Bulls at United Center.

Guard Gary Harris made his season debut while starting big man Wendell Carter Jr. was available after sitting for Wednesday’s loss to the Minnesota Timberwolves because of a strained right plantar fascia (soft tissue under the foot).

Harris subbed in off the bench with 4:18 remaining in the first quarter for his first game action since last season.

“Just that stability,” coach Jamahl Mosley said of what Harris brings to the team. “That veteran presence of understanding where to be on the floor, getting guys in the right position. It’s going to be great to have him back.”

Harris was upgraded to probable on the team’s Thursday injury report after being sidelined for the season’s start, missing the first 15 games because of left knee injury recovery.

He had arthroscopic surgery on his left knee in late August after tearing cartilage, which also forced him to miss training camp.

“I couldn’t really sleep much last night, but definitely happy to be back out there,” Harris said post-morning shootaround. “It was killing me sitting out, watching these guys play & not being able to help them out.”

Harris will help the Magic as an off-ball scoring threat with his cutting and 3-point shooting, especially in catch-and-shoot and spot-up situations.

He made a team-high 41.3% (4 attempts per game) of his catch-and-shoot 3s in 2021-22 and has ranked as an above-average-to-great cutter in six of the previous seven seasons, according to statistics provided to the league’s official website by Synergy.

“Ball movement, spacing, making sure guys are in the right spot and making sure we have a great flow to the offense at all times,” Harris responded when asked how he’ll help the Magic. “Defensively, being able to lock in, making sure we’re understanding assignment, putting pressure and doing everything we can to help this team win.”

Carter told the Orlando Sentinel he had been dealing with the injury for the previous 5-6 games before being sidelined Wednesday.

He wore extra padding in his shoe against his former team. Wednesday was his first absence.

“It just got really bad last game and just didn’t feel comfortable getting out there,” Carter said. “Knowing my body, knowing when I got pain I’m going to start favoring stuff. I didn’t want to end up hurting …read more

Ribeiro: Calgary’s new professional sports team will prove basketball can be about much more than basketball