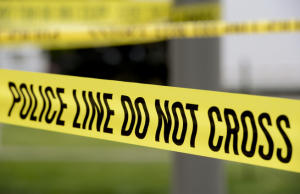 One person died and another was taken to a local hospital with serious injuries suffered in a three-vehicle collision in Commerce City.

The crash happened at about 6:45 p.m. Friday in the 6000 block of Sandcreek Drive South, police said in a news release.

An eastbound driver collided with two westbound vehicles, police said. One person died at the scene and another was taken to a local hospital with serious injuries. The cause of the crash is under investigation.

Eleven people have died in eight fatal traffic crashes this year in the city, police said.

One person dies, another seriously injured in a three-vehicle crash in Commerce City

10 affordable stocking stuffers any man would love — and actually use

Column: Joe Maddon is ‘humbled’ by Cubs fans in his return to Chicago to promote a new book