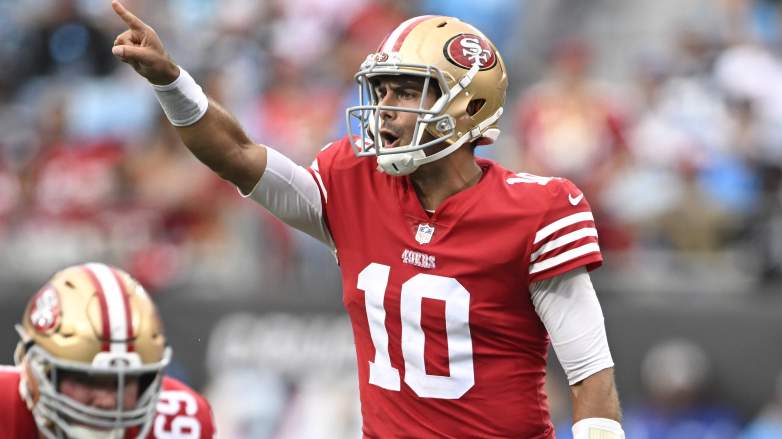 The Green Bay Packers have a couple of major decisions to make at the quarterback position moving forward, but it could be Aaron Rodgers who forces their hand on all of them.

This season is all but through for a team three games under .500 with an exceedingly tough schedule down the stretch. The Packers will need to decide by May of next year whether to extend backup Jordan Love on a pricey fifth-year option, which means he’s likely to take the reins sooner than later in 2022 so the organization can truly understand what sort of player it has.

Rodgers may or may not be perturbed by Green Bay pulling him out of meaningless games, but he has been annoyed each of the last two years by personnel decisions and a lack of skill talent in the receiver room. Both last offseason and the one before, the four-time MVP asked for a trade and threatened retirement — it would hardly be surprising if he did so again this spring.

The difference is that with $100 million guaranteed on his contract over the next two years and a massive decision on Love’s future looming, the Packers may finally have the necessary incentive to move on from their 15-year starting QB. It might only require the catalyst of Rodgers making a public show of discontentment once again to transform such a proposition into reality.

That’s exactly the scenario that one of the hosts of the God Bless Football podcast sees playing out in Green Bay.

“I don’t think he finishes his career in Green Bay, I think he’s got another stop,” said Stugotz, co-host of the Dan LeBatard Show with Stugotz and God Bless Football, on Friday. “I think he’s gonna go to Las Vegas, either Las Vegas or San Francisco, I do. I think he’s going to force his way out of there.”

GettyQB Jimmy Garoppolo of the San Francisco 49ers directs his team during a game against the Carolina Panthers at Bank of America Stadium on October 9, 2022 in Charlotte, North Carolina. (Photo by Eakin Howard/Getty Images)

The notion of Rodgers to the San Francisco 49ers is hardly a new one. The QB was born in …read more

Here are the best money market accounts for November 2022