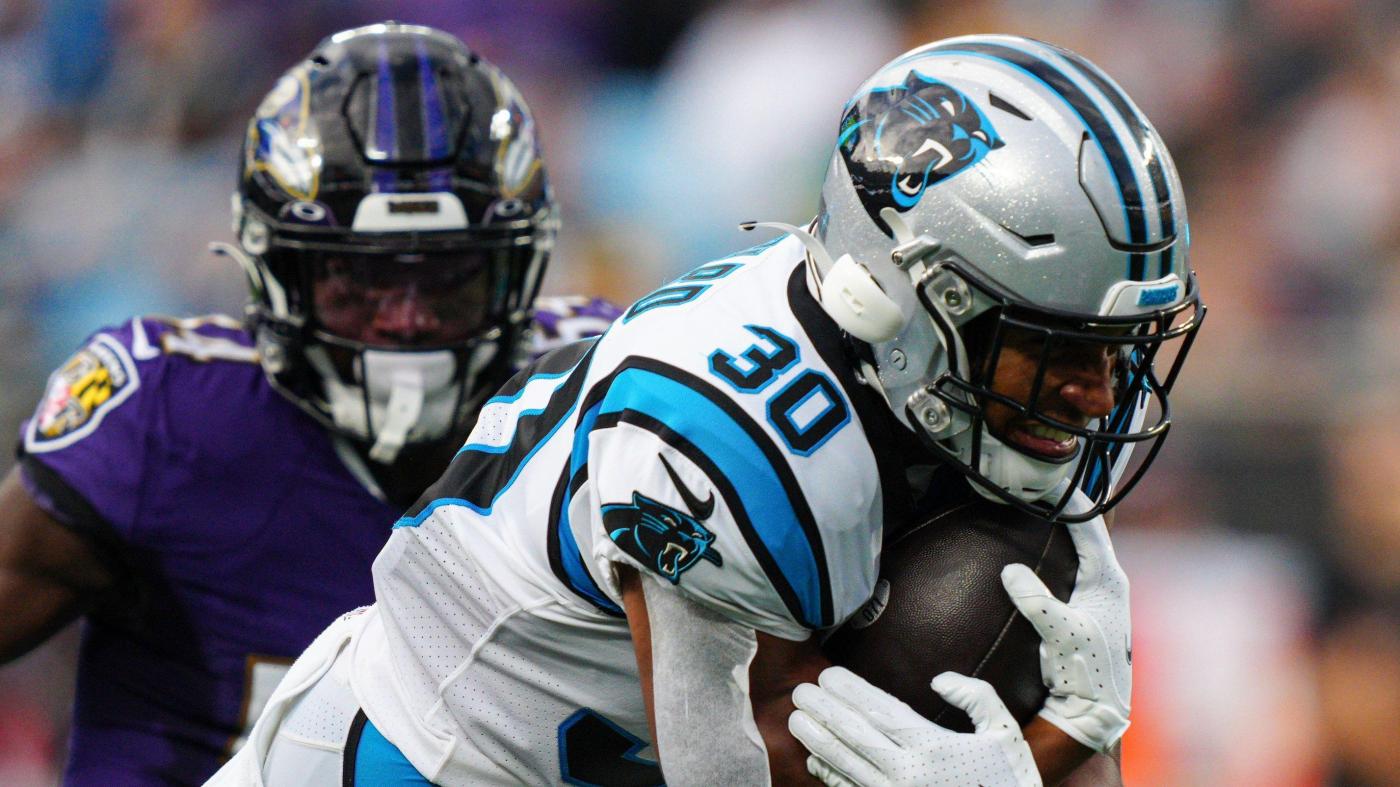 After a three-game winning streak and a welcome rest, the Ravens (6-3) will host the Carolina Panthers (3-7) to kick off their push for the postseason. The Ravens are heavy favorites, but do the Panthers, led by a familiar Baltimore nemesis in quarterback Baker Mayfield, hold any advantages?

Lamar Jackson attempted just 22 passes, completing 12 to 10 different targets, in the Ravens’ Week 9 victory over the New Orleans Saints. Was his passing line an outlier, dragged down by the absence of tight end Mark Andrews and a few misfires on deep throws? Or was it a harbinger of the way the Ravens will play with No. 1 wide receiver Rashod Bateman out for the season? Coach John Harbaugh sounded optimistic that Andrews (42 catches, 488 yards, five touchdowns), who has not played since the first half of the Ravens’ Week 8 win over the Tampa Bay Buccaneers, might face the Panthers. He’s questionable after being limited at practice Wednesday and Thursday. The Ravens would do well to make more use of wide receiver Devin Duvernay (25 catches on 33 targets, 318 yards, three touchdowns), whom Jackson targeted just once in the Saints game. On the plus side, rookie tight end Isaiah Likely became Jackson’s most frequent target in Andrews’ absence and responded with touchdown catches against both the Buccaneers and Saints. Despite the drop in his raw passing numbers, Jackson ranks fifth in ESPN’s QBR statistic measuring all-around quarterback play. He has benefited from excellent pass blocking by tackles Ronnie Stanley and Morgan Moses and guards Ben Powers and Kevin Zeitler.

The Ravens will face a defense that ranks 27th in pass DVOA, according to Football Outsiders. The Panthers feature a gifted young cornerback in Jaycee Horn (questionable with a foot injury), a powerhouse defensive tackle in Derrick Brown and a productive edge rusher in Brian Burns (seven sacks, 12 QB hits), but they have struggled to cover tight ends and rank 19th in third-down defense. They rank ninth in blitz rate, so Jackson will have opportunities to attack them with quick throws and perhaps take a few deep shots.

The Panthers rank last in passing DVOA, and Mayfield lost the starting quarterback job after five weeks, regaining it for this game only because P.J. Walker suffered a high-ankle sprain. The Ravens know the 2018 …read more

Ravens vs. Panthers scouting report for Week 11: Who has the edge?

Pac-12 MBB power ratings: As the non-conference season rolls on, the bad losses pile up